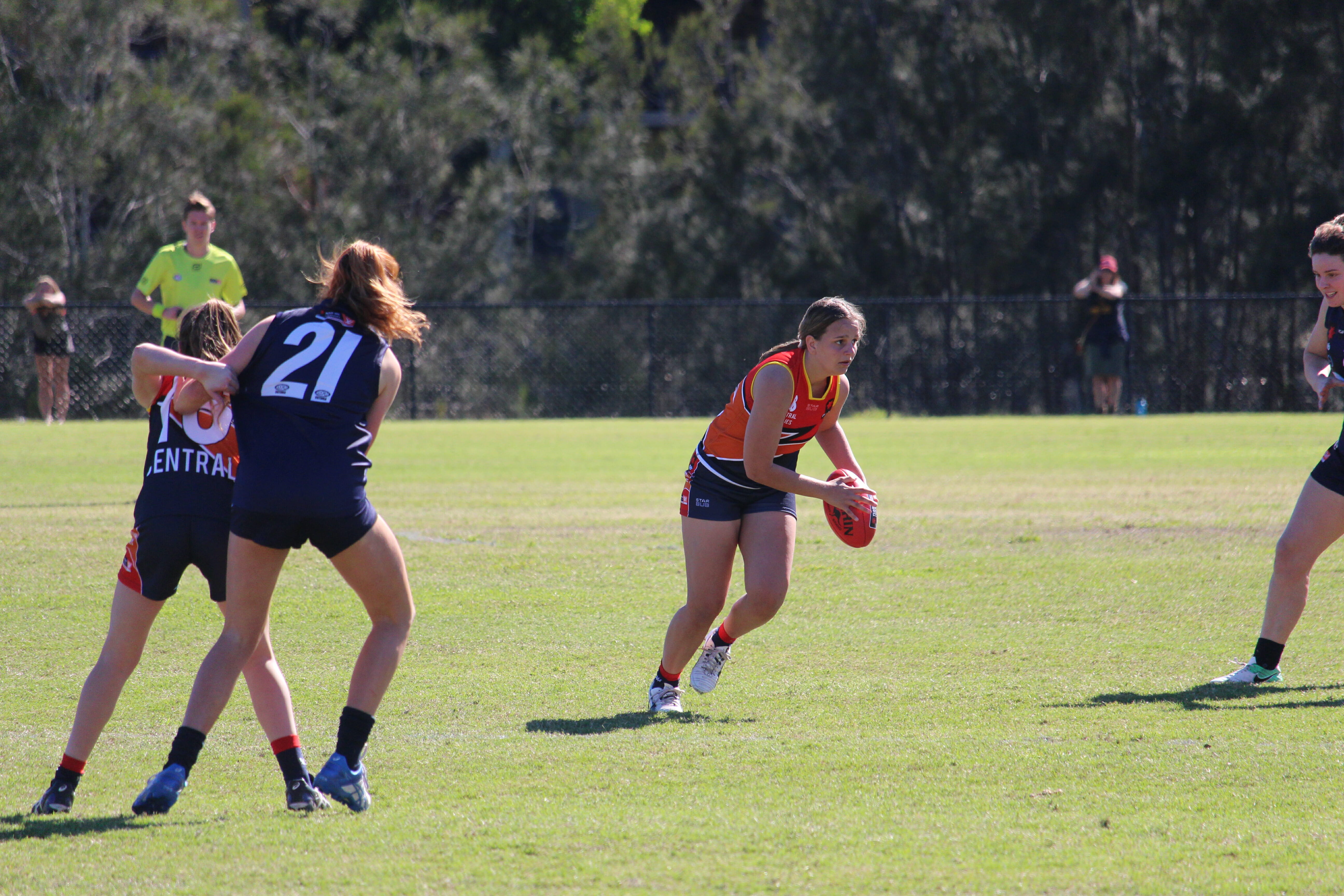 ROUND 4 of the Northern Territory Football League Women’s (NTFL) is set to be an interesting one, with a number of big matches making for a tough contest at this early stage of the season.

It is an early season battle between fifth and sixth in the opening match of the round, with St Mary’s set to take on Waratah. While Waratah have not had the start to the season they would have liked, they are still sitting on two wins from three matches making this match a very interesting contest given St Mary’s have lost to two of last season’s cellar dwellers. That being said, the Saints proved back in Round 1 they have the capacity to not only score but apply plenty of scoreboard pressure so cannot be underestimated by the Warriors. Waratah have plenty of players putting pressure on across the field, with Isabella Rapson-Staropoli and Jenna Singh creating issues for their opposition at every opportunity. Aaliyah Bailey has been a fresh burst of youth for the Saints, pairing well with Danielle Ponter to wreak havoc inside forward 50 so will surely put Waratah under the pump this week.

Big River Hawks will want to pull out all the stops this week, with a strong effort last round resulting in a devastating five-point loss. The side was so close to their inaugural Premier League win last round against Tracy Village so rest assured they will come out firing against the Wanderers. But for the Wanderers, they are sitting in an unprecedented position in fourth with two wins from three matches after finishing with only two wins all last season, making this a big match for the Eagles who will look to go one-up from last season and put a third win on the board to start the season on a high. For the Hawks, Crystal Brown, Deanna Peckham and Tiahne Munn have shown some good signs across the first few rounds while Wanderers’ Chonntel Vea Vea and Shekeine De Satge have well and truly proved themselves in their early season victories.

In another unprecedented ladder move, Palmerston Magpies are in a far from comfortable position in eighth on the ladder after being one of the teams to beat last season, making the Magpies a big threat to their Round 4 opposition in Tracy Village. The Razorbacks have only won one of their three matches this season, and only managed one behind across their first two games which puts the Magpies in good stead heading into this match. The Magpies will need all their big namers to stand up this week, with Natasha Medbury one who leads by example and Arthurina Moreen able to apply scoreboard pressure credit to her ability to find the ball. For the Razorbacks, Alexandra Biggs and Gabby Young are key while Zhoe Clarke has proved she can have an impact.

Southern Districts get the tough match against the undefeated Darwin Buffettes this week, but sitting in second the Crocs have a real chance of knocking the Buffettes off their high horse. While the Buffettes’ percentage is far too high for Districts to jump them with a win, it will give the side a massive confidence boost for the coming weeks. Up until last round the Buffs had only conceded one behind across their first two matches proving their strength not just in the forward line but also defensively, meaning the Crocs will need to produce a stellar performance echoing their Round 3 match against Pint to get over the line. Crocs’ Ebony Miller, Lateesha Jeffrey and Charles Deegan can be massive threats when left to their own devices while similarly the Buffettes have massive power players of their own with Collingwood draftee Machaelia Roberts a shining light for the side and pairing well with Tikesa Docherty-Cole and Michelle Ellis.

Nightcliff will look to continue their impressive start to the season, with a tight battle set between Nightcliff and Pint to finish off the round. Despite a far lower percentage than many above them Pint could nab an opportunity to shoot up the ladder with a win this week, while Nightcliff will want to secure a third win for the season to prove they deserve their ranking on the ladder in third after only putting one behind on the board in Round 3. Pint’s Jessie Baumer will be one to watch with four goals under her belt from two matches, while the side has a number of multiple goalkickers at this early stage of the season meaning they could be a force to be reckoned with. For Nightcliff, the likes of Eliza Morrison, Emma-Lou Wolsey and Laura de Hommel have applied plenty of on-field pressure already this season while the side’s leading goal kicker Shantel Miskin-Ripia sits on six majors from two games, making her a huge threat if she takes the field this week.