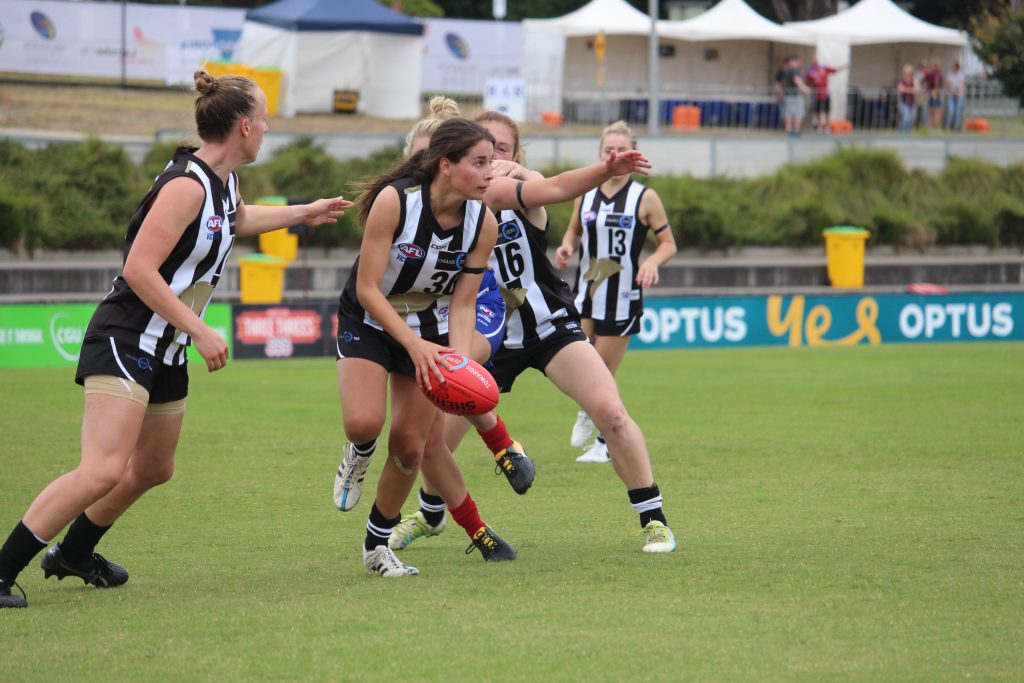 HOLDING four top ten picks – including the first – heading into Tuesday’s AFL Women’s Draft, much of the pre-draft chat surrounded how the Western Bulldogs would use their high-end selections.

They lost superstars Katie Brennan and Monique Conti to league newcomer Richmond after ending their premiership defence with just two wins and at the bottom of a strong Conference A. It called for rejuvenation, a new direction, and their raft of new pups would front it.

Player retention is currently a hot topic in the game, and one would think recruiting seven girls who had all played together under the very same coach they would look up to in their first AFLW season goes a long way to solving that issue. Indeed, new Dogs coach and former Sandringham/Vic Metro mentor Nathan Burke had a huge say in how his new side’s draft hand played out, and it saw his club remain a focal point carrying into the post-draft chat.

While the Brennan/Conti replacement theory is rather basic, wide-eyed and bubbly draftee Lagioia gave a similar analysis of how she might fit into the team alongside fellow outside runner, Georgostathis.

“Obviously there’s some pretty big shoes to fill,” she said. “I think working into it, we won’t be at that level this year but hopefully in the next few years we can really pay back what (the Bulldogs) have given us by taking us so early.”

“We’ve played together before, we’re quite similar players so maybe I’ll play on one wing and Liz will play on the other.”

“Obviously Gabby (Newton) and Nell (Morris-Dalton) are very close, they played at Northern and then we all played together at Vic Metro so it’s just really exciting to be able to stick together and go into a club where you know a lot of people already.”

Hailing from the Western region, Georgostathis’ sense of belonging at her new club comes two-fold, with the versatile runner proud to be the first Jet to find an AFLW home in 2019. Coming in alongside the likes of Lagoia, Newton and Morris-Dalton made the occasion that bit sweeter.

“Yeah I am (happy),” she said. “Being the first Western Jet girl is pretty good, the Jets have helped me so much over the past four years and I’m so grateful for them and all the development and all the staff there.”

“I’m sure the Bulldogs have a great development program and all they want is the best for the girls to help us develop into the future, not just this year but hopefully the next five years.”

“Seeing we’ve played with (Gabby and Nell) in the National Championships we know how they play and we all know how each other work a bit so we can use that on the field… I don’t know if Gem remembers but we played together in the Under-15 National Championships. “We didn’t know each other that well back then but then coming again this year and playing Vic Metro together, it’s pretty good and now playing Bulldogs with (Gemma) is really good.”

Rounding off the consensus sentiment among the new pups was number one pick Newton, who sounded a great advertisement for the Dogs’ tactics in the love shown for each teammate she is set to line up alongside for years to come.

“I love Nell, she’s one of my best friends,” she said. “All the girls drafted to the Doggies, Liz and Gem as well and Izzy Grant, they’re all such good friends. “I can’t believe we’re all going in together, it’s so exciting to have fresh faces in and around the club.”

The use of familiarity in building a future spine could prove to be one of the most fruitful draft strategies of recent times, but a lot has to play out until we can say so for sure. For now though, boy is the 2019 Bulldogs draft class chuffed with being reunited, ready to help Footscray find its way firmly back on the map.