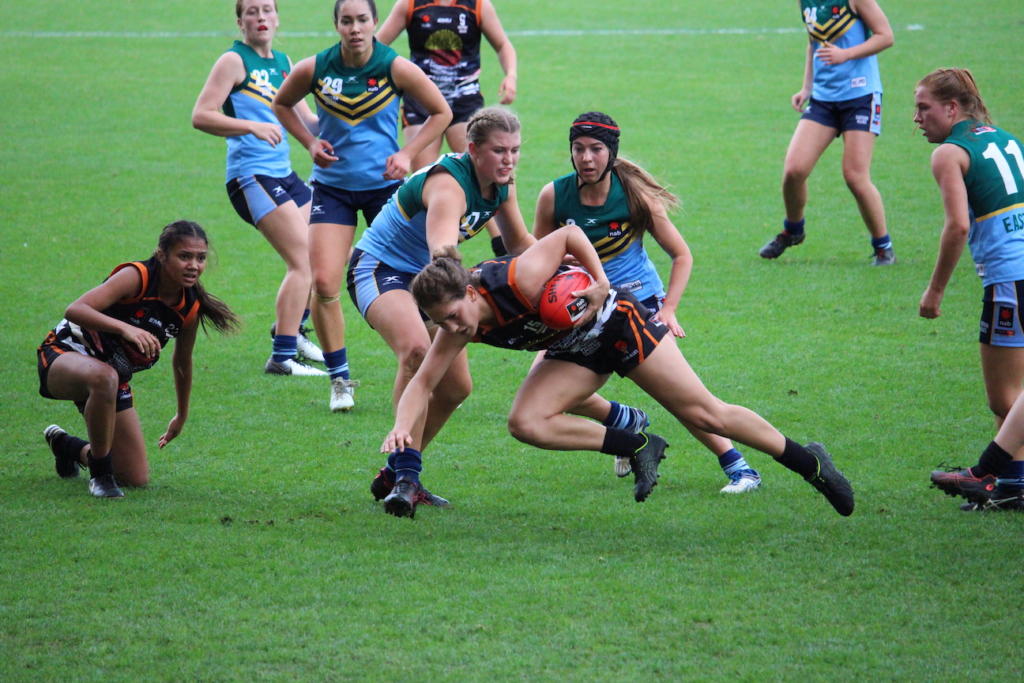 ROUND 3 of Northern Territory Football League Women’s (NTFLW) is coming up this weekend, with a number of big matches set to make or break sides even at this early stage of the season.

The opening match of Round 3 will be an interesting one, with Waratah and Nightcliff completely swapping positions on the table in comparison to their respective 2018/19 season form. While Waratah only lost two matches last season and sit on one win from two matches this season, Nightcliff have already equalled their 2018/19 season wins with two. This match will really see whether Nightcliff have had the improvement they look to have had or whether they have come out with the luck of the draw in the opening rounds. Nightcliff have a smattering of high-impact players, with Shantel Miskin-Ripia the leading goalkicker for the side so far while Kate Morris has also been pivotal to the side’s early victories. for Waratah, Lisa Roberts and Madeline Gault have impressed early despite the side’s form.

This will be a big match, with the two sides only separated by percentage at this early stage of the season but sitting with three other sides in between them. Pint have had a solid start to the season, only going down by two points in the opening round before rendering their opposition scoreless in Round 2, meaning Southern Districts could be in for a tough one despite beating last year’s premiers in Round 1, with a scoreless performance against the Wanderers last week potentially a big thorn in their side. For Pint, expect another solid performance from Jessie Baumer and Erin Hetherington while Crocs’ Charles Deegan, Lateesha Jeffrey and Mattea Breed are sure to speed head-first into the contest.

The Magpies have a huge task ahead of them this round, taking on the thus far undefeated Buffettes – who have only conceded one behind for the season so far and are sitting pretty at the top of the ladder. Palmerston are in sixth from two rounds, going down last round to the reigning premiers but proving they have the ability to hold out for a win after a two point victory in Round 1, piling on the defensive pressure. If the Magpies can draw on that pressure again this week and hold off the Buffettes’ plethora of forward options, they could have a real chance of stopping Darwin in their tracks. That being said, the Buffettes have confidence and consistency on their side, making this an interesting contest especially with the likes of Tikesa Docherty-Cole and Machaelia Roberts impressive targets forward with plenty of grunt to get the job done. For Palmerston, expect another solid performance from Natasha Medbury while Arthurina Moreen has plenty to offer.

Wanderers have had a varied start to the season, unable to put a goal on the board in the opening round before unleashing in Round 2 with a 60-point victory against last year’s grand finalists, Southern Districts. Meanwhile, St Mary’s have had a similar few weeks, dominating against the league’s newest side in Round 1 but defeated by last season’s wooden spooners last week. Aaliyah Bailey is one who has burst onto the scene with St Mary’s, aided up forward by Danielle Ponter creating a real exciting young duo. For Wanderers, Sophia Mauboy put in a solid performance last week while Chonntel Vea Vea can have a real impact with ball in hand.

In a battle between early strugglers, this match will be very telling of which team could make their way up the ladder after a slow start and which side will continue to be a cellar dweller. While both sides have plenty to bring to the table, neither have really had an opportunity to prove themselves yet so will be raring to go. This will be the real test for both sides as they look to improve on their respective early season struggles, especially as both sides went completely scoreless in Round 2. For the Razorbacks, look to Alexandra Biggs, Grabrielle Young and Tara Everett after stellar performances to start the season while Jayde De La Coeur and Keomi Ross made an impact on the scoreboard in Round 1 for the Hawks, marking themselves as solid options inside 50.