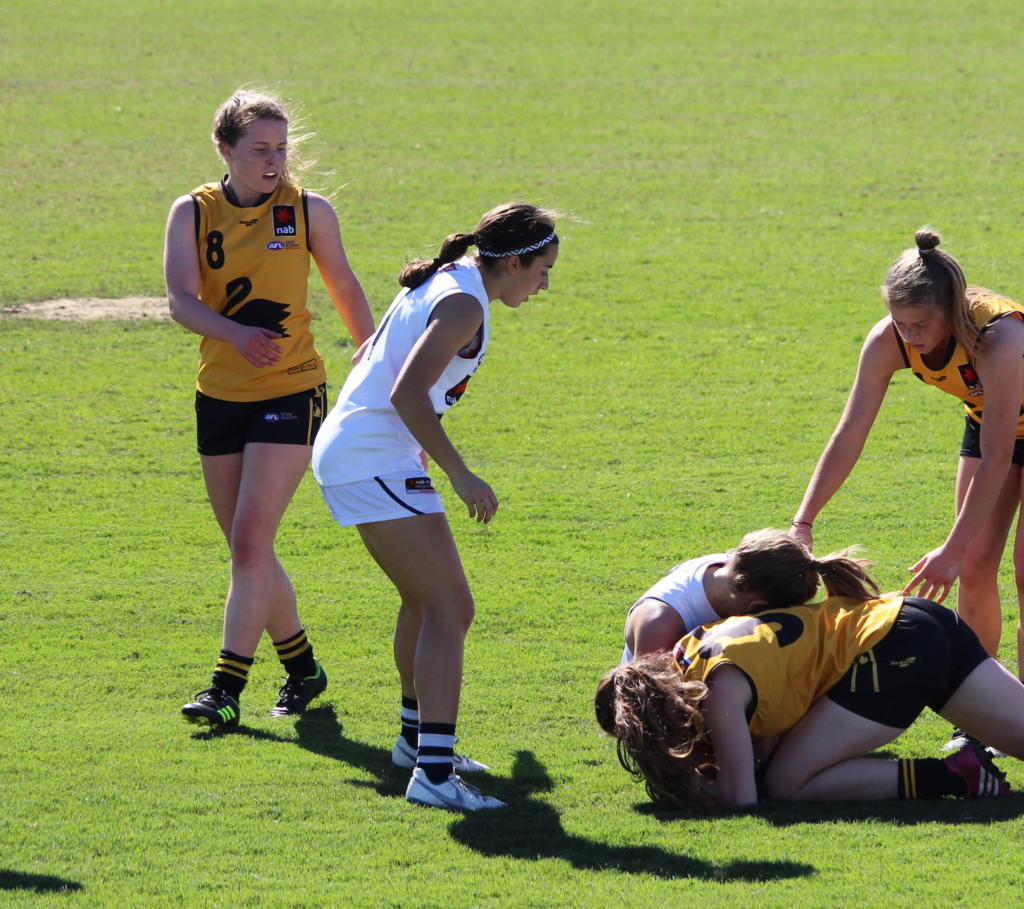 EIGHTEEN months ago, Rebecca Viney was running around for North Beach Football Club in Western Australia. While the Tigers are considered Western Australia’s most successful amateur team, it was a far cry from the AFL Women’s competition which at that stage was in its second season. It is hard to believe just two years later, Viney could be running around in just that – the elite level competition – after producing a remarkable rise to represent her state at the Under-18 Championships.

“I started footy last year in an amateur league,” Viney said. “So I played for North Beach Football Club and I just did it because I wanted to have a go at footy and I really enjoyed it and had a lot of fun and I managed to at the end of the season win the best player of the whole comp which was really surprising, but that’s what lead me on to go further and take the State Academy and come here.”

Viney said she loves running around with her teammates and experiencing the camaraderie that comes with Australian rules football. While she has the ultimate goal of getting drafted, she is not getting too far ahead of herself given her limited experience in the code.

Viney said she was lucky in the sense she did not have as much travelling to do as some of her West Australian teammates, hailing from the city. But when she did cross the country for the Under-18 Championships, she loved it.

“(It’s a) whole new experience and I’m loving it,” Viney said. “Especially being exposed to the Victorian girls and their game and see how we compare to them. “I just want to keep improving my game like I said and each game keep improving on what I’m doing and learning from the coaches and implementing that in a game.”

As for an inspiration to follow, she has looked at her local West Australian Women’s Football Leagu club, Subiaco.

“Personally I think I look up to some of the AFLW girls,” Viney said. “At the moment playing at Subi, there’s Dana Hooker down there sometimes and she’s a really good player and I love watching her and it’s really cool.”