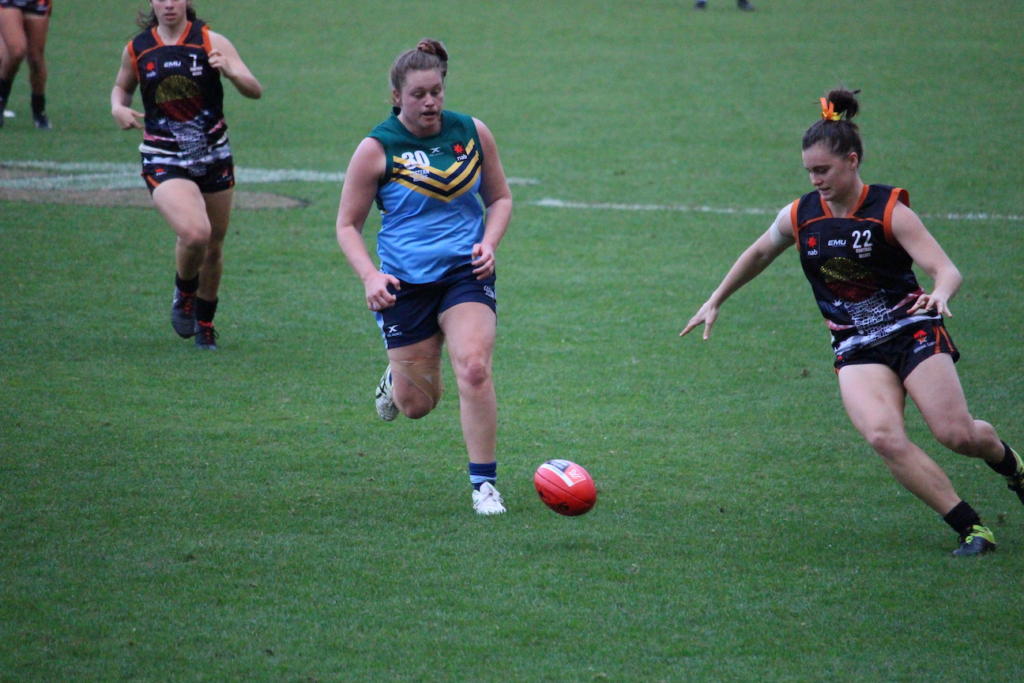 FOR Bendigo Pioneers’ Jordyn Jolliffe, it has been a rocky road to success with plenty of bumps along the way. Halted in her Aussie rules tracks as an 11-year-old, Jolliffe made the switch to netball before finding her way back to the sport.

“I started in Auskick, wasn’t really a fan of netball and most of my friends were boys,” Jolliffe said. So I started there, played until Under 11s and then I wasn’t allowed to play anymore so I went over to netball,” “Then I found out that there was a girl’s league in Swan Hill starting up close to home so jumped on board with that and started playing again. Then I got picked into the Bendigo Pioneers and it sort of escalated from there.”

While being told she could not play was a big blow, nothing could prepare Jolliffe for injury in 2018, forcing her to sit on the sidelines for the entire season.

“I had a stress fracture in my lower-back so I missed last year unfortunately,” Jolliffe said. “I wasn’t allowed to do anything, because with a stress fracture you’ve got to let it mend itself. “So I sat out for the year and missed pre-season and then at the start of the year I had to just do my own programs to try and build my fitness back before the (NAB League) season started and I got to go into the Bendigo Pioneers as an over-ager.”

With fitness something Jolliffe wanted to work on coming into 2019, she said her strengths were “probably overhead marking and my kick”.

Injury may have thrown a spanner in the works, but Jolliffe did everything in her power to bounce back despite missing pre-season. She certainly reaped the reward, earning a call-up to the Eastern Allies for the 2019 AFL Women’s Championships.

“It was very hard because obviously all the others did pre-season and to get back into it behind a bit, but that’s then just more work you have to do behind the scenes,” she said. “After the first two games it was a lot better, like game fitness, you probably can’t really train for game fitness. So the first game I struggled a little bit and then after that it was good to be back.”

“It is an awesome opportunity. I never thought I would actually get to play this carnival again after the injury but yeah, just overwhelmed with (getting) picked back into it.”

The New South Wales native from Balranald played NAB League in her junior years with Bendigo Pioneers but nominated NSW/ACT in the women’s national draft.

“(It was) a lot of travelling for me,” Jolliffe said. When I played for Bendigo that was three hours away from home and if you played in Melbourne that’s another four and a half, so always travelling, training and everything, it’s always a long distance.”

Like many, Jolliffe hopes to make it to the big stage of AFL Women’s, citing Erin Phillips as one of her influences.

“I’ve always loved Joel Selwood or Gary Ablett,” she said. But for the women, Erin Phillips. I just think I would love to be like her. “Yeah, try and make the AFL Women’s, that’d be a dream come true.”