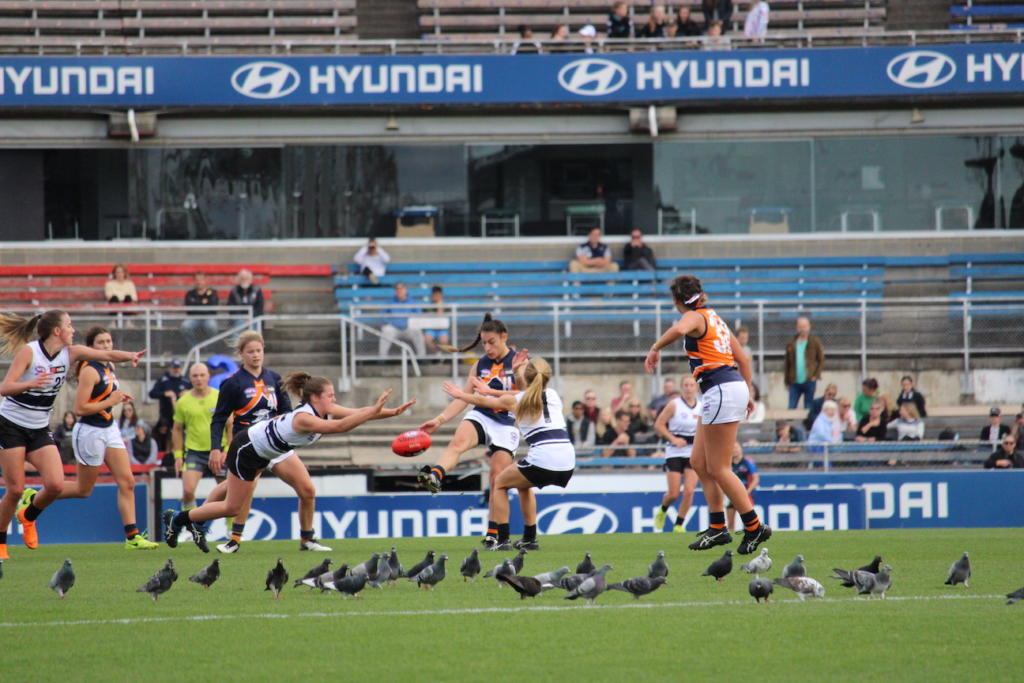 DEFENSIVE pressure has been the barometer that Calder Cannons’ Alana Barba sets every week, with the ferocious midfielder striking fear into the hearts of opposition players when they have the ball in her area. The tenacious talent from Roxburgh Park averaged 7.1 tackles per game for the Cannons in the NAB League Girls competition, and considering what her improvement was at the start of the season, it is a remarkable feat.

“Just getting to every single contest (is an improvement I want to make),” Barba said at the NAB League Fitness Testing Day in the pre-season. “I’ve had a hard time doing that so I just want to improve on that, that’s my main focus.”

For Barba, she has always been involved in and around the code, having risen through the pathways to land at the Cannons, and admitted it was quite an eye-opener compared to local football with the elite pathway getting the recognition it deserved.

“I’ve been playing since I was little, but only came to Calder Cannons three years ago and from there, it’s just built up,” Barba said. “It’s (playing with Calder) a great experience. “It’s a new experience, it’s at a higher standard so you really have to push yourself to get in line with all the girls as well.”

Like many AFL Women’s Draft hopefuls, Barba said it was the social element that kept her in the sport, while she was always determined for her and which club she played for, to continue to improve throughout the season.

“I think just the connection we have with all the girls is just, our friendship is something out of this world, that’s the best part about it,” Barba said. “I think just to be successful and to develop as a whole.”

Along with her tackling feast in the NAB League Girls, Barba earned a place in Vic Metro’s squad for the AFL Women’s Under-18 Championships, where she averaged 3.3 tackles from 6.7 disposals. Then, if anyone questioned whether she could apply the same defensive pressure against senior bodies for Essendon’s Victorian Football League Women’s (VFLW) side, then she answered that emphatically. In three games for the club, Barba laid 4.3 tackles per game from 6.8 disposals, making her total across all three competitions and impressive 5.8 tackles from 10.1 disposals.

Now Barba is ready for the next step-up with her focus set on the AFL Women’s, which could become a reality at next week’s AFL Women’s Draft.