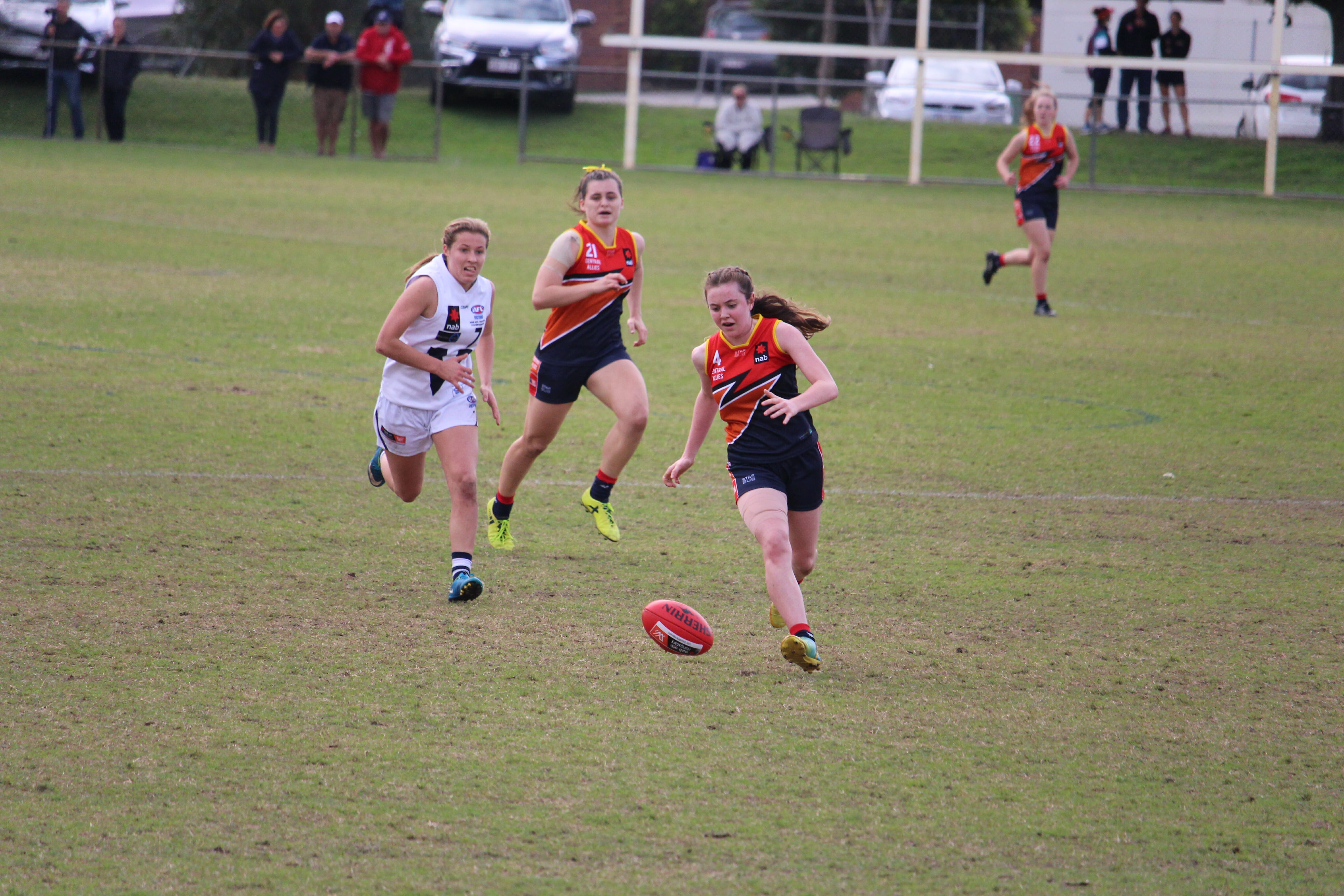 THE Northern Territory Football League Women’s (NTFLW) Premier League ladder has well and truly split after round one, with three sides sitting victorious two weeks in a row, four sides sitting on one win from two matches and the bottom three not having won a match yet.

It was a hard and fast start for the Buffettes, and despite inaccuracy they well and truly got over the line, dominating against the league’s newest side and flooding them 133 to zero. The Buffettes only have the one behind scored against them for the season so far proving Darwin are well and truly the team to beat at this early stage of the season. The Buffettes had six multiple goalkickers on top of four individual kickers, with Tikesa Docherty-Cole leading the charge forward with four, closely followed by Bianca Scrymgour with three.

The second side to go scoreless in Round 2 were Tracy Village, with Pint just far too strong for the side which sits at the bottom of the ladder. A slow start from Pint kept Tracy Village within touching distance, however a lack of forward pressure from the Razorbacks ultimately saw the side go scoreless while the attacking momentum did not stop going Pint’s way. Despite the loss, Tracy Village’s Lauren Douglas and Jessica Downie did not stop pushing while Alexandra Biggs put in the hard yards. For Pint, Emma Greaves and Jessie Baumer kicked two goals apiece while four other players got their first goal of the season on the board.

It was a tough see-sawing battle from last season’s top two sides, with Waratah prevailing in a tight 10 point victory, keeping the Magpies scoreless in the final quarter to get the win. The Magpies stuck right to the Warriors after a slow start, getting ahead at the main break before the defensive pressure of Waratah became too strong, unable to get boot to ball in front of goal. Natasha Medbury was key for the Magpies while Madeline Gault impressed for Waratah, aided by Isabella Rapson-Staropoli while Jenna Singh was also named among the best with a second goal to her name for the season.

In another close match, it was a slow start from St Mary’s that kept them from going two from two, with Nightcliff getting their second victory on the board to already equal their 2018/2019 season campaign. While the Saints stalled Nightcliff from booting goals after the first quarter, their three goals to nil start kept the Tigers ahead with a final quarter goal cementing victory. Emma-Lou Wolsey and Eliza Wear were solid for Nightcliff while young gun Shantel Miskin-Ripia kicked two more goals to add to her Round 1 tally. For St Mary’s, goals from Edith Boundry and Natasha Dunn-Richards were not enough to get them over the line this week against an ultimately tougher opposition than their Round 1 counterpart.