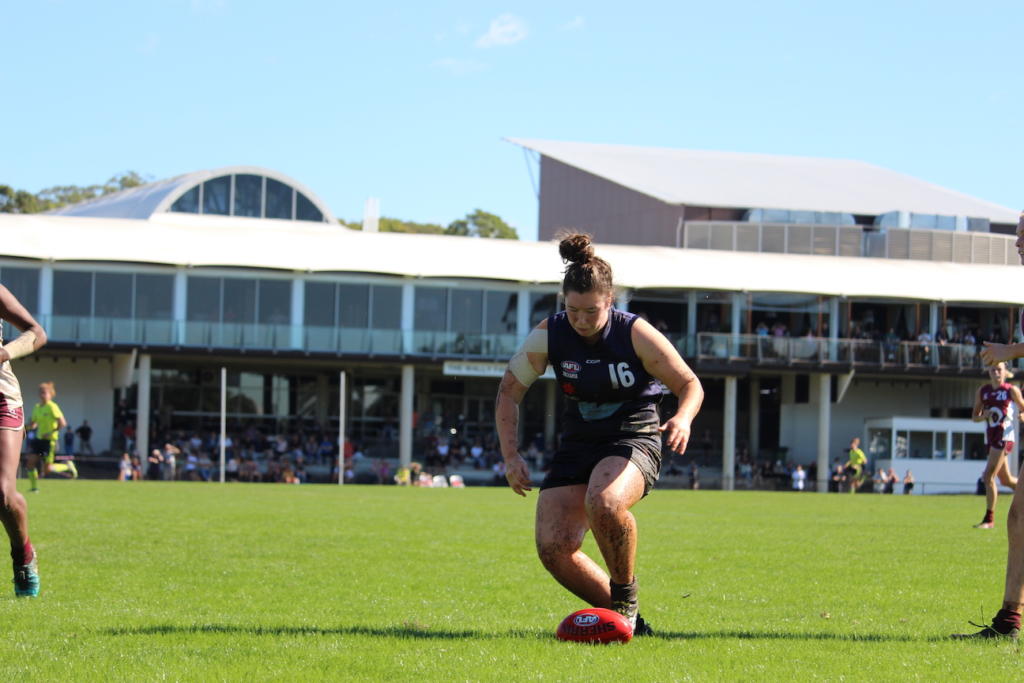 IN a much improved season compared to last, Oakleigh Chargers had plenty of top-age players and bottom-age players who experienced their first taste of NAB League Girls action the year before and came into the season much better prepared. One of the leaders of that group was Emily Harley who provided not only a strong marking target up forward, but a leader on the field who could also push up the ground and play through the midfield.

“I started back in Auskick when I was seven,” Harley said. “Dad loves his footy and my whole family does and they all started it for me. “(I love) just getting around the girls. “Footy is a huge team so 22 of us. “I just love getting around them and talking to them.”

Harley said the team was focused on playing a faster brand of football in season 2019, which they certainly did with the likes of Nicola Xenos and Alana Porter providing the dash on the outside that broke the lines and almost earned Oakleigh a spot in the finals series. For Harley personally, it was about building her endurance to allow her to play more midfield minutes, something she has been working on since the pre-season.

“It (pre-season) was good, nice and tough,” Harley said. “We had a lot more focus on strength and conditioning side this year so it was good. “You knew what you were going to get when you went up and it was going to be a hard session so it was good. “I think the coaching staff recognised last year in order to play our game we wanted, we needed to be fitter. So we really focused on that this pre-season.”

Compared to the previous season, Harley was buoyant about the team’s improvement, something that showed on the field.

“I think we’ve got a lot more depth this year to last year, so I think any girl could go out of the team and the same one could come in and perform just as well,” Harley said. “We’ve definitely improved on our ball handling and our skills and then our depth as well.”

Harley said she was “honoured” to be voted vice-captain for season 2019, and hoped she could “get around the girls” to keep their morale high on the way to achieving the goal of winning more games than they did the season before. They did just that and looked all but certain to make finals with two rounds to go, before dropping a heartbreaker to bottom two side, Greater Western Victoria (GWV) Rebels in the penultimate round at Avalon Airport Oval.

While they finished fifth, Harley averaged 12.6 disposals and booted 13 goals from 10 games, at an average of 1.3 goals per game. More impressively, Harley was able to play up the ground, recording more rebounds than inside 50s, and averaging 2.5 tackles per game too. She earned a call-up to Vic Metro where she booted three goals on the Gold Coast at the AFL Women’s Under-18 Championships, averaging the six touches and two tackles playing in her more familiar forward role. Now the strong marking forward will wait and see if she can take the next step up into the AFL Women’s competition with the draft later this month.