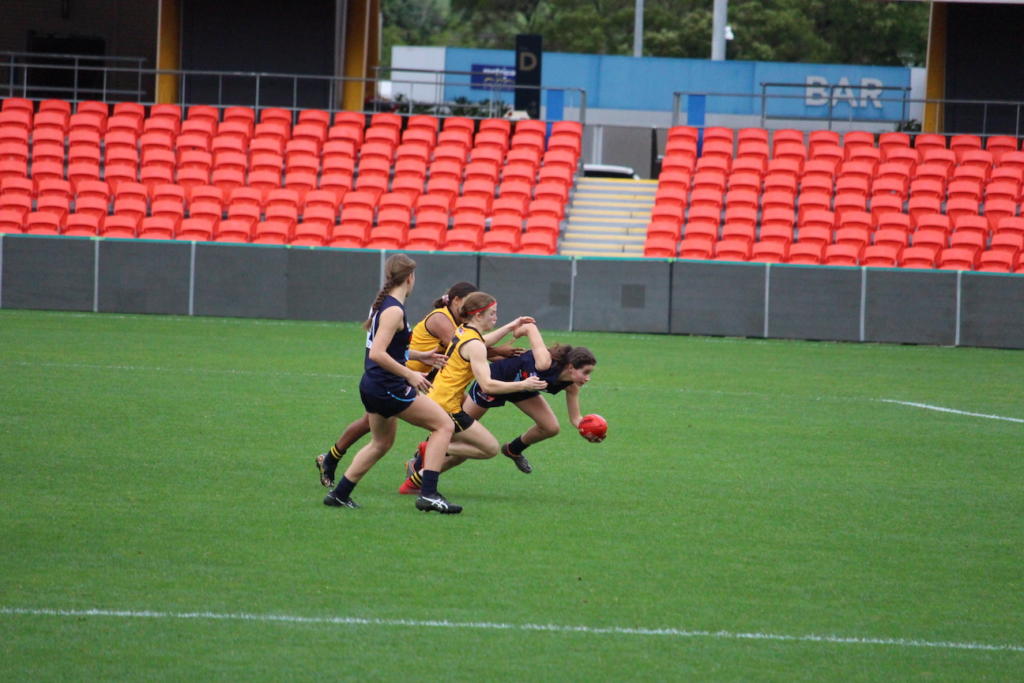 COLLINGWOOD premiership player, Gemma Lagioia has been in and around Australian rules football for more than a decade and her ability to do some magical things with ball-in-hand attest to her experience. The Oakleigh Chargers’ talent has risen through the program and put together a consistent season, winning the club’s best and fairest award and not looking out of place at Victorian Football League Women’s (VFLW) level.

“I started playing Auskick but I don’t really know why, I just wanted to and I did,” Lagioia said at the NAB League Fitness Testing Day. “I just played from Under 9s to 13s with the boys, then started playing girls.”

The team aspect of the sport kept the talented utility playing, as she rose through the ranks to now be in her top-age year on the verge of being drafted into the AFL Women’s competition.

“I love just being in a team, working with other girls and having fun and then just going out and playing games and doing your best,” Lagioia said.

Despite being nimble around the stoppages, Lagioia said her speed was an area she wanted to improve, particular her acceleration to gain separation from her opponents. She showed her improvement throughout the VFLW finals series, becoming not only a contributor for the Magpies, but one of their best on Grand Final Day.

The off-season provided plenty of change for the Chargers in the NAB League Girls with so many new faces around the club that Lagioia admitted was difficult at first to get her head around.

“I think we’ve improved a lot, there’s a lot of new girls that are just going to make our team better this year,” she said. “I think it was different at the start, learning a bunch of new peoples’ names and getting to know them but now we’re closer as a team so it’s better.”

While Lagioia said she hoped to play finals with the Chargers, Oakleigh narrowly missed out, instead finishing fifth but showing plenty of improvement on their 2018 season. But her finals goal was met when she ran out at Ikon Park in the black and white stripes, eventually standing on the dais post-game with a premiership medal around her neck. Lagioia’s premiership coach Penny Cula-Reid praised the young gun along with a couple of her Chargers’ teammates in the lead-up to the VFLW finals series.

“You see these young 18-year-olds coming through and they’re just bloody superstars,” Cula-Reid said. “You get them when they’re coming off a championships up in Queensland and we’ve got Gemma Lagioia, Nicola Xenos and Amelia Van Oosterwijck who unfortunately did her ankle, but these are the kids who have been playing high-level football at the highest possible level they can at such a young age and they just bring a completely different dynamic into our team. “We’re just really excited for them and all the other 18-year-olds who are playing through the finals series, and obviously the draft is coming up so no better time to see them in action than the finals series.”

Lagioia’s talent is clear and unfortunately the Magpies are resigned to losing the classy player, with their first pick not until Pick 67. But one thing is for sure, based on her ability to step up at each level, Lagioia will soon adapt to the style of AFL Women’s regardless of the colours she wears.