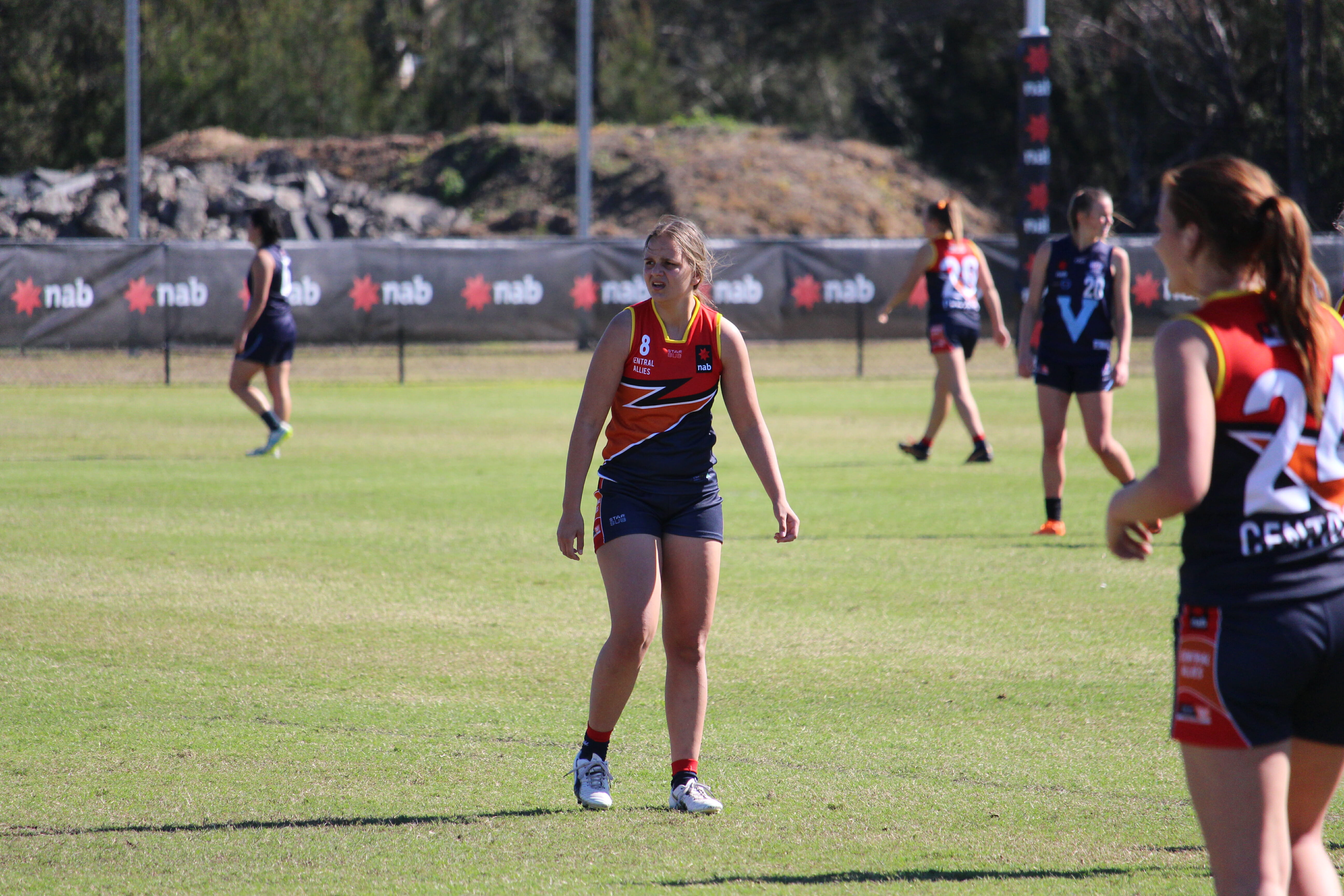 ROUND 2 of the Northern Territory Football League Women’s (NTFLW) is set to be a big one, with plenty of entertaining matches coming up over the weekend.

Big River Hawks have a real task ahead this week, taking on ladder-topping Darwin Buffettes who only conceded one behind in the opening round credit to a tenacious defensive unit and forward line that had plenty in the tank. While the inaugural Premier Division match for the Hawks did not go to plan, they now know what to improve on heading into this match to ideally prove their place in the competition. Darwin will be coming into this match bursting with confidence so will need to ensure their confidence translates on the field after last week’s massive win saw the Buffettes kick only one less behind than goals meaning their accuracy may need some fine tuning. The Buffettes had six multiple goalkickers last round proving their threatening ability with ball in hand, especially with one of those multiple goalkickers being young gun Tayla Hart-Aluni, proving she can have a big impact on the contest despite her relative inexperience. For Hawks, Jade de La Coeur and Keomi Ross put in the hard yards last round so are sure to stand up once more with plenty to prove in the competition.

This will be an interesting match, with both Pint and Tracy Village coming into Round 2 off the back of devastating Round 1 losses – though at completely different ends of the spectrum with Pint only going down by two points, while the Razorbacks conceded a whopping 118 points to the Buffettes. Tracy Village left plenty to be desired last week so will want to come into this match with a bang to get back on their feet and deny Pint the comeback they are looking for. Pint showed some really good intensity last round against the Palmerston Magpies but were unable to take control, so will be sure to take on the contest from the starting bounce to ensure they get on top of Tracy Village from the get-go. Pint is another side with solid goal-kicking options inside 50 so the likes of Jasmyn Hewett and Jessie Baumer will be key for the side to get on the board, while the Razorbacks had some solid performers last week with Bonnie McDougall and Tara Everett standing up despite the margin.

Last season’s top two will go head-to-head this round, with the Magpies sure to come into this match ready to win back their qualifying final match where they went down by 27 points. For Waratah, this match will be about coming back from their disappointing start to the season last week after going down to Southern Districts by 42 points. The Warriors were behind from the get-go last round while Magpies matched their respective opposition goal for goal all match making this an interesting one given the sides’ recent history. While Palmerston come into this match with the belief behind them, they were still given a tough muck by Pint last round so can’t underestimate the Warriors. Arthurina Moreen and Natasha Medbury will be key for the Magpies while options around the footy inside 50 allows the side to be dangerous from a number of angles. For the Warriors, stalwart Lisa Roberts lead the charge last round to keep chins up despite the slow start to the season so will look to keep spirits up again this week with young talent in Alysha Healy proving her ability with the footy to dominate contests.

It is an early season battle of second and third on the ladder, with the only match between two Round 1 victors taking place in the second of the TIO Oval 2 double header to finish off the Saturday fixtures. Both sides put solid wins on the board last week, but sit in an unfamiliar position towards the top of the ladder after last season’s results, so will be keen to keep on top of their opposition and put their best foot forward for the season. Nightcliff only put the two wins on the board all last season so come into this match with plenty of hopeful eyes on them while St Mary’s took on this season’s newbies in Big River Hawks last round, meaning both sides could realistically take out this match despite question marks over both teams’ ability to keep up the winning ways throughout the season. Danielle Ponter impressed last round for St Mary’s as did young gun Aaliyah Bailey with three goals while Nightcliff have a similar number of young options with Shantel Miskin-Ripia booting four goals last week and surely looking for an opportunity to go back to back, while Eliza Morrison and Laura De Hommel were both named among the Tigers’ best last round, so watch out for a plethora of exciting talent taking on the contest in this match.

Wanderers will be in for a tough one this week after going down goalless to Nightcliff last week, taking on last season’s grand finalists in Southern Districts in the only Sunday match of the round. The Crocs will be very happy with their Round 1 victory over Waratah so are sure to come into this match with plenty of confidence. This makes it all the more important for the Wanderers to come out hard and fast to ensure they don’t fall to a similar fate to the ‘Tahs and continue on from the low form and trajectory of their 2018/2019 season. Lori Niven lead the way for the Crocs last week credit to her leadership and skill with ball in hand while the side had no issue finding options inside 50 with three multiple goalkickers in Ebony Miller (three goals), Kelsey Patterson and Samantha Hoogeveen-Hill (both two). For the Eagles, last week saw Pierre-Angelique Koulakis and Tulaha Jeffrey having an impact despite the loss so will be raring to go with a better full-field effort this week.