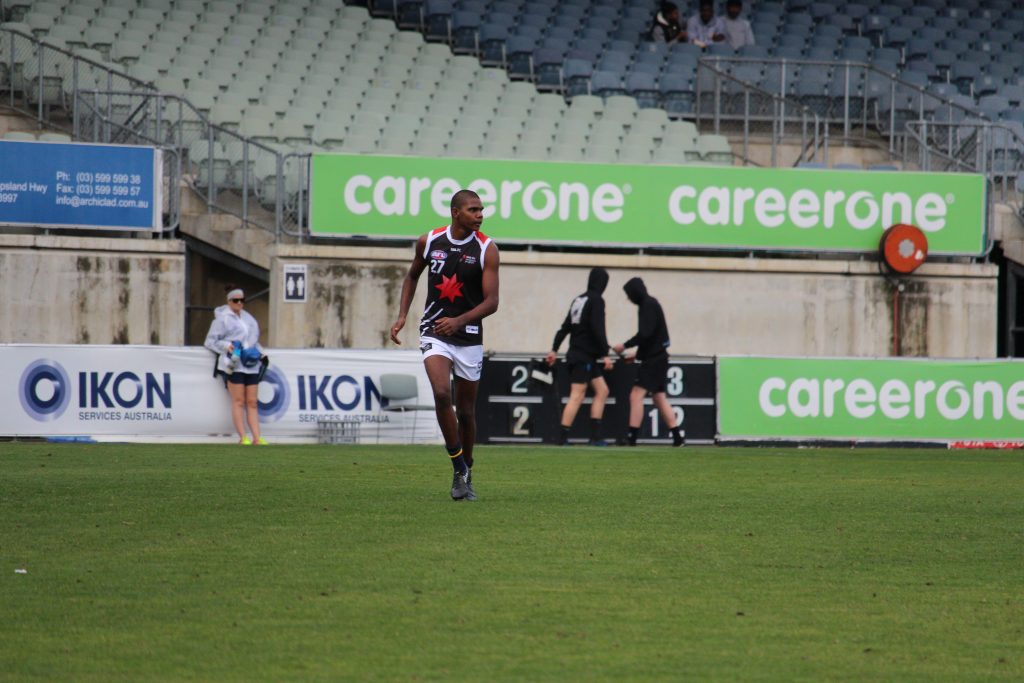 IN a satisfying set of events for the neutral, each 1-0 team is set to face off with a 0-1 side in Round 2 of the Northern Territory Football League (NTFL) Men’s Premier League. Given last week’s mixed bag of results, finalists from last year will be looking to get on the board, while other will be hoping to continue on their upward trends.

Nightcliff will hope to continue its ideal premiership defence when it faces heavy Round 1 loser Tiwi Bombers to open the weekend’s play.

The Tigers were made to earn their opening win last time out in a grand final rematch, overcoming Southern Districts by nine points to compile to Crocs’ misery. On the other hand, Tiwi’s first outing for season 2019/20 did not quite go to plan as the Bombers conceded 24 goals in a 113-point loss to Darwin.

The Tigers’ ruthlessness inside 50 and wealth of options when it counted made the difference in last week’s win, while helping to heap misery on their lesser-ranked opponents last year. Tiwi will hope to not fall into that hole and be easily overcome for the second-straight week, with plenty of class remaining in its side and the coup of Palmerston junior Rodney Baird set to bolster the defence. The likes of Michael Mummery, Brayden Rioli, and Jeffrey Simon hardly got going for the Bombers in Round 1, but what is just as ominous is the fact that Nightcliff has Wade Derksen, Joel Budarick and Matthew Bricknell who can all make the same kind of greater impact this week.

There is plenty of firepower on either side and the experience of both midfields also makes for an interesting battle. The Tigers will come in as unbackable favourites, but Tiwi has plenty to offer and will be dangerous in full flight.

Southern Districts will look to avoid a rare 0-2 start when it hosts a rejuvenated Wanderers side in the round’s sole fixture away from TIO Stadium.

The Crocs went close to making good on last year’s grand final loss in a Round 1 rematch against Nightcliff, but went down by under two goals in a game where they enjoyed spurts of success. Winners in Round 1, the Eagles found themselves on the better end of the momentum game against 2018/19 preliminary finalist Waratah, with young gun Joel Jeffrey running the show up forward.

The x-factor of Jeffrey, rising star Ronald Fejo Jnr, and class of Davin Ferreira will do well to match the more experienced forward might of Nightcliff, which will inevitably create a wealth of scoring opportunities. Beau Schwarze and Brandon Rusca are sure to get going, while Will Farrer has already reminded us of his nous in front of goal. The two sides are arguably at different stages of their team development, but Wanderers’ mix of exuberance and experience in the front half should pose some problems for the highly-fancied Crocs.

Expect last year’s grand finalists to come out hard, with their pressure set to pose questions to the Muk Muks’ finishing inside 50, which luckily did not trouble them last week.

First comes up against second-last when an ominous looking Darwin Buffaloes faces Palmerston on Saturday evening.

The Buffs kicked off their season in style with a thumping win over the much-hyped Tiwi Bombers, with Adam Sambono notching a remarkable 12 goals. On the other hand, Palmerston looks destined for another slow start after going down to last season’s wooden spooner St Mary’s in Round 1.

Darwin’s depth of experience will strike fear into any side, but will be particularly tricky for Palmerston given the Magpies’ lack of major ex-AFL class. Alwyn Davey leads that field though and will hope to have another strong outing alongside his twin sons Alywn Jnr and Jayden, while state combine attendee Nigel Lockyer Jnr will have to shoulder a heap of responsibility going forward. For the Buffs, Sambono leads the way from Joe Anderson, Jarrod Stokes and Christopher Williams, providing a wealth of scoring options from further afield.

The depth of Darwin looks like being too much for the Magpies at this stage of the season, but write any team off in this league at your own peril.

In the final game of the round, St Mary’s will seek to continue its resurgence when it does battle with Waratah under the TIO Stadium lights.

The Saints were terrific in Round 1, earning a comfortable victory over fellow 2018/19 bottom-three side Palmerston. The return of Jackson Geary has proven a handy one already, with a more filled-out squad led brilliantly by Raphael Clarke. They have the famous names; Shannon Rioli, Jack Long, Jacob Long and Nick Yarran to go with the electric Nathaniel Paredes and Braxton Ah Mat, ensuring Clarke and co have improved service and support going forward.

For Waratah, the emergence of home grown talent is said to be what will take them further this year after a preliminary final berth, but a Round 1 stumbling block came in the form of Wanderers. Not to be deterred, Abe Ankers should lead the side well again after a five-goal haul, with TAC Cup graduate Laine Fitzgerald and Sam Godden providing support. The Warriors will be leaning on the heavy momentum shifts this league can bring to get the edge in this game, with their consistent side looking for that first win.

Waratah has more proven products on paper over time, but the experience and added depth of St Mary’s should cause a few headaches all the same.