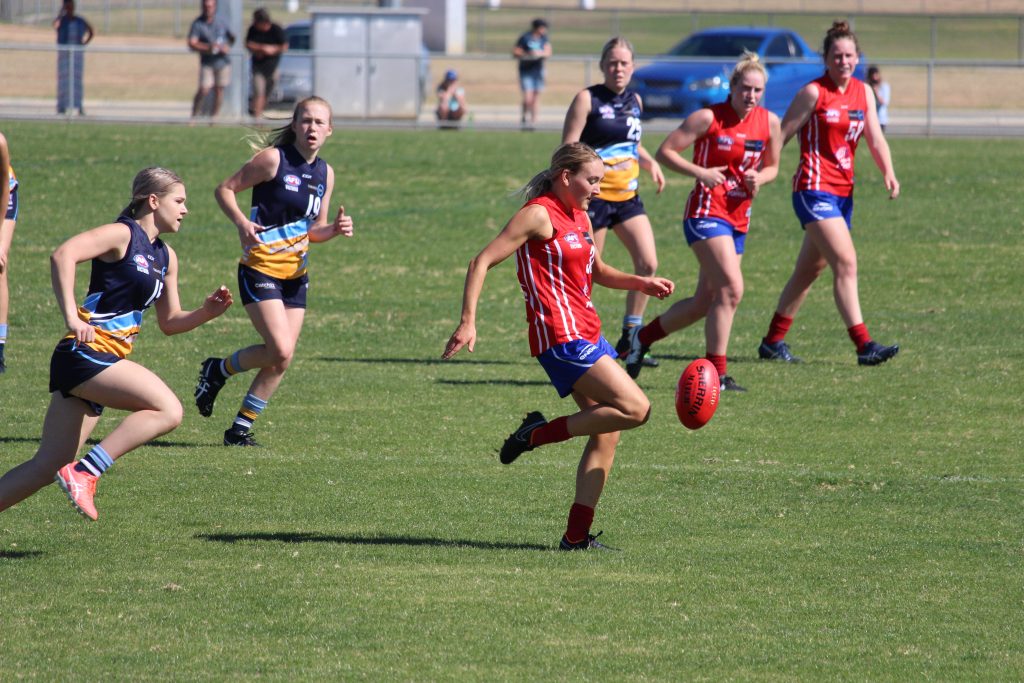 ENCOURAGED by her school footy coach who also happened to be Gippsland Power coach Scott Armour, Alana Rippon jumped into footy and has embraced every opportunity that has come her way since.

With a new love for footy, Rippon immersed herself in the thick of things at Gippsland learning as much as she could in her first year and working hard to fine tune her skills.

“I just learnt a heap, like more than I thought I would have, and it was just great coaching and great experience,” she said.

With one preseason down the second year of footy was much easier with Rippon more accustomed to the rigorous training and requirements to be the best footballer she can be.

“It was really good. Probably not as hard as the first year because I knew that I had to do it, but it was good,” she said.

Having only played for two years, Rippon is still perfecting her craft on the footy field and after spending time both on ball and on the wing with Gippsland she hopes to continuously build on her game.

“I think it would be good to get a bit more experience on the ball because I’ve spent most of my time on the wing last year,” she said.

Juggling school commitments and footy was a challenge for the aspiring footballer, forced to make sacrifices and find a good balance.

“It was a bit difficult but I always kind of made it work I guess. I knew my school was first at the time, but I made sure that was out of the way so I could do this,” she said.

Only still new to the game, one of Rippon’s main aims is to enhance her footy skills and have an impact across the ground with her disposals.

“Just to improve my footy and get better. Probably just my skillset, they’re not bad but they could always be better,” she said.