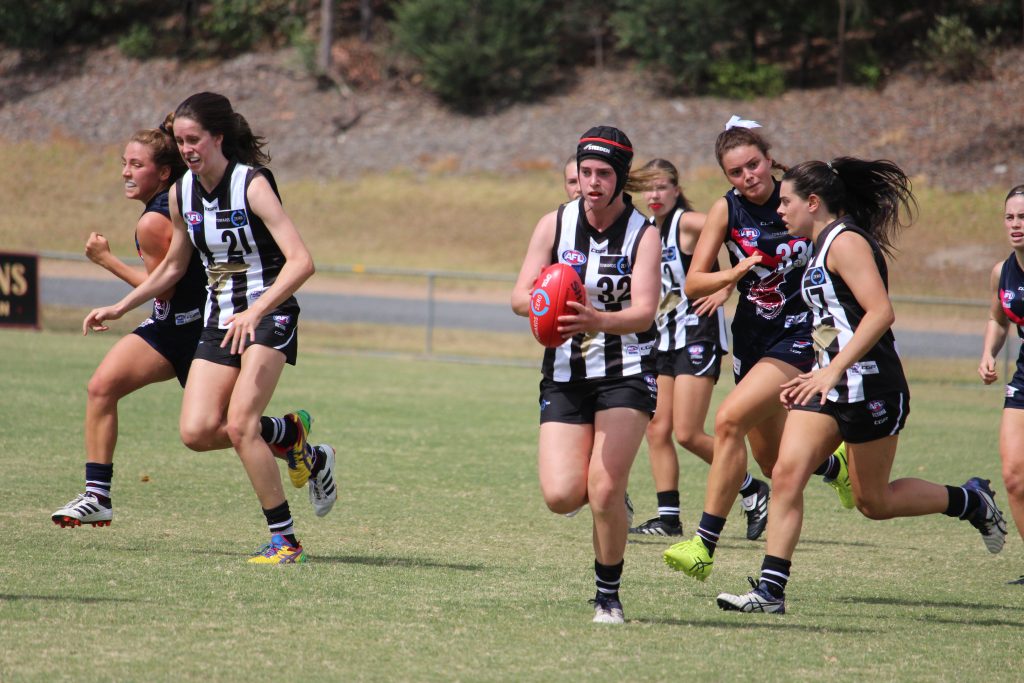 UNLIKE a number of NAB League Girls players, Oakleigh Chargers’ Chloe O’Malley has been somewhat of a pioneer in her region when it comes to women’s football. She was into Australian rules football ahead of many of her peers, picking up a ball from when she could walk and getting involved in any pathway she could.

While she loved being out there showing off her skills, O’Malley said it was the team environment that kept her in the sport all these years.

“Probably the team culture,” she said. “Just being able to push yourself really hard with a great group that can support you and do the same thing as well.”

O’Malley said at the NAB League Fitness Testing Day earlier in the year that the Chargers’ pre-season training had gone up a notch compared to the previous season. She hoped it meant a more fruitful season in terms of wins with plenty of development coming through the playing group.

“Definitely the training intensity has been so much higher, I feel like we’ve been working so much harder at training, everyone’s really getting around it,” O’Malley said. “You’re cooked when you get home and you’re starving, just the sessions are so intense.”

The fact she was now one of the oldest girls in the side in her top-age year and a January birthdate, O’Malley took it upon herself to try and provide leadership amongst her peers.

“I find a responsibility to get around the girls and really rev them up before games, and I feel like it’s really important to get around and pick people up after they’ve been tackled to the ground,” O’Malley said. “So as one of the senior players I feel like you’ve really got to get around each other.”

O’Malley said she was making it a focus to improve her clean hands out of the contest, thus improving her disposal efficiency around the ground. In season 2019, O’Malley played all 10 games for the Chargers, averaging 10.9 disposals, 1.8 marks, 2.4 tackles and 1.6 inside 50s, while booting three goals.

As if she was a psychic, when asked what the Chargers needed to improve on, she not only hoped and predicted Oakleigh win more games in the NAB League Girls, but nailed the exact number as well.

“We’re definitely hoping to win more games than last year so try and go at least four/five,” O’Malley said. “It would be really good if we could go and make finals because we have a stronger team this year and we have a really good chance of doing that.”

The Chargers had the five wins and a draw, falling just two points short of finals in fifth. But one thing is for sure, O’Malley and her senior teammates did all they could in a season that showed they were a much more improved outfit.