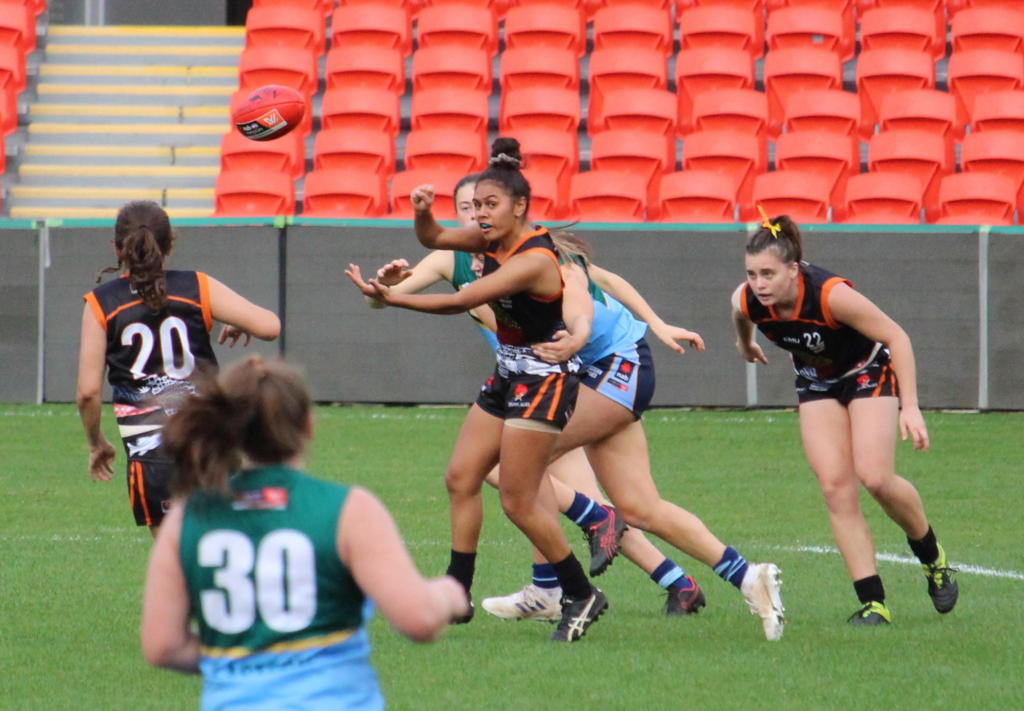 NIECE of Melbourne Demons great Aaron Davey, Tesharna Maher has footy in her blood and seems to be living up to the hype with her pace a real focal point of her game play. Having spent a lot of her younger years playing soccer the switch to footy was a bit unexpected but one she has taken in her stride.

“I’m originally a soccer player and because my mum and her brothers played football so she was like “why don’t you give it a try?” so I gave it a try and now I’m here,” she said.

Although the shape of the ball is different Maher has adopted some skills from her soccer days and applied them to the footy field to have an impact across the ground with her read of the play.

“I think reading the play because in soccer I was a defender so I had to look for the field and so yeah,” she said.

When asked about some of her skills Maher touted her contested ball work as a strength.

“I’d say either ground or contested balls and running and carrying with the ball,” she said.

Maher only picked up a sherrin three to four years ago but has not looked back since constantly looking to improve her footy and become the best player she can.

“I’d like to probably improve my endurance so that I can last through a whole game and probably also like aerial marks,” she said.

Encouraged by her mum to get into footy, Maher labels her mum as one of her biggest supports and inspirations while AFLW star Chelsea Randall is also in the mix given her impact on the footy field and caring nature.

The Central Allies player has been tasked with managing the commitments of both footy and school and has high hopes for the future.

“Well considering I’m still in school I’d love to finish that off first and then regarding football hopefully maybe get drafted,” she said.