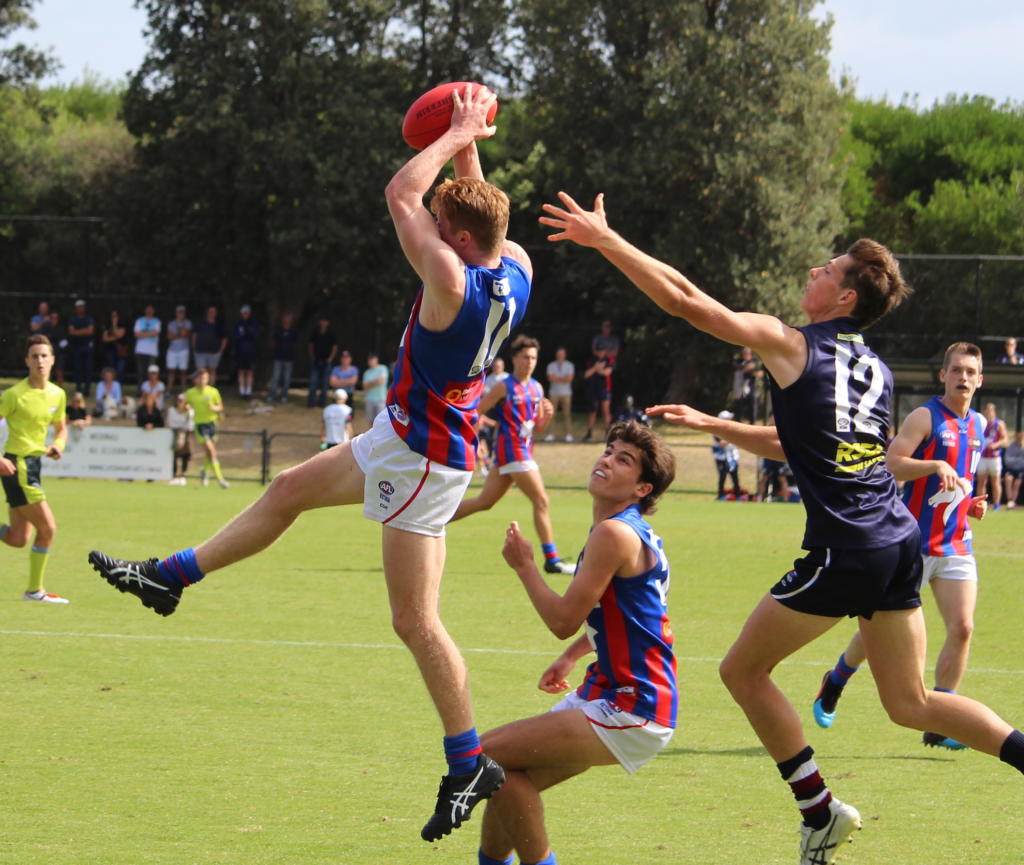 GOLD COAST’S massive concession package has received an equally large amount of feedback from the football community over the last couple of days.

One of its key features was the handing over of pick two to the Suns, paving the way for Noah Anderson to join his best mate and expected number one choice Matt Rowell in the Sunshine State.

Despite the wealth of outside noise as draft day approaches, Rowell continues to remain grounded in the face of each possible outcome.

“I don’t look too much into (outside chat) to be honest,” Rowell said speaking at the AFL National Draft Combine.

“If it was to occur that Noah (Anderson) and I went up to the same club I’d love that, it’d be pretty awesome to go up with one of my best mates. “I’m just hoping to put my best foot forward and hopefully at the end of November I can get my name called out.”

“I try not to think about (the chatter) too much and listen to the outside noise because I love just to play footy and play with my mates. “That’s the main thing for me so if I’m doing that, enjoying that and putting my best foot forward that’s all I can do.

The packaging of Rowell and Anderson could be strengthened by the addition of other high-end Oakleigh products like Dylan Williams and Trent Bianco, akin to how Brisbane successfully recruited and kept a raft of Vic Country prospects in recent drafts.

It is another possibility spawned by outside voices, but is one Rowell says would aid the difficult transition into the elite level.

“I’d love to have (Anderson, Bianco or Williams) if I was to go up there and share that experience with (them),” he said. “It worked for Brisbane… so if I was lucky enough to go up to Gold Coast I’d love to have blokes like that around me and we could try and have success there.”

Given nothing is set in stone, the reshuffled draft order not only effects those at the very top, but also those who are poised to immediately follow. Another player destined for early selection is Gippsland’s Caleb Serong, who shares similar sentiments to Rowell in the lead up to draft day.

“If I was lucky enough to go to Gold Coast I think for me the childhood dream has always been to play AFL and you can’t be too picky,” he said.

“For me it’s just whatever club if I’m lucky enough to get drafted and hear my name called out I’m more than willing to go anywhere and (I’m) really looking forward to that opportunity hopefully.”

“Similar to Matty I think it’s just (about)… going out there, training hard, playing the best footy you can and putting your best foot forward. “There’s a fair bit of hype around it, especially the last couple of days… now (I’m) focussing on exams after this and that takes a bit of the heat away from it for sure.”

The two also agreed on which test would be most arduous during the ongoing National Combine, without necessarily dreading any of them.

“The 2km’s always pretty hard but no, (I’m) looking forward to all of them and having a crack,” Rowell said.

“The 2km will probably be the toughest one and the yo-yo as well, the kind of endurance tests, but (I’m) looking forward to Thursday and Friday and getting out there and giving it a crack,” Serong added.

After tackling media street and some hairy questions from recruiters, the budding top five picks will continue their talks with clubs amid medical screenings before official fitness testing begins on Thursday and Friday.