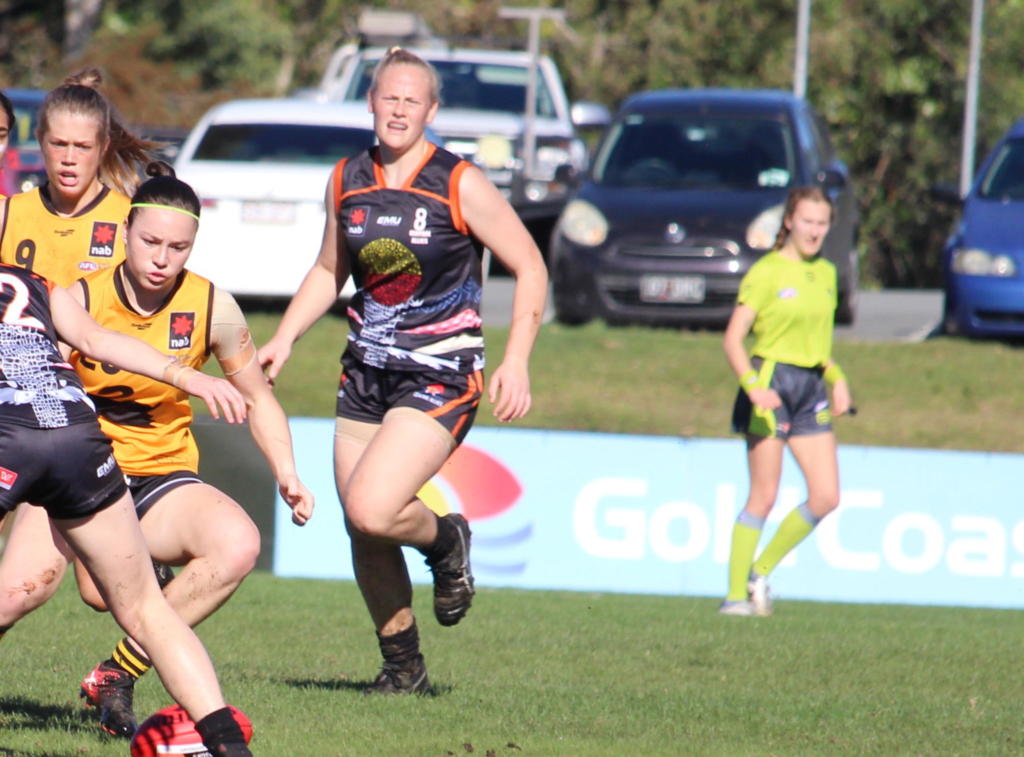 CENTRAL Allies player Kimberly Fry first started playing footy at the age of 12 with her love and passion for the sport spurring her into a team and ultimately into possible draft contention. The speedster does not hold back on the footy field burrowing in hard and backing herself in the contest.

“I just always watched footy and one day I just said to dad can I play and I guess I had to kind of persuade him and I started playing with the boys,” she said.

After a little bit of encouragement, Fry found herself on a boys team and went to work plying her trade across the footy field and winning the ball with style. She did not let the overwhelming number of boys get to her, instead embracing the added competition.

“I didn’t really know any different but I think I learnt a lot out of it. I like it a lot better with the girls,” Fry said. “I think the boys is a lot more intense which has helped me transferring between boys to the girls and just skills and stuff were a lot higher but that helped as well.”

She has never been afraid to bring the heat on the field tackling hard and throwing her weight around but her love for the game is more than just the physical nature.

“I just love the people you get to know along the way and the physicality of it,” Fry said.

The Central Allies defender has speed to burn and notes one of her strengths as her ability to go in hard and win the contested ball while she hopes to further enhance her decision making.

“Decision making under pressure because a lot of the time when I get the ball I just kick it away without looking and then it comes back,” Fry said.

It is not easy getting thrown into a new environment filled with a variety of players but Fry enjoys the challenge and takes it all in her stride.

“I think with any team it takes a long time to gel but once we kind of worked out each other’s strengths and weaknesses gelling together was really easy,” she said.

Like any aspiring footballer, Fry’s main aim is to get recognised and picked up to play in the AFLW while her main inspiration was her father who introduced her to the sport.

“Probably my dad because without him I wouldn’t have been playing he was the one that helped me get into it,” she said.