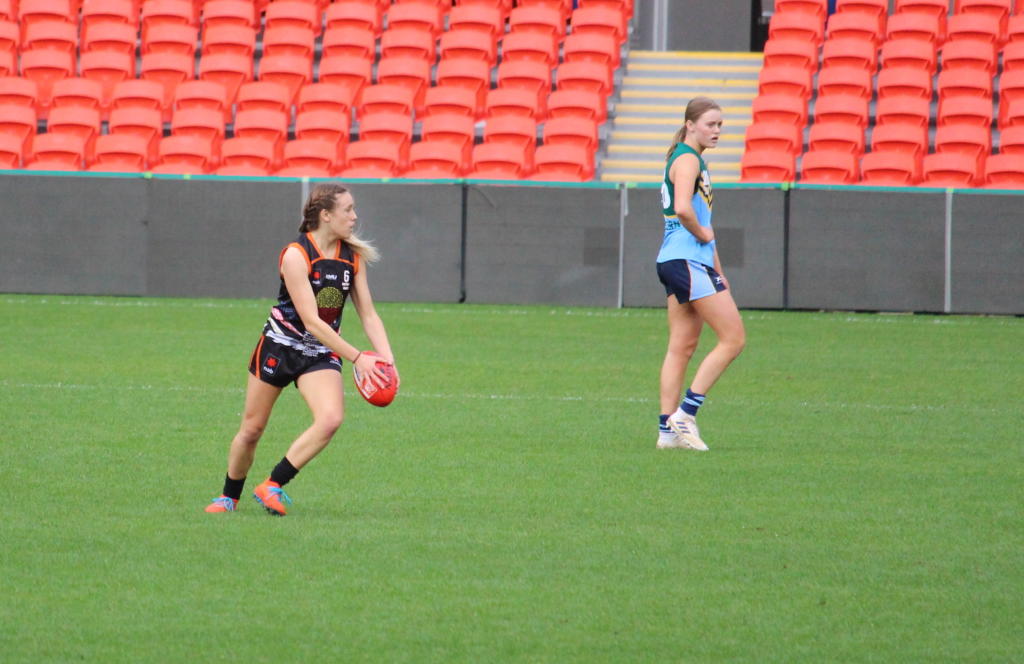 BACK-to-back South Australian National Football League (SANFL) Women’s premiership player Hannah Munyard has had quite the rise over the past two years. It is hard to believe that barring a very short stint as a child, Munyard had only really taken football seriously in her later teen years.

“I started football about two years ago,” Munyard said. “I did actually play when I was eight, but that was only for half a season and now I started playing for South Adelaide in the SANFL when I was 16 and then I played two seasons for them in the Under 17s and then went through to the women’s as well.”

Munyard not only played for South Adelaide, but she was one of the more impressive players for the Panthers in their premiership years, earning a place in the team in 2018, holding it and then being a dominant performer again this year. Her season earned her All-Australian honours on a wing in the SANFL Women’s Team of the Year.

“It’s an incredible club, I love playing for South,” Munyard said. “I learnt a lot from Krissie Steen, she was our coach. “The first year in the women’s program was probably when I learnt the most of my football and just gameplays, skills, everything there so it was a really good environment as well. A great club to be at.”

Her successful season came off the back of a big pre-season where her testing results where eye-opening to say the least. Munyard finished top three in every athletic test, showing off her unique combination of speed, power and leap.

“It was a big shock to me when I got the results but yeah I haven’t thought about it too much,” Munyard said. “Not sure how I level compared to the other states, but yeah obviously pretty happy with it.”

In her second year representing the Central Allies at the AFL Women’s Under-18 Championships, Munyard admitted the pressure was heightened in the 2019 edition after being a bit more relaxed in her bottom-age year.

“Up here probably last year I didn’t put so much pressure on myself,” she said. “I’ve found a lot more pressure in my head and my mindset’s in a bit of a different place. Being a bit more of a leader to some of the younger girls this year and probably I’ve definitely learnt a lot more about my game and just trying to put that into play this year and develop a little bit more.”

Along with focusing on her own game, Munyard was also tasked with looking out for others, named vice-captain of South Australia and therefore in the leadership group for the Central Allies.

“It’s amazing (being named vice-captain),” she said. “I definitely wasn’t expecting that either. “But it was really cool to see that it actually came from the team as well, so to acknowledge that in me. “It’s been a great learning curve for me as well because I haven’t really been a captain in football, but it’s a great bunch of girls and it’s amazing to just get around them and try and bring encouragement to them.”

It is no surprise that successful teams breed further success. South Adelaide had a host of young stars heading to the Gold Coast for the Under-18 Championships, something that helped Munyard and her teammates bond quickly with set plays in a situation that can be challenging – combining with the Northern Territory and playing competitive games with limited training sessions together.

“It’s pretty good (having so many South Adelaide players),” she said. “We actually had two girls from South injured and couldn’t come up to the Gold Coast. “Our ruckman is from South, so when I play in the midfield it helps us a lot as a team. Having midfielders from South we know how each other play which is helpful.”

Munyard’s strengths are her speed and agility, as she claims to make the best use of her athletic traits with outside run and creating forward plays for her side. She knows what she has to work on going forward as well.

“Yeah definitely my contested ball,” Munyard said. “Trying to get in there first and obviously I don’t have the biggest body so trying to get a bit more confident in my head, getting first to the ball and just working on that kind of thing.”

The teenage talent said her father was her biggest inspiration and she has always wanted to model her character on him and his drive to be the best she can be. Now her drive is to achieve as much she can – which means her eyes are on the prize of an AFL Women’s list spot.

“For sure, that’s my goal (to get drafted),” Munyard said. “Hopefully I can get there.”