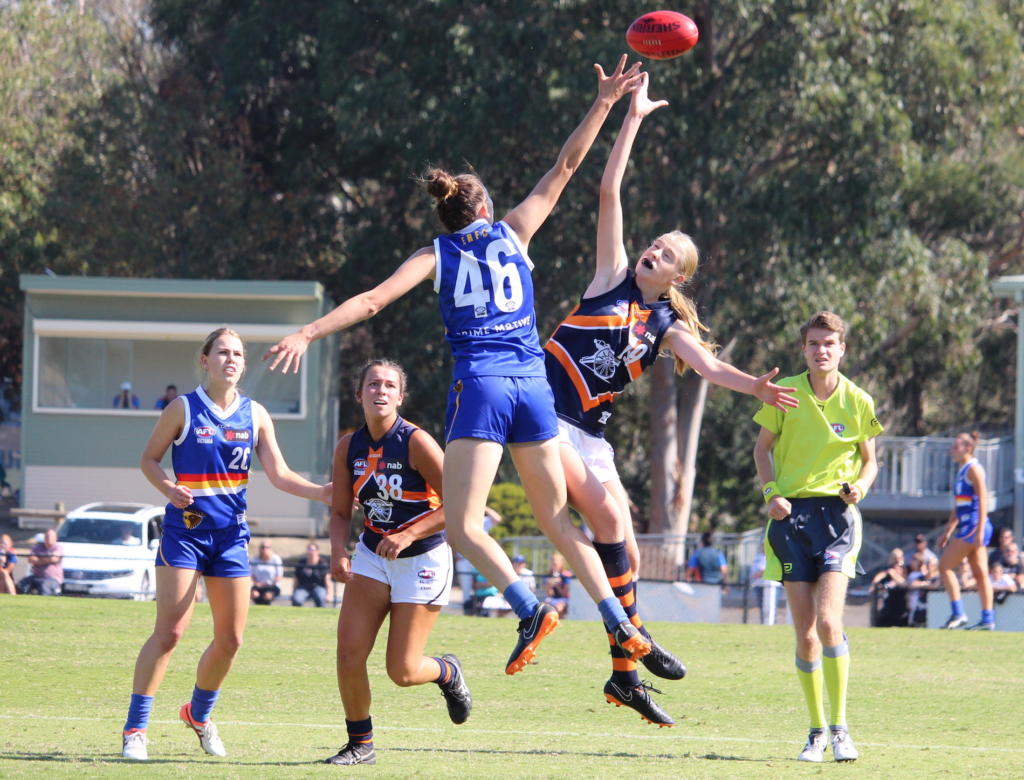 LIKE many junior women’s footballers, Serena Gibbs made the cross over from another sport ahead of her debut in the NAB League. It was a vastly different pathway to success for Gibbs however, joining Eastern Ranges with very little football experience to her name after playing netball all through her junior years and only really picking up a footy once scouted by Eastern Ranges. The talented up-and-coming netballer sat out of the 2019 Victorian Netball League, instead working on her football skills in the hope of getting drafted in October.

“This is actually my first proper year playing footy,” Gibbs said. “I’ve been lucky enough for Eastern Ranges to come join their list – I’ve come from netball. “I’ve done a few school footy games just joining in for the team but other than that this is my first season of proper real football.”

Netball and Australian rules football are vastly different sports, and making the jump between the two has been a learning curb for Gibbs despite her experience in elite sports pathways and the vague similarities of both sports.

Gibbs plays as a forward on the footy field, but back in defence on a netball court. While many would think the positional switch between the two sports would be tricky to adjust to, Gibbs said the change has helped improve her overall skills – and she enjoys the physicality of football.

“It’s not too bad coming from netball being a defender, being popped in more attacking sense in the forward line where my skills are actually better suited for,” Gibbs said. “In netball playing a defensive position I have to attack the ball quite constantly, and bringing that over into football has actually helped me become a better type of forward player as my coaches helped me transition into the role.

“Is it weird to say I like the contact? In netball, any small contact and you’re out of play. But with footy it’s a little bit rougher which is quite fun for me.”

Despite losing a number of top-age players ahead of the 2019 NAB League season, Gibbs said it was important to develop a side that combined every player for a full-field effort despite who made the field.

“As a team we were hoping to come together and play as one unit rather than separate three different lines … we did lose 17 top-age players, and we have a strong group of girls coming through,” Gibbs said.

“It’s providing younger girls, even myself being a top-age player coming into the sport, extra development. “Instead of just coming in at the top-age 18, it allows the girls to develop their skills with the proper coaching provided at the Ranges.”

Since her NAB League Girls season came to a close with a narrow loss to Northern Knights at Shepley Oval in the semi-finals, Gibbs has played six games in the Victorian Football League Women’s (VFLW) competition for Hawthorn, where she showed off her athleticism up forward, booting two goals against senior players.