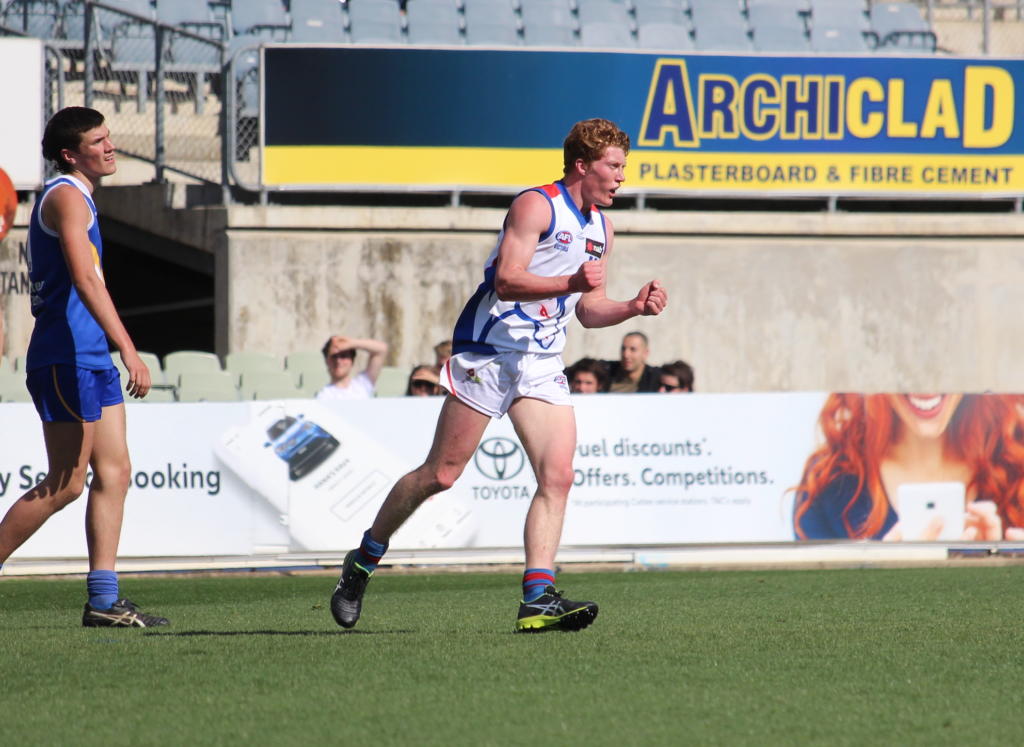 AS the NAB League has come to a close, we take a look at the two remaining sides; checking out their draft prospects, Best and Fairest (BnF) chances, 2020 Draft Crop and a final word on their season. The final side is the 2019 NAB League premiers – Oakleigh Chargers.

What a talent. The most talked about prospect for this year’s draft crop and the clear standout number one pick selection. He was best on ground in nearly all of his games this year, topped it off with a ridiculous 44 disposals and two goals in the grand final, there is not much he cannot do. Similar to Sam Walsh last year, Rowell is just one you know will deliver at an AFL club from day dot, and should enjoy the sunny weather on the Gold Coast.

All the expectations and talk are that he will follow Rowell up north with pick two and it is easy to see why. He can win games off his own boot, has that modern-day size for a midfielder, and hits the scoreboard which is crucial for AFL sides. Knows how to find the footy and is so damaging forward of centre. A remarkable season and will be a terrific AFL player going forward.

The talented co-captain will feature somewhere in the top 30 depending on where a club rates him, but he has that elite kicking ability and the versatility to play from defence to midfield and can hit the scoreboard. He sets up plays and is one who teammates will be hoping wins a lot of the ball given his effective use and great footy IQ, highlighting his upside.

His year was wrecked by injury, but there is no doubting Williams’ talent. The Chargers’ co-captain is arguably the most damaging forward in this year’s draft with his ability to win games off his own boot exactly like Anderson. He can win the ball in the air or at ground level and if he can develop to his potential going forward, is a really special player who could end up as one of the best out of this draft.

Oakleigh do not have a shortage on players who have attracted the interest of AFL clubs through draft combine invitations. Nick Bryan and Cooper Sharman are the next two in line above the quartet of stars above, receiving National Draft Combine invites, while Josh May and Kaden Schreiber were invited to the State Draft Combine, and potential Brisbane father-son and Essendon Next Generation Academy (NGA) member Lachlan Johnson, was handed a Rookie Me Combine invite – despite doing his knee mid-season.

Oakleigh’s BnF was completed on Wednesday, with Rowell remarkably winning it despite playing just seven games. It showed just how dominant he was in that limited period of time, with bottom-ager Lochlan Jenkins finishing second.

Oakleigh will have a ridiculous list of talent once again next year and you could start anywhere, but the most talked about player is Jamarra Ugle-Hagan with the high-flying tall forward a Western Bulldogs NGA member. Reef McInnes is a Collingwood NGA and will be thereabouts as well, while you could throw in Under-16 Vic Metro Most Valuable Player (MVP) Will Phillips as one who will go very high. Finlay Macrae – brother of Jackson – is another who is developing nicely, and it is madness that the likes of talented duo of Jenkins and Fraser Elliot could well be the fifth and sixth drafted considering the way they played this season. Still a long way to go, but Oakleigh will be right up there in terms of contending for back-to-back flags.

When you win a premiership, there is nothing else to say other than the season was an overwhelming success. The Chargers bounced back from grand final heartache in 2018, and went the step further and claimed the ultimate glory. With a core group of top-end talents for 2020, the Chargers will be thereabouts again next year and will be one of the most exciting teams to watch.