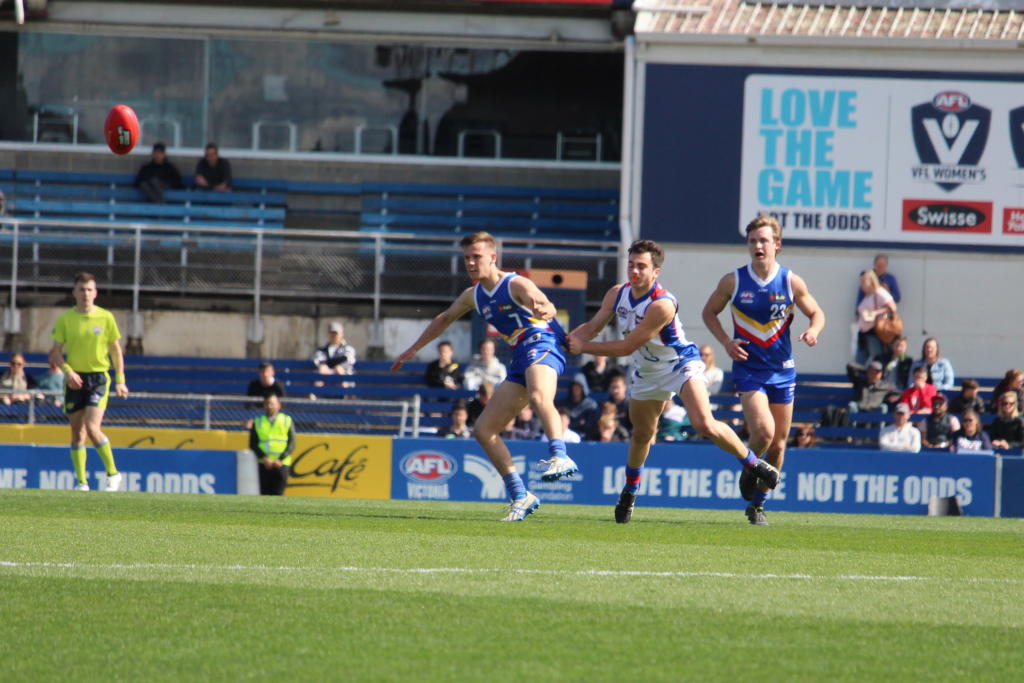 AS the NAB League has come to a close, we take a look at the two remaining sides; checking out their draft prospects, Best and Fairest (BnF) chances, 2020 Draft Crop and a final word on their season. The next side we look at is the Eastern Ranges.

Just a fierce competitor and relentless tackler. He thrives on the contest and impacts forward of centre, but his defensive pressure around the ground and team-first attitude is what will win recruiters over. He can win it on the inside or spread to the outside and hit the scoreboard or set others up going inside 50, and while he was stiff not to get more games with Vic Metro, Stapleton has continued his strong rise over the past few years.

Similar to Stapleton, Mellis just cracks in and wins the ball with a consistent effort each and every week. At 173cm, he is set for a small forward role at the elite level if picked which will more than suit him given his footy IQ around stoppages and ability to create scoreboard pressure either for himself or his teammates. Mellis is one of those players that probably does not have a standout trait, but just ticks a lot of boxes across the board, with not too many deficiencies as a whole.

If he had a bit more luck with injury over the past 12 months, he would be talked about a lot more in draft calculations, but he clearly has the talent, and while at 190cm he plays that undersized key forward role, Rossiter has shown he can pinch-hit in the midfield too. Where a club will develop him might be dependent on where he ends up, but considering the talent he has shown in bursts over the past few years, you would have to think he will land somewhere, he is just more of a long-term prospect who with the right continued development could be something special.

The Eastern Ranges have such an even team it is hard to identify where their players might fall and in what order. While they did not have a National Draft Combine invite, they had a host of State Draft Combine invites lead by the above trio, as well as Zakery Pretty, Tyler Edwards, Lachlan Gawel and Billy McCormack, while Riley Smith earned a place at the Rookie Me Combine.

The BnF is done and dusted for the Ranges, not wasting any time after the grand final loss and announcing Stapleton as their top player for season 2019. Mellis and James Ross were not too far behind, while Pretty was the most improved player.

There is a bit of excitement in the Ranges’ 2020 draft crop with Wil Parker and Josh Clarke a couple of half-backs who could progress into the midfield and show a bit of talent with their skill and dare respectively. Salele Feagaimalii is one who impressed at the start of the season, while the top prospect for next year is a Hawthorn Next Generation Academy member in Connor Downie. Already represented Vic Metro this year, Downie is one who can win games off his damaging left boot and will be exciting to watch next year. The other player who earned a spot in the Under-17 Futures game back in August for Metro was ruck, Jack Diedrich.

Eastern will be proud as punch for what this group was able to achieve. They fell short in the ultimate decider against Oakleigh, but defied external expectations and rose up the ladder like very few before them. To move from second bottom to runners up in a year is a credit to the players, coaching staff and everyone involved at the club. There is no doubt this group will not only fill out some AFL spots, but also state league and high-level local league positions as well. They are well placed heading into 2020.