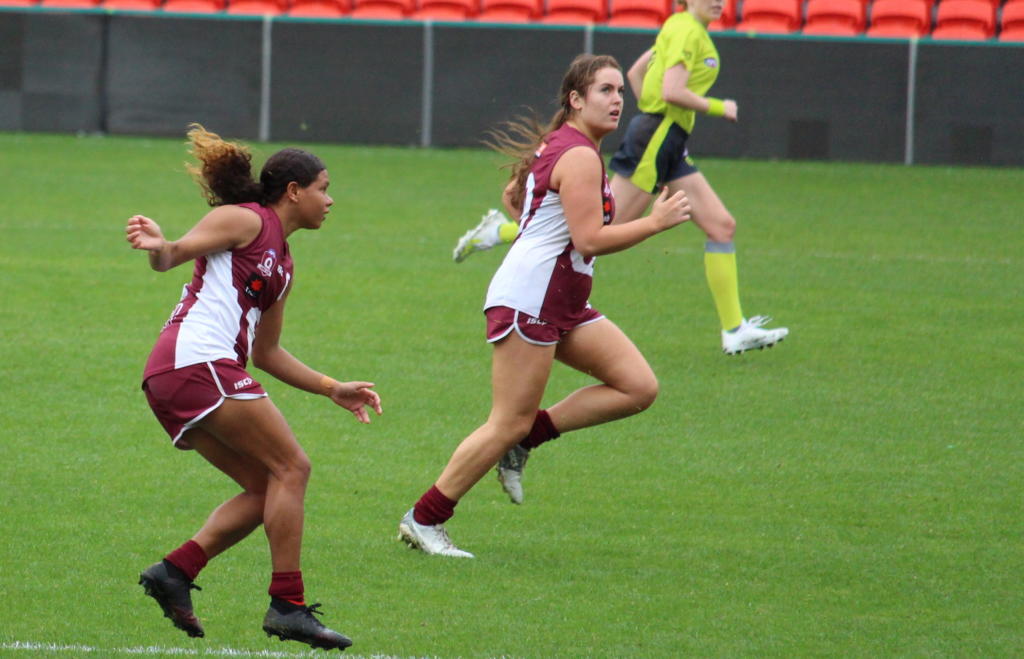 QUEENSLAND’S Georgia Eller has reached the elite level of her junior Australian rules football career, but she is intent on keeping it simple – improve and have fun. While the AFL Women’s Draft approaches, Eller has tried not to let it worry her, with her goal on maintaining fun and focus the number one priority. Especially considering she has come from another sport.

“I started playing soccer when I was a young age,” Eller said. “My dad’s from Melbourne so he’s grown up playing footy all his life, and my brother played for Queensland when he was Under 15s. “So I started playing at school and trialled for the Sunsets team in Under 14s and made that, and been playing since.”

It was not the easiest transition going from soccer into Australian rules, and the timetabling or scheduling made it even more difficult.

“It was hard because games would be on the same day and I’d have to choose which one I’d have to play,” Eller said. “It did come with some consequences I guess because I did some stuff for soccer. “But in the end, I just loved AFL more and stuck with that.”

Since making her choice to pick the oblong ball over the round one, she has not looked back, praising the inclusiveness of the sport’s culture.

“Not at all (missed soccer),” Eller said. “It’s such different culture. “AFL is so much more… everyone is like more friendly and everything, it’s really good.”

Being a stronger body running around the football field, Eller said her strength over the football and her disposal by foot were among her top areas that she was pleased with. However she has a clear goal for her improvement.

“Definitely my fitness,” Eller said. “Wanting to play onball in the midfield, you need to get fitter. “And probably contested marks overhead.”

When asked about which player she idolised, it was not a current AFL Women’s player, or even a current international sportsperson, instead, she looked a lot closer to home with teammate, Serene Watson being Eller’s pick.

Now Eller is keeping her focus ahead of her and her goal remains the same.

“Hoping to obviously get drafted, but just have fun with it as well, and just play as high possible level as I can,” she said.