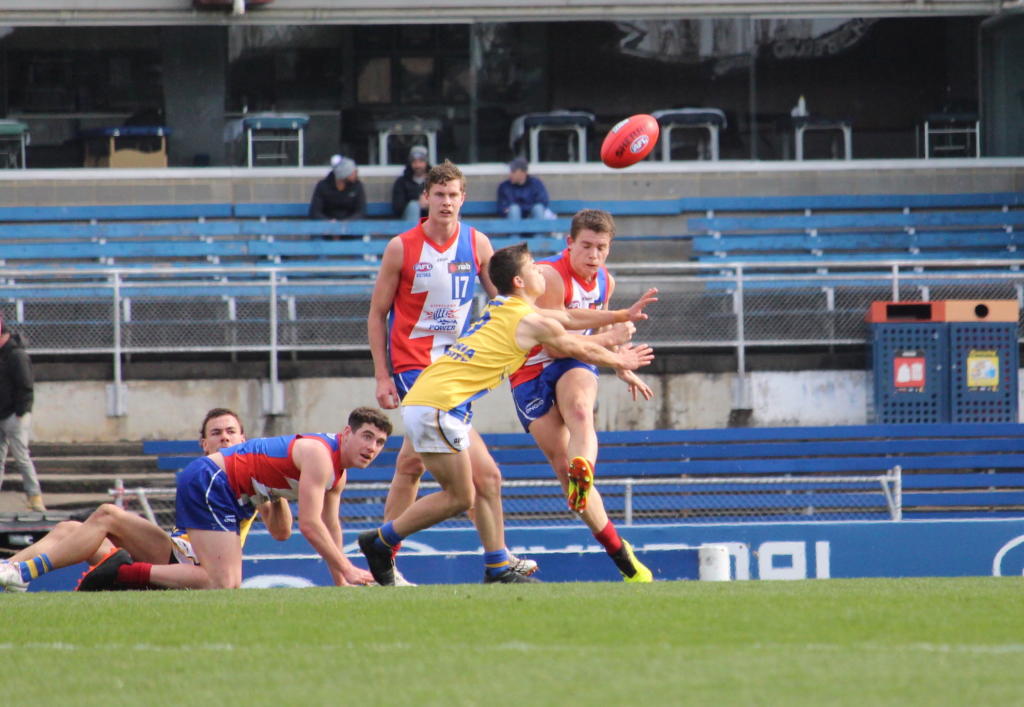 AS the NAB League grand final approaches, we take a look at the sides that are no longer in contention for the title; checking out their draft prospects, Best and Fairest (BnF) chances, 2020 Draft Crop and a final word on their season. The next side we look at is the Gippsland Power.

The hard-nosed and aggressive ball winner was outstanding in each of his five NAB League outings spilt at either end of the season, while also performing for Geelong Grammar and Vic Country in a high quality year of football. Serong is competitive and his standards are high, helping him get the best out of himself in his time at the Power. He could well be the third player taken after Oakleigh’s two stars, offering goals up forward or a reliable midfield asset to whichever club he ends up at.

Flanders’ stocks have risen on the back of a massive finals campaign where he proved he can take big games by the scruff of the neck and make them his own. His combination of inside work and forward prowess makes him a rare prospect, and one who is now pushing the likes of Serong to feature among the top five picks. Explosive yet clean, Flanders has lived up to all expectations coming into the year and has definitely added to the high-flying forward profile he built in his bottom-age season.

The leading Country side this year in terms of draftable talent, Gippsland should have a good number of players taken throughout each round. Tall forward/ruck Charlie Comben has shown great improvement to thrown his name in the hat, with skipper Brock Smith a consistent figure throughout the year who missed the back end due to injury, and Riley Baldi is another mainstay who proved his worth. Fraser Phillips is a dynamic forward with huge upside who should also be in the mix alongside classy outside movers Leo Connolly and Ryan Sparkes. The form of Hawthorn NGA prospect Harrison Pepper will give the Hawks something to think about come November, too.

Flanders’ impact on each game he played will put him right up there despite playing less games than others, while the likes of Connolly, Tye Hourigan, Sam Berry and the Baldi brothers enjoyed consistent patches throughout the middle of the year to give them good chances of getting up.

While the class of 2019 has been incredibly strong, the Power has been able to blood a good number of bottom-agers this year which bodes well for sustained form in 2020. Midfield bull Berry and exciting forward/wingman Ryan Angwin lead the charge at this stage, with versatile tall Zach Reid another with plenty of promise. The likes of Will Papley, Tom Fitzpatrick and Tyran Rees saw plenty of action in their bottom-age years too, so should feature heavily again next time around.

Gippsland Power will be disappointed they ultimately fell one win short of the decider again, but still had plenty to enjoy this season with a number of draft prospects stepping up and having most of the Vic Country squad this year. The Power were the only Country side in the top seven teams, and they still have some bottom-age talents who will look to take the next step up in 2020. Expect another strong season next year with some important roles filled already based on their form this year.