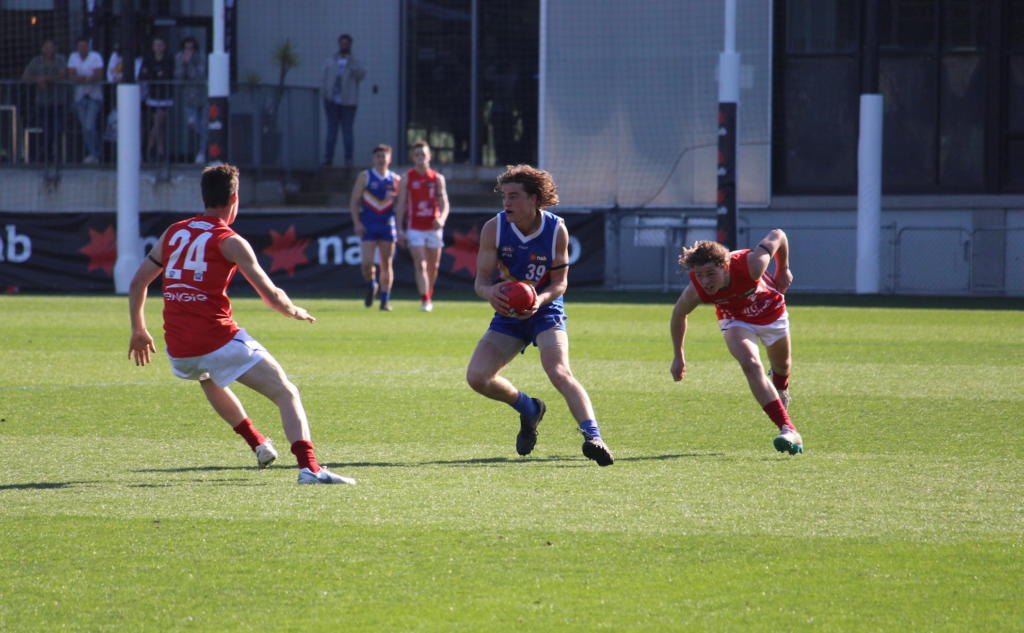 MINOR premier Eastern Ranges advanced to the NAB League grand final with a 30-point win over the Gippsland Power at Princes Park. The Ranges fought off every Gippsland challenge to run out comfortable winners in the end, claiming the 10.8 (68) to 5.8 (38) result.

In a slow opener, it was Eastern who edged ahead through goals from Jamieson Rossiter and Jordan Jaworski, with a long-range major to Harrison Pepper splitting the two Ranges efforts. The midfield battle was tight, with Gippsland’s key ball winners doing everything in their power to give their forwards first use. But the Ranges continued to get on top as the scrum-like contest wore on, working hard in general play to lock the ball in their half and create the better opportunities. Their chances were not all taken though, with the 11-point half-time lead not looking nearly as comfortable as the Ranges did out on the field and something they could have gone on to rue. In another two goals to one term, Caleb Serong’s set shot goal was Gipplsand’s sole response to majors from Todd Garner and a beauty from Connor Downie at range heading into the main break.

It took a while for the shackles to break after half-time too, but the Ranges made a brief spell of dominance count as Joshua Clarke broke the early deadlock while Jordan Jaworksi and Callum Norris followed suit. With the margin stretched out to 30 points the Power needed a lift. It came in the form of Sam Flanders up the field, with Nicholas Prowd almost an unlikely hero with two chances on goal, settling for the one major. A silly 50m penalty to Fraser Phillips gave Gippsland a sniff as he converted after the siren. In a familiar scene, it took until the six minute mark of the final term for a goal to be scored, and it came through Ben Hickleton to make things really tough for Gippsland. It was soon all over as Tyler Sonsie slotted home the sealer after Charlie Comben missed the chance to instantly reply, with Rossiter booting another and Serong adding his second just before the final siren.

Lachlan Stapleton led the charge with an equal game-high 28 touches, with bottom-age defender Wil Parker next best on 23 touches and Connor Downie impactful with his goal from 17 disposals. For Gippsland, it was the typical duo of Flanders (28 disposals) and Serong (21 disposals, two goals) who stood up, while Pepper was terrific in defence.