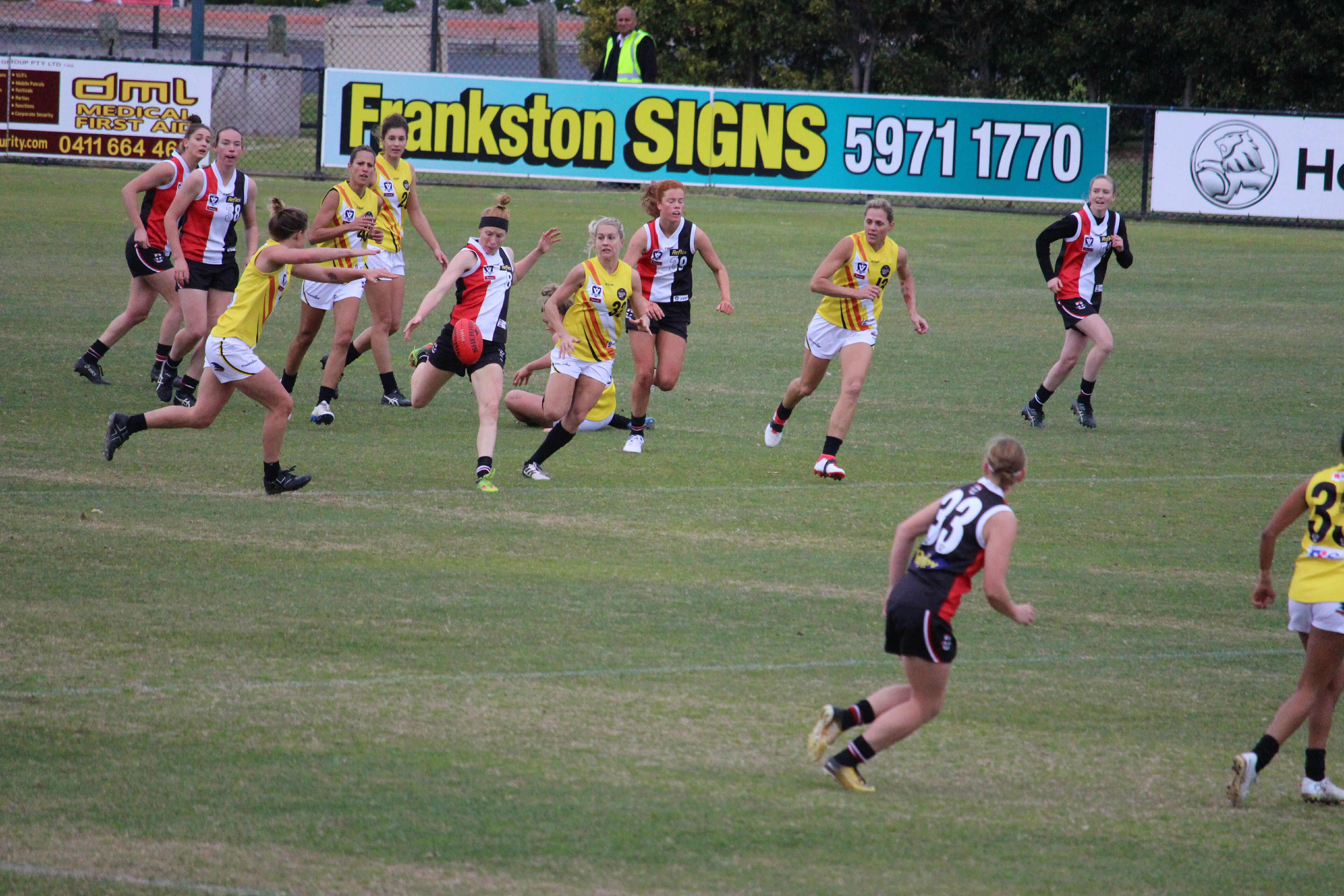 IT is all or nothing in the VFL Women’s for Collingwood and Southern Saints with both sides vying for a spot in the grand final next week. The ledger between the two sides sits at one apiece with the Saints getting the wood over the Pies early, before Collingwood struck back in the qualifying final to even the tally. The winner is set to face the Bulldogs in the decider.

After an inaccurate performance, last round the Magpies will be hoping to make amends for their missed opportunities and capitalise. On the other hand, the Saints will be brimming with confidence after a strong showing against the Mugars making for a hot contest. Both sides have had an up and down finals campaign unable to string consecutive wins together credit to the intensity and ferocity of the competition but with it all on the line a full four quarter performance is essential.

The minor premiers will be hoping to return to form with Chloe Molloy the only player to slot a goal last week for the Pies. Molloy ran rampant presenting up at the footy and collecting her fair share of touches and will be hoping to repeat her efforts once again in the preliminary final. Jaimee Lambert has proven throughout the year that she can cause headaches in the forward 50 with her strong leads and impressive goal sense making her a real barometer for the side. The last time these two sides met Lambert had a day out piling on three goals and will be wanting to have a similar performance this week. Collingwood will be sweating on the return of Bri Davey who was sorely missed around the contest given her ball winning ability and clever disposal meanwhile Brittany Bonnici will be hoping to replicate her ball winning skills again this week to help surge her side into the grand final.

The Southern Saints have no shortage of star players with the likes of Tilly Lucas-Rodd a real ball magnet along with Emma Mackie who is deadly by foot. In the ruck Rhiannon Watt could pose a dominant threat for the Magpies with her aerial strength and well directed taps while the likes of Alison Drennan and Melissa Kuys relish her hard work. Last round, Caitlin Greiser unleashed once again with the young forward making the most of her opportunities inside 50 finishing with four majors. When they met in the qualifying final, Olivia Vesley had a field day gathering the ball across the ground with ease while former Magpie Darcy Guttridge also asserted herself making for an interesting battle this round.