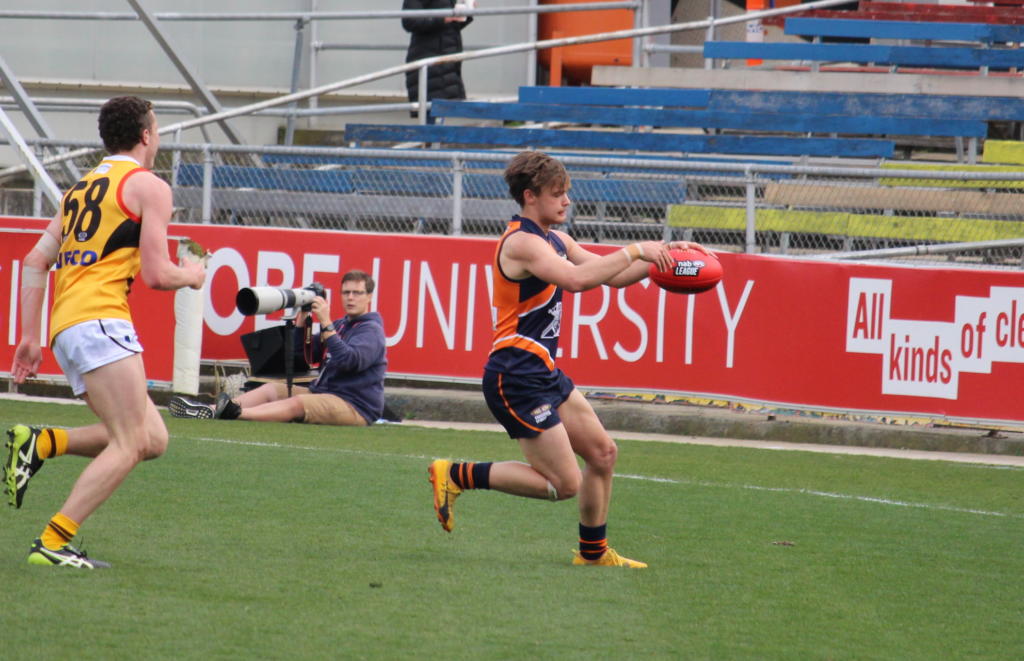 AS the NAB League season finals approach, we take a look at the sides that are no longer in contention for the title, checking out their draft prospects, Best and Fairest (BnF) chances, 2020 Draft Crop and a final word on their season. The next side we look at is the Calder Cannons.

The silky outside midfield developed the inside portion of his game this year, winning a truckload of clearances and building on his spread to have a real impact on the side with his outside skill and improved hardness at the coalface helping him become a two-way midfielder. He also hit the scoreboard more as the season went on and racked up the ball with ease in the last month showing off he can lift the team on his shoulders.

A real raw prospect who has some serious talent when he is on. Showed his potential to play back, forward or through the ruck and win the ball around the ground. Possessing a potent long kick and an ability to get it done at ground level as well as in the air, Jones will look to bulk up his frame further, but will be an exciting player for whichever club selects him which is likely to be second round onwards.

The Cannons had a number of draftable prospects show their wares outside their two National Draft Combine invites with seven State Draft Combine invites. Curtis Brown, Sam Ramsay, Brodie Newman and Jeremy O’Sullivan were names who were regularly in the best for Calder. Francis Evans showed he was capable of kicking goals in his three games, while Lachlan Gollant became a big improver this season along with Nathan Stewart.

There are a number of BnF possibilities from the Cannons, with Ned Gentile highly rated alongside Ramsay who both missed out on Vic Metro selection but put together strong seasons. Brown, Mott and Newman will all poll well, while bottom-ager Jackson Cardillo and O’Sullivan are others who could be up there in the top handful.

Leading the Cannons’ charge for 2020 are Cardillo and Campbell Edwardes, the latter of whom overcame a long-term injury to get some runs into the legs in the back half of the season. Cardillo played every game and became a classy member in the front half, while Jack Keeping and dual talls Josh Eyre and Cody Brandt are others who will benefit from game time this year.

Calder Cannons started the year with a shocking 109-point loss against Sandringham Dragons and there were some serious worries early, but they steadied in the back half of the year, overcoming inconsistent form in the first half to make finals and then secure a semi-finals spot. While the Cannons lacked that bit of polish the top four sides had, they would still be pleased with the year they put together given that first match. Looking ahead to next year, the Cannons have some good positions covered around the ground for both talls and smalls and could further improve with the players at their disposal.