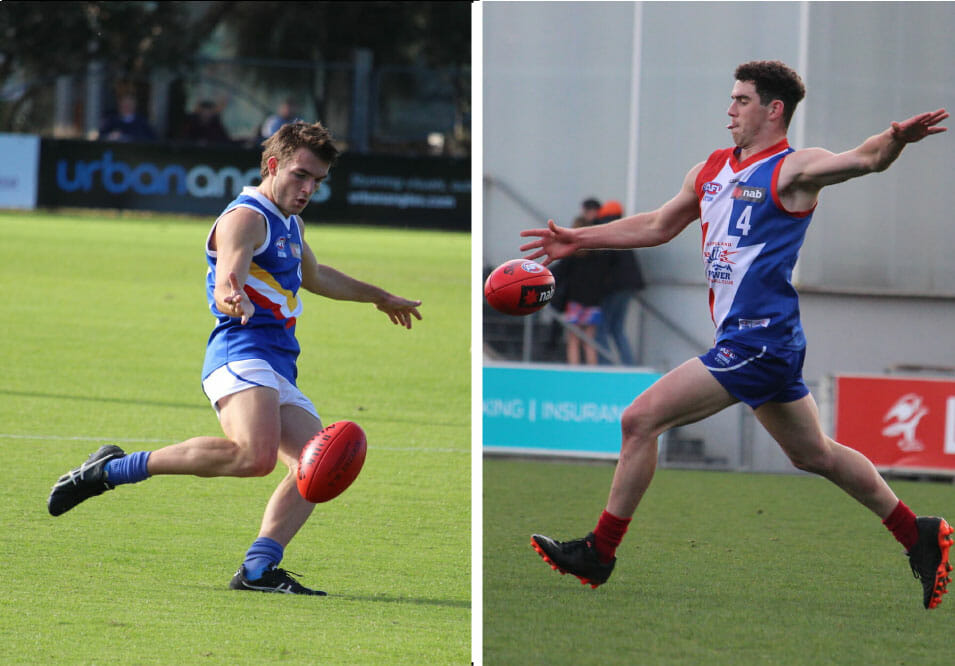 Minor premier Eastern Ranges takes on second-ranked regular season side Gippsland Power on Saturday for a spot in the NAB League Grand Final.

Comfortable winners in their semi final, the Power come in as one of only two teams to have beaten the Ranges this season – all the way back in Round 6. Both sides were at relative full strength that day and with similar lineups set to take the field in this clash, the 10-point difference in May points toward another flip of the coin kind of result. Notorious for their evenness across the board, the Ranges have benefitted from remaining almost untouched in terms of disruptions to their starting 23, which conversely is something Gippsland has been forced to work through with its wealth of top-end representative talent.

Power skipper Brock Smith, who has been named in the side after missing the past two weeks with illness, was his side’s leading ball winner in Round 6, and his addition to the line-up would be more than welcome in countering Eastern’s forward threats. Jamieson Rossiter is one Ranges forward hitting peak form at the right time, with the likes of Ben Hickleton and Billy McCormack also worth their salt around goal. The Power will have their own threats up the other end in Charlie Comben, Josh Smith, and Fraser Phillips, with both sets of defences to be stretched for height given the depth of tall options, so expect the second and third leading options to get involved.

It is the midfield battle where the game will be decided though, with Eastern’s reliable trio of Mitch Mellis, Lachlan Stapleton, and Zak Pretty coming up against the star-power of Gippsland duo Sam Flanders and Caleb Serong. The Ranges’ engine room often outworks its opposition and finds a way through traffic via series of handballs, but the lockdown pressure and aggression from Flanders and Serong threatens to shut that movement down at the source. The Power’s midfield depth in the likes of Riley Baldi, Sam Berry, Ryan Sparkes, and Leo Connolly makes them tough to beat, but if any team has proven to outshine names on paper, it is Eastern.

There is hardly anything separating the final four and this fixture should prove it. If we could tip a draw, we would, so expect a tense contest with the consistency of Eastern grappling the X-factor Gippsland’s match-winners can bring.

As already discussed, the midfield battle will be the one that wins the war. Similar in shape and size, Pretty and Flanders present a perfect match-up as ironically two of the bigger midfielders on the park for either side. Flanders has reminded us of his forward craft of late, and snuck inside 50 well last time out against the Ranges to boot two goals from 25 disposals. The Eastern midfielders arguably won’t afford him the same luxuries this time, and Pretty is one of many Ranges extractors who can match Flanders in going both ways. Both players tackle hard and win the ball at will, making this a battle that could decide which forward line gets first use. Expect to see Flanders’ explosiveness from the stoppages, countered by Pretty’s shrewd vision and handballs out to runners.

With the majority of finals action played out in a contested manner, teams often look towards their outside runners to break the game open. Enter Downie and Sparkes. Often lining up on the wing, both players have the ability to rack up possessions on the outer and use it well going forward, with the wealth of inside midfielders in this game able to feed them both. The point of difference for the bottom-aged Downie is that he may be used off flanks at either end or even at the centre bounces, while Sparkes has very much found a home on the wing. Expect to see them line up on each other but find plenty of space on Ikon Park, breaking the lines and gaining serious meterage.