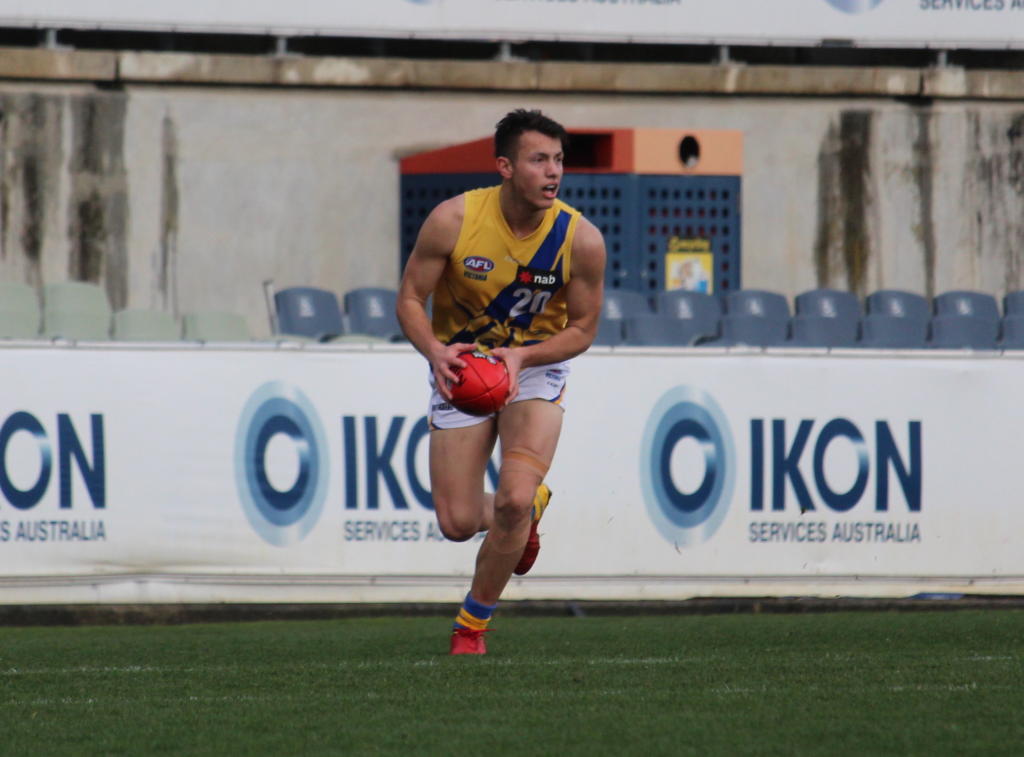 AS the NAB League season finals approach, we take a look at the sides that are no longer in contention for the title, checking out their draft prospects, Best and Fairest (BnF) chances, 2020 Draft Crop and a final word on their season. The next side we look at is the Western Jets.

After bursting onto the scene as a 16-year-old two years ago, Cassar has shown his versatility over the past two years to be able to play in all thirds of the ground. He has settled at half-back this year and lifted his disposal count with some huge numbers in the NAB League Boys this season. He still showed his potential in the forward half during the National Under-18 Championships and while inconsistency plagued him at times, showed enough to suggest he will be a player that can develop strongly in the future.

The key position utility played at both ends this year and similar to Cassar had some inconsistent performances. At his best he was almost ripping the game from the opposition – such as the last quarter in the Victorian trials where he was clunking marks left, right and centre – but it is closing the gap when the game is not favouring the talls to maintain intensity and impact on the ground. He is still one of the better talls in the crop and has a good athletic base to build on, with his contested marking one of, if not the best in the crop.

The Jets finished the year with the three National Draft Combine invitees, so along with Cassar and Jeka, Josh Honey is the other one who has impressed enough clubs to earn a place at the combine. Overager Daly Andrews put in a consistent season this year to remain a chance after earning a Rookie Me Combine invitation.

Given his season, it is hard to look past Morrish Medallist Lucas Rocci who after making the switch from attack to defence has been superb as captain of the side. Competition leading goalkicker, Archi Manton will polll well, as will overage ruck Will Kennedy, Andrews and Jonah Horo.

The Jets have a number of bottom-age prospects who became the cream on top of their 2019 blue collar team with exciting forward Eddie Ford having one of the best leaps in the game. Along with Ford, each third is covered with a talented prospect including midfielder Lucas Failli – who while undersized provides plenty of grunt on the inside – and Cody Raak who used the ball well in defence with an ability to play tall or small. The fourth player to earn a place in the Under-17 Futures game highlighting his talent this year was Liam Conway who will be one to also keep an eye on next year.

Western Jets played a strong defensive game this year, often engaging in low-scoring dour battles that highlighted their strengths in the back half. They struggled to put up big scores at times with the likes of Manton and Aaron Clarke being the main targets, but were happy to keep the game low scoring, backing their defence to restrict their opponents. They had the least amount of overall combine invitations this year, but took home the season’s ultimate individual awards with Rocci (best and fairest) and Manton (leading goalkicker). They have a bit more flair about them next season and will develop further in Ryan O’Keefe‘s second season in charge after nailing the defensive aspects of football this year.