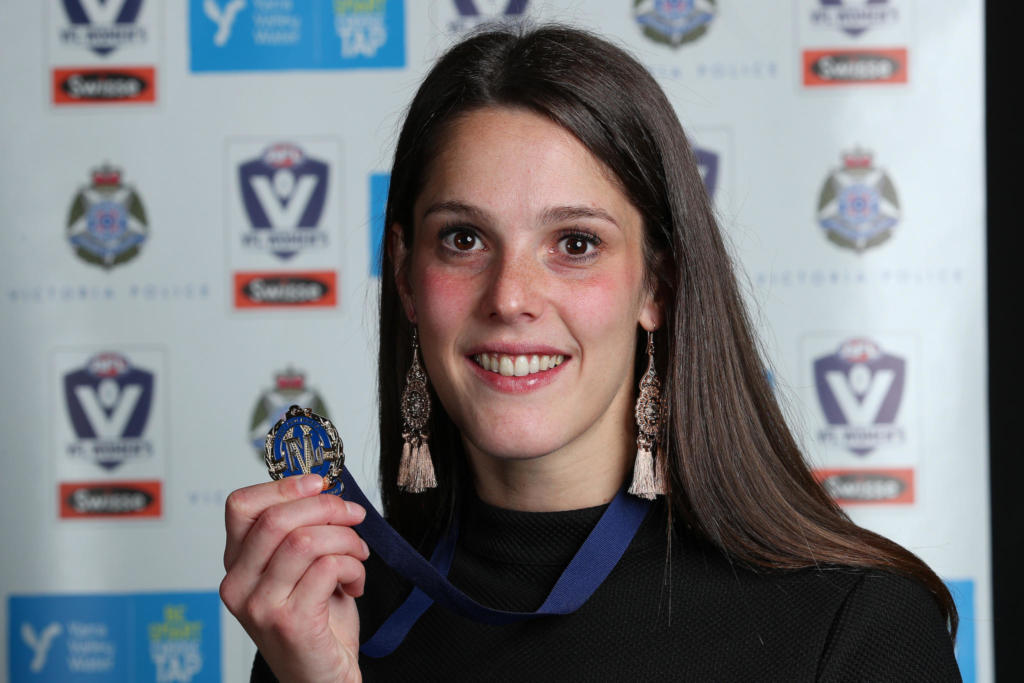 DAREBIN Falcons’ ruck Lauren Pearce has claimed the 2019 Lambert-Pearce Medal for the Swisse Wellness VFL Women’s best and fairest player at the competition’s awards night last night. The 26-year-old had a stellar season despite her side being unable to register many wins.

The Melbourne AFLW-listed player became the third Darebin player to win the Lambert-Pearce Medal in the four-year history, following on from former Falcons, Daisy Pearce (2016) and Katie Brennan (2017) as past winners. Brennan herself featured early on the leaderboard, equal second with Tigers’ teammate Monique Conti after eight rounds, just two behind Casey Demons’ Bianca Jakobsson. While Brennan ended up finishing on those eight votes, Conti became Pearce’s – who was on six votes after eight rounds – biggest challenger.

After 13 rounds, Pearce was on 15 votes and lead Melbourne University’s Ash Riddell by three, with Conti and Jakobsson back five. In an unusual quirk at that stage, both Hosking sisters – Jess and Sarah were on identical votes with nine apiece alongside Essendon’s Celia McIntosh and one of the pre-night favourites, Collingwood’s Jaimee Lambert.

Heading into the last two rounds, Pearce held a five-vote gap on Conti with the Falcons’ ruck missing the final couple of matches, while Conti earned votes in both. But to the Falcons’ camp delight, it would not be enough with the dynamo Tiger making up just three of the six votes required to win, allowing Pearce to claim the victory.

Pearce’s win came off the back of five best-on-ground performances, including all four of Darebin’s wins. She picked up a further three votes to take her tally to 18, two clear of Conti, with McIntosh (14), Riddell (12) and Jakobsson (10) next in line. The Hosking sisters and Lambert remained on nine votes at the conclusion of the night.

VFL Women’s Team of the Year 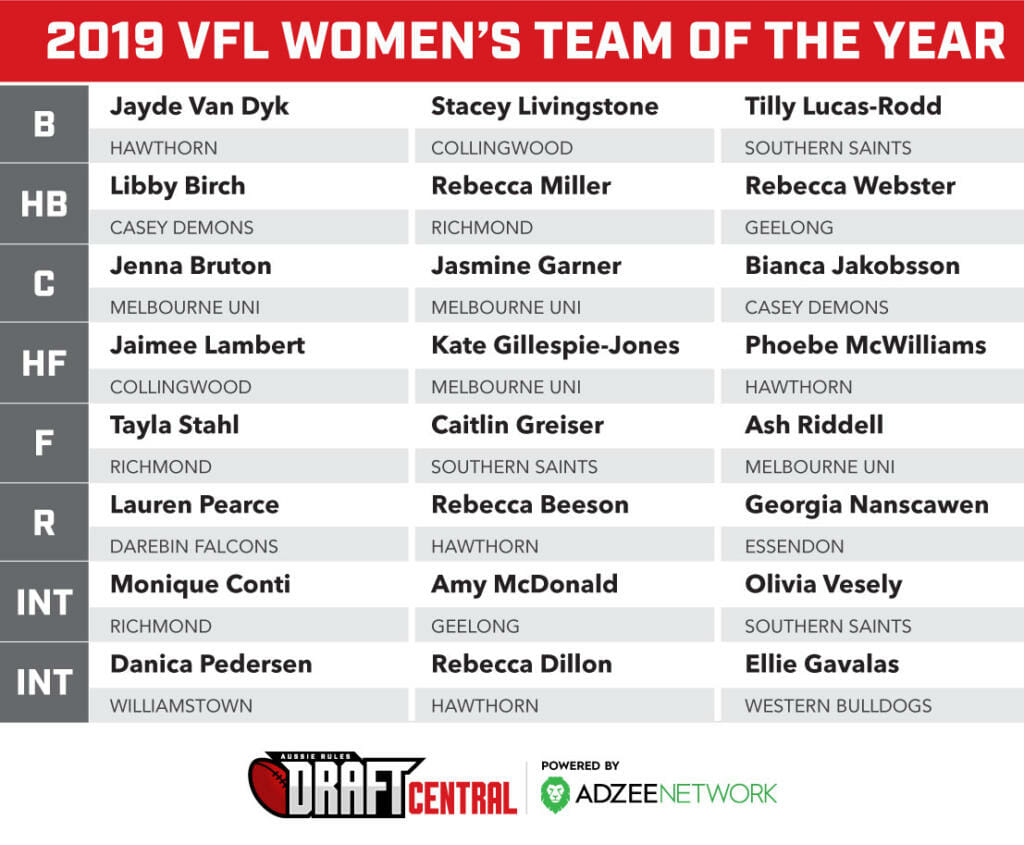 ELEVEN of the 13 VFL Women’s teams were represented in the 2019 Team of the Year, with reigning premiers Hawthorn, and semi-finalists Melbourne University recording a league-high four players each in the 24-player side. Preliminary finalists, Southern Saints had three, the same number as finalists, Richmond, while minor premiers Collingwood, as well as Geelong and Casey Demons both had two apiece. Darebin Falcons, Williamstown, Essendon and Western Bulldogs all had the one player in the Team of the Year, leaving Carlton and Northern Territory Thunder as the only teams without a representative.

Richmond’s Tom Hunter was named the Coach of the Year after an outstanding season, guiding the Tigers to a finals series and earning the senior job at the club when it enters the AFL Women’s competition next season.

Western Bulldogs’ Caroline Kilmartin earned the Ann Rulton Award for her volunteer work at the club.