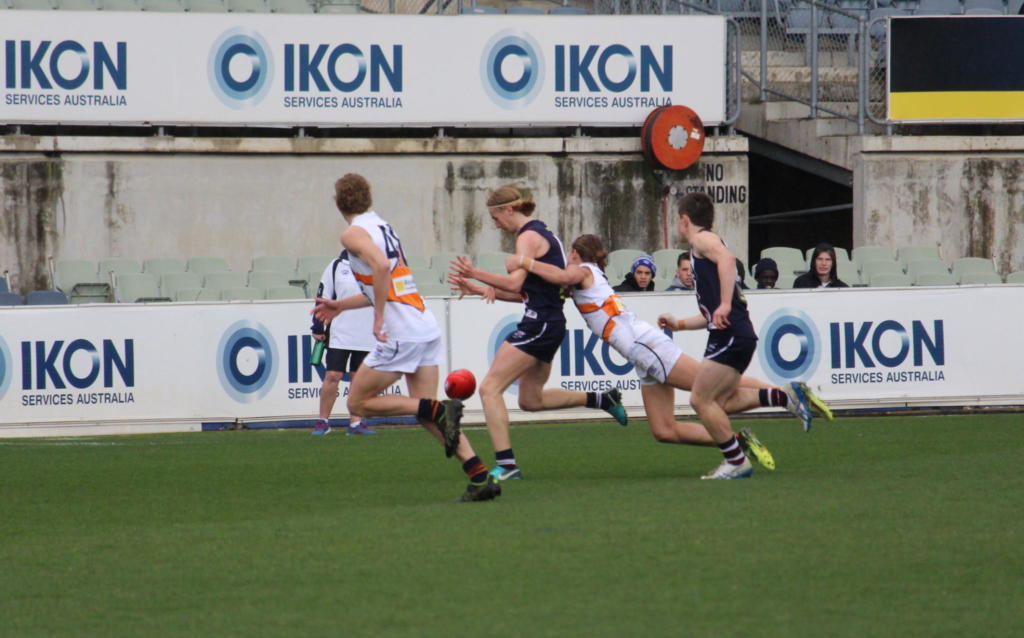 SANDRINGHAM Dragons set up another meeting with Oakleigh, advancing to the NAB League preliminary finals with a 47-point win over Calder at Ikon Park.

Remarkably, Sandringham only had three more scoring shots than their wasteful opponents in the 8.7 (65) to 1.12 (18) result, with their hard-working midfield getting well on top in indifferent conditions.

After a short period of territory for Calder on the back of some Daniel Mott clearance work, Sandringham took full advantage of their time in possession to get on the scoreboard first through Hugo Ralphsmith. The zippy forward snared another after Curtis Brown slipped at the least opportune moment, with Finn Maginness’ prop and finish from 40m splitting Ralphsmith’s third goal to see out the term. The Dragons’ midfield height and strength proved key in the wet, with their dynamic forward movers first to the fall of the ball inside 50.

The hot Sandringham start was halted under heavier rain in the second term, with Calder again enjoying an extended period of forward half possession. In a case of déjà vu, it was all to no avail as Blake O’Leary popped up at the other end as the last link in a fast chain of possession to snatch a goal against the run of play. O’Leary’s goal would be the only one for the quarter with Calder only managing four behinds, but that didn’t stop the Cannons firing a bit of chat Sandringham’s way at the main break, which they entered 26 points down.

The signs were ominous after half-time as Sandringham broke through for two majors via Jacquin Mifsud and Ollie Lord, with Calder yet to find their opener. That changed at the back end of the term as Jackson Cardillo converted a handy set shot chance as the rain again dried up the scoreboard. Jake Sutton didn’t fare as well with his shot after the siren, seeing the Cannons go into the final term 35 points adrift. The margin proved too far a gap to bridge as the Dragons got the better of a dour final term, with Angus Hanrahan’s goal over the back the only major to see out the contest.

Maginness was absolutely everywhere with 26 disposals to go with his classy goal, with skipper Ryan Byrnes matching his haul and Hanrahan leading all-comers with 29 on the outside. Ralphsmith failed to add to his three first term goals but ended with 3.3 from 16 touches, with Jake Bowey (14 disposals, four marks) another to impress going forward. For the eliminated Cannons, Sam Ramsay led the way with 22 disposals as Mott trailed with his 19 touches, while Brodie Newman put in a shift at both ends and Cardillo finished as their lone goal-getter.