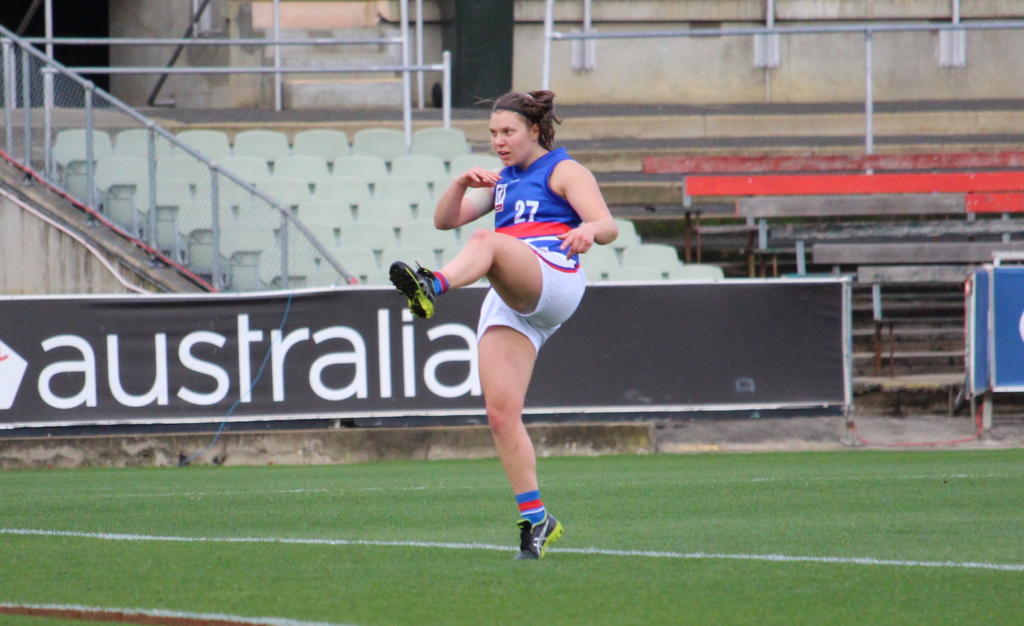 IT is semi-finals week in the VFL Women’s, with Collingwood taking on Western Bulldogs and Southern Saints playing Melbourne Uni. Though these sides now make up the final four for the competition, Collingwood defeated Western Bulldogs convincingly back in Round 7, winning by a whopping 74 points while Southern Saints were similarly dominant in their Round 6 clash with Melbourne Uni, beating the Mugars by 28 points. The winner of the major semi-final will secure a grand final berth while the loser will take on the winner of the minor semi-final. Only one side will be eliminated this round, with either Southern Saints or Melbourne Uni set to miss out after this week.

The minor premiers will have their work cut out for them this week, with the Bulldogs showing some great form towards the end of the season and showing some great composure against the Tigers under pressure. However, the Magpies have proved time and time again they have the experience and talent to get the job done under pressure and produce impressive margins while they’re at it. Last time they met the Bulldogs only put nine points on the scoreboard so they have plenty to improve on, however they can draw from their late form this season to ensure a better turnout this time around. The key for a Magpies victory is ultimately in the form of Jaimee Lambert, who has been their saving grace time and time again. This means that the Western Bulldogs will not only need to stifle the midfield and force the Pies to go back but also ensure they keep an eye on Lambert and deny opportunities inside 50. For the Magpies, it will be equally important to remember the Dogs have gotten to finals of their own volition and really put some strong teams under the pump despite some of their inconsistent form earlier this season. Big Magpies recruit Bri Davey is back this week for her first match since succumbing to injury in Round 13, meaning the already great impact of Lambert, Britt Bonnici and Chloe Molloy will be heavily bolstered. For the Dogs, Kirsty Lamb and Ellie Gavalas have been impressive this season while young gun Elisabeth Georgostathis has burst onto the scene over the past few weeks with her tenacity and tackling pressure proving the youth of the competition have the ability to line up against some of the best.

Last time these two sides met Melbourne Uni were in the lead for the first half before succumbing to Southern Saints’ impressive defensive unit. While the focus this time around will be to make the most of opportunities and keep hold of the footy, another key to Mugars success is to make full use of their plethora of options inside 50, with many big names able to have an impact at stoppages and create opportunities out of nowhere. For the Saints, their loss to Collingwood in last week’s final was only their third of the season so they will be wanting to fully bounce back this week – meaning the Mugars will need to be at their absolute best to combat their full-field pressure. Something Uni could take advantage of however is the Saints’ inaccuracy in front of goal – an issue they had in their last match back in Round 6 and have had some issues with on and off during the season. If Uni can exploit their run inside 50 and reduce the Saints’ opportunities at goal they could have a real chance of spoiling the party. For the Saints, Tilly Lucas-Rodd and Caitlin Greiser have been dominant this season while Kate Shierlaw has been a solid option forward when taking the field. Co-captain Alison Drennan missed the last battle against the Mugars so will be raring to go after a quiet few weeks. While the Saints have a plethora of options, Melbourne Uni are equally as star-studded with the likes of Jasmine Garner, Jess Duffin and Emma Kearney tearing up the field and a number of players who can go forward and boot goals with accuracy.