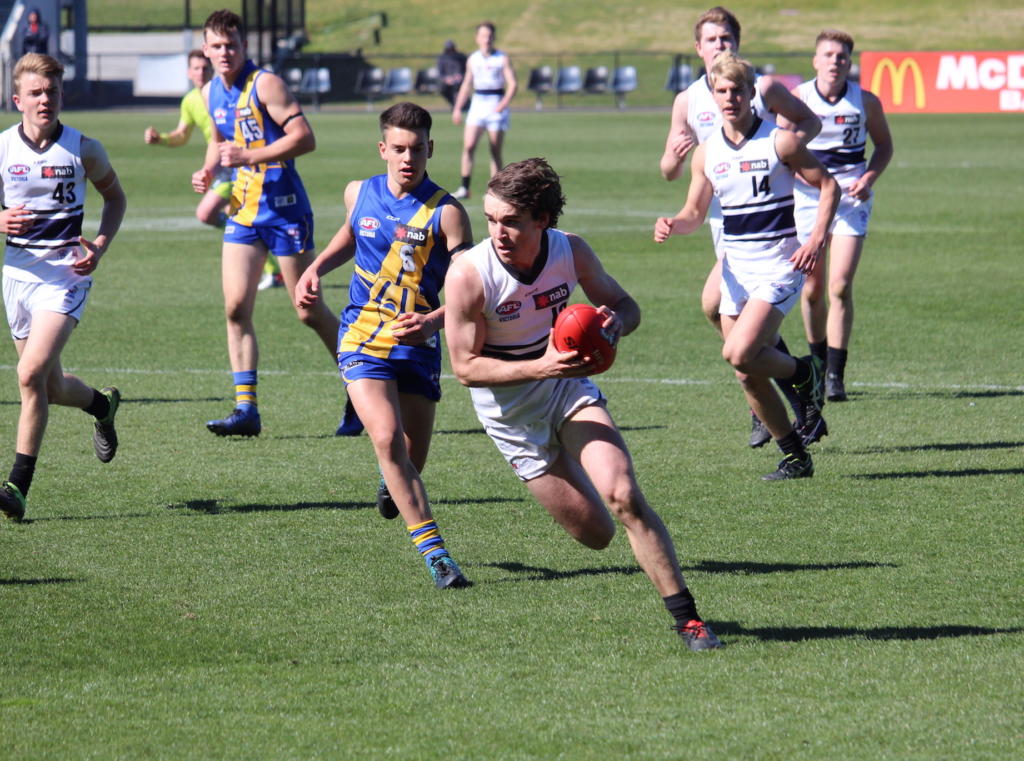 AS the NAB League season finals approach, we take a look at the sides that are no longer in contention for the title, checking out their draft prospects, Best and Fairest (BnF) chances, 2020 Draft Crop and a final word on their season. The next side we look at is the Northern Knights.

An inside midfielder with great speed, Philp has transformed his game to develop more hurt factor as the season went on, becoming a premier midfielder in the NAB League while many of his contemporaries were off with Metro or Country duties. When they returned he matched it with the best of them and could be one of the feel-good stories of the draft given he missed out on Metro selection. Just bullocks his way through stoppages and is hard to stop around the ground. His strong season was rewarded with a National Draft Combine invitation, meaning at least four clubs like what they saw in 2019.

As versatile as they come, Sturgess started as a defender, has played forward and also through the midfield when required to be one of the more flexible players in the draft crop. He managed all four games with Metro, often playing in an under siege defence but holding up firm. While he made some mistakes at times, he is one of the hardest workers and puts out a four quarter performance regularly. Not only did he become a reliable defender, but he went forward at times to finish the year with nine goals to his name, a great reward for effort.

While the Knights just had the two National Draft Combine draft invitations, there was a host of State Draft Combine invitations, indicating at least a couple of clubs were interested in additional players who had performed strongly this season. Inside midfielder Adam Carafa, outside runners Ryan Gardner and Lachlan Potter, club leading goal kicker Josh D’Intinosante, captain and key defender Jackson Davies, and overage defender Ayce Taylor all received combine invitations.

A three-horse race one would think with D’Intinosante, Davies and Philp the three clear standouts across the entire season. None of the trio made Vic Metro which allowed them to consistently perform at the NAB League Boys level, and were arguably some of the stiffer players to miss out on Metro selection. They play in each of different third of the ground and were certainly the standouts in their region, while James Lucente, Ewan Macpherson and Liam McMahon all played plenty of games as well.

Last year’s Vic Metro Under 16 captain Macpherson and key forward McMahon are both Knights who have impressed in their bottom-age seasons, but the leading 2020 draft candidate is Nikolas Cox at this stage. The raw and rangy utility’s athleticism is outstanding for someone of his size, allowing him to make an impact both in the air and at ground level in almost any position. Cooper Barbera played a heap of games and is set to do so again next year, while midfielder Josh Watson caught the eye toward the back end of the year and Jackson Bowne provided some spark. Joel Trudgeon, Ben Major, Jaden Collins, and Rhys Seakins are others to have joined Macpherson in last year’s Metro squad, so should also play major roles.

Northern Knights unfortunately bowed out at Mars Stadium against Western Jets in the elimination final on the weekend, but provided plenty of highlights through the season. They seemed to improve by years-end, and a lot of their draft prospects are in the later end of the draft, but you cannot fault their year. They were able to match it with most teams throughout the year, and while they missed out on moving through to a semi-final, had a lot of sore boys from the elimination final which made it tough. Next year the Knights will look to consolidate their spot in the finals with their bottom-agers coming on.