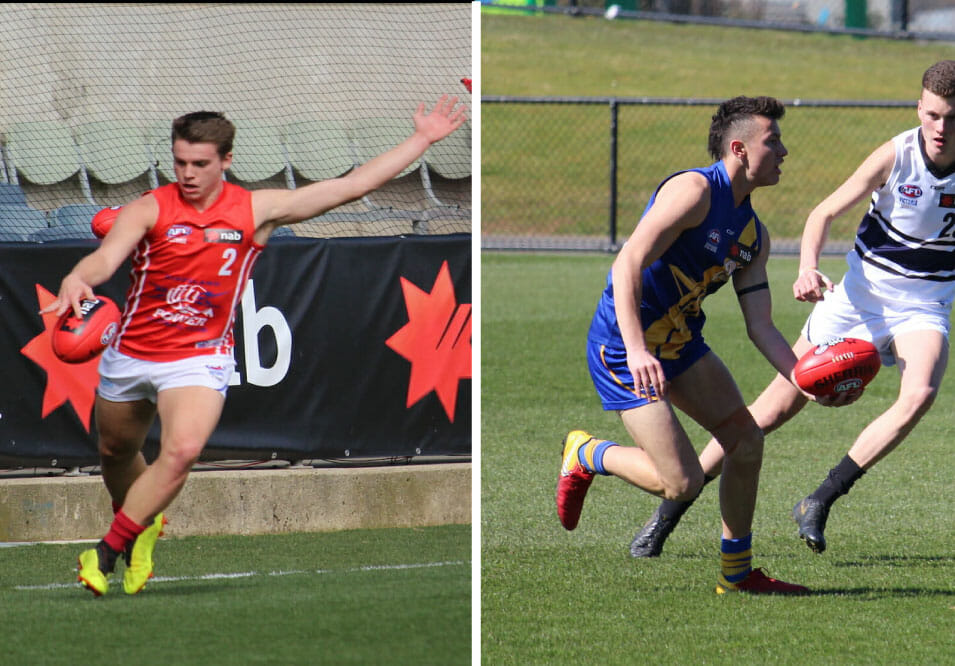 The second semi-final at Ikon Park on Saturday is between Gippsland Power and Western Jets with the winner to face Eastern Ranges in the preliminary finals.

Last weekend Gippsland Power came from four goals down to open up a four-goal lead of their own in the second term, only for the eventual qualifying final winners, Oakleigh Chargers to fight back and steal the win on the day. The Jets on the other hand came from six goals down to run over the top of Northern Knights in windy conditions at Ballarat. This weekend looks like a wet slog and that will favour the Jets and their high pressure, long kicking inside 50 game. But in saying that, it will be a harder ball to mark for their two key forwards in Aaron Clarke and Archi Manton, with Emerson Jeka also likely to play there and really stretch the Gippsland Power defence. It is this area where Western can get on top and really do some damage if they win the midfield battle. They have the height and strength inside 50 to make it tough for the Gippsland defenders, especially without Brock Smith coming over the top as a third man to spoil. They do regain Charlie Comben which is crucial in the battle against Will Kennedy with both players able to win touches not only at the stoppages but around the ground.

Gippsland’s scoring power is varied which makes it very tough to combat, with their midfielders rotating forward and hitting the scoreboard, while their talls crunch packs and the crumbers know how to rove the loose balls. Leo Connolly provided plenty of run out of defence last week, and the midfield of Flanders, Caleb Serong and Riley Baldi is as good as any trio in the competition. So much so the Power midfield broke even with an Oakleigh midfield containing the likely top two picks in this year’s draft. Both sides have speed on the outside and hardness on the inside which makes this a fascinating contest. It will also be interesting to see how the Jets defenders match up, because they are good at creating offensive run, but need to be defensively minded as Sam Berry, Fraser Phillips and Harvey Neocleous are all dangerous on the spread. Lucas Rocci, Darcy Cassar and Josh Kellett will need to contain them while providing movement down the field, and their talls have to take control in the air. On a dry day, this could be a huge match, but it is likely to be a low-scoring slog. Gippsland has enough to get through given how close they came to knocking off Oakleigh last week, but Western will not make it easy for them, The loss of Josh Honey will be a big loss for the Jets, and will need to find a way to replace his class in the midfield. Gippsland have often won games off one big quarter and this game might be just that.

Both these players were very impressive last week and it would be a huge test for Failli to try and run with Flanders. The dangerous medium forward just gets inside 50 and outmuscles opponents through both strength and smarts with his body work. He might try and force Failli into one-on-one contests forward, while Failli could try and hurt the Power going the other way. They have plenty of teammates around them who will run through the midfield, but this is one of the crucial battles in there.

After having to contend with the high-flying but lightly-built Jamarra Ugle-Hagan last week, it is likely Hourigan will have to battle against the complete opposite in Manton. While Manton might not have the athletic traits that Ugle-Hagan has, he is one of the strongest one-on-one players in the competition, especially for his size. Manton will aim to force more one-on-one contests, which means Hourigan will likely have less to do in the air, but a lot more to do body-on-body.