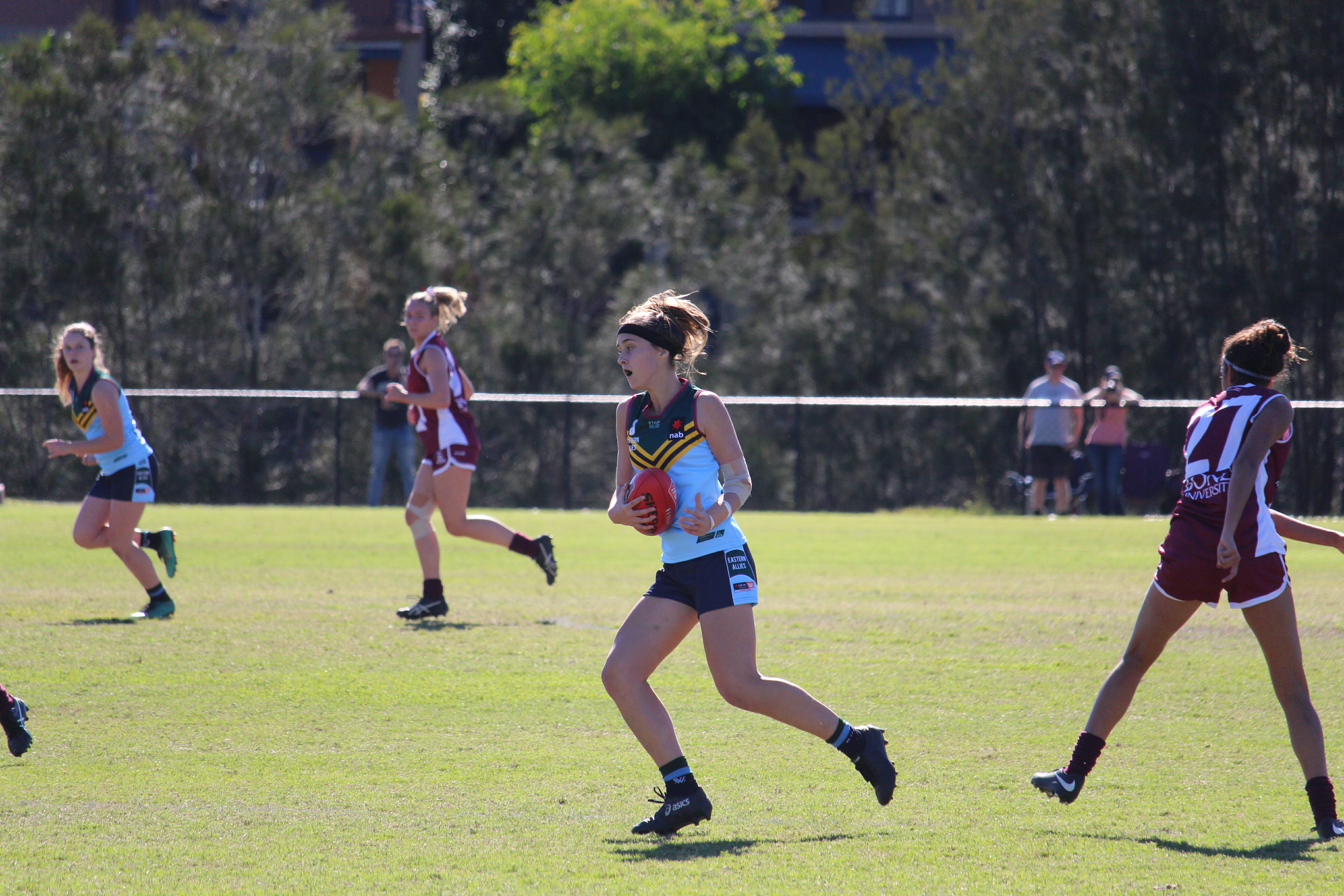 TWO years was all it took for Georgia Garnett to be recognised on football’s national stage.

Growing up in the rugby league heartland of Western Sydney, Garnett was naturally taken in and down the rugby path through Oztag and touch footy. But when her footballing father took her out for a kick of the oblong ball and her physical education (PE) teacher handed over a school football sign-up sheet, everything changed. Garnett soon earned New South Wales representative selection, sparking a journey travelled at breakneck speed.

“I was into rugby league, we had a rugby league family so I played a lot of touch (rugby) and Oztag,” Garnett said. “(I) played in a weekend-long carnival and made the New South Wales team from there but I hadn’t actually played footy before. “So I had to join a club which was Kellyville/Rouse Hill Magpies, I just started playing a couple of games there and went up to the school national championships but that was my first couple of games of footy.”

From there, Garnett slotted straight into the GWS GIANTS Academy and earned selection in the AFLW National Academy to boot, learning on the job and picking up the required skills at a rapid rate on the back of her sporting history.

“(Rugby and other sports) helped me a lot,” Garnett said. “With touch; all the running, the fitness and also the hand-eye coordination, being able to see and set up plays has helped me a lot. “Obviously I wasn’t doing much kicking so I had to learn that pretty quickly too.”

Garnett’s steep rise has been nurtured by the support of some of the GIANTS’ finest, with the grateful junior able to lean on elites of the game during her development.

“We’ve got Alicia Eva and Lou Stephenson here so they’ve been a big part… ‘Fridge’ (Amanda Farrugia) the captain, she’s kind of taken me under her wing and obviously Alyce Parker from last year has helped me a lot. “She’s messaged me a few times making sure I’m alright, asking if I need anything so yeah, a lot of girls who’ve really helped me out and I’m very grateful,” she said.

The journey for year 2019 has culminated thus far in Garnett’s National Championships appearances, building into some great from with a 12-disposal game against Vic Metro before unfortunately having her carnival cut short by injury. Still, it was enough for Garnett to once again prove her talent and needless to say, she enjoyed the week.

“Who doesn’t love the Gold Coast?” Garnett said amid the excitement. “It’s been good, especially with the girls, they’re a great bunch so it’s been very fun.”

With full support from her parents and the GIANTS family backing her in, Garnett is nearing the final hurdles of her junior career. And that support has helped her thrive to this point.

“(Choosing football) has always been my choice which I’m also happy about,” she said. “My dad played football himself so he was stoked when I started playing and my mum just comes to everything – the Giants let her sit in and watch training so she loves it, she drives me everywhere – they’ve been very supportive.”