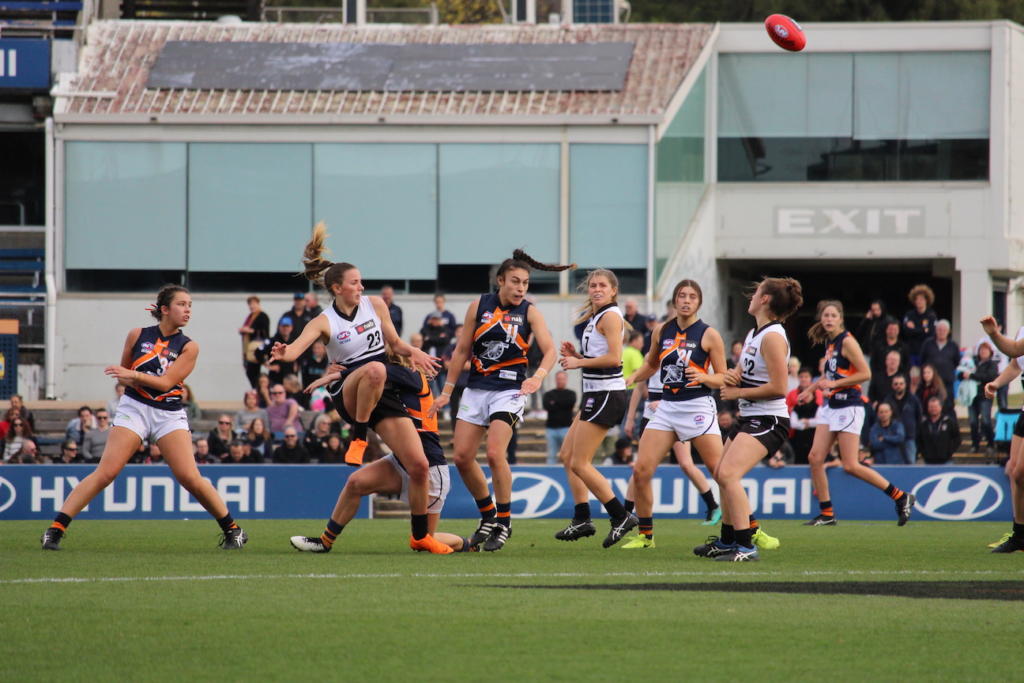 IT has been a mammoth year for Gabby Newton. Captain of the premiership winning Northern Knights team, a key player in Vic Metro’s undefeated national carnival run, and now a welcome addition to Carlton’s VFLW squad – all while juggling school commitments and national basketball representation.

Even still, the potential high draft selection remains humble about her prospects of getting to the next level.

“I’m going in eyes wide open, just hoping somebody will pick me up,” Newton said. Just anybody, please,” she added with a laugh.

The Northern star’s footballing journey started out in a familiar way to many, through Auskick. Growing up in a “big football family” helped.

“My older brother played and my dad was really into footy so I’d always watch them and think ‘I really want to play as well’,” Newton said. “I started playing Auskick and played footy with the boys and just really grew passionate about it from there.”

Female talent pathways weren’t as plentiful or fruitful back then as they are today, but that wasn’t going to stop Newton from getting stuck in. Moving into the team game at Yarrambat, Newton played in the boy’s sides until the age of 13 before taking a break and re-joining the game via school football.

“I started at Yarrambat and played until Under 13s with the boy’s team, then had a couple of years off and played in the school sport nationals,” she said. “Then I came back and played with the girls at (Montmorency).”

So great is Newton’s love for the game that it has grabbed her “100 per cent focus” despite promise on the basketball side, with the dual-sport athlete confident her skills translate across both codes.

“Definitely footy this year (has taken priority),” she said. “I love basketball, they both go hand in hand but footy’s definitely my passion and my focus at the moment. “At the moment I wouldn’t (play both basketball and football). I’m not sure, who knows. “Maybe if I do get drafted and after a couple of years I might consider it but as I said, footy is the focus.”

That kind of focus has seen the utility excel in her top-age year, averaging 19.3 disposals, 2.8 marks, 4.7 tackles and 2.1 inside 50s in her 10 NAB League games, while going on to average 15.7 disposals, 4.0 marks, 4.0 tackles, 3.0 clearances and almost a goal a game in a more forward-oriented role for Vic Metro at the Queensland championships.

A crowning moment in anyone’s junior career, Newton says the successful week in the Sunshine State was “so fun”.

“Obviously versing all the girls throughout the NAB League season you just think ‘it’s so annoying how (Georgia) Patrikios is so fast’, but then you get to play with them at Metro and it’s so good,” she said. “Going up to Queensland that was just such a fun week, the team bonded so well and playing against the best in Australia was just a blast and really good competition.

Having done it all among under-age competition, Newton has gone on to feature twice for Carlton’s VFLW side at the back end of the season alongside Knights teammate, Britney Gutknecht. With the AFLW the only step left to take, Newton is full of nerves despite her plaudits.