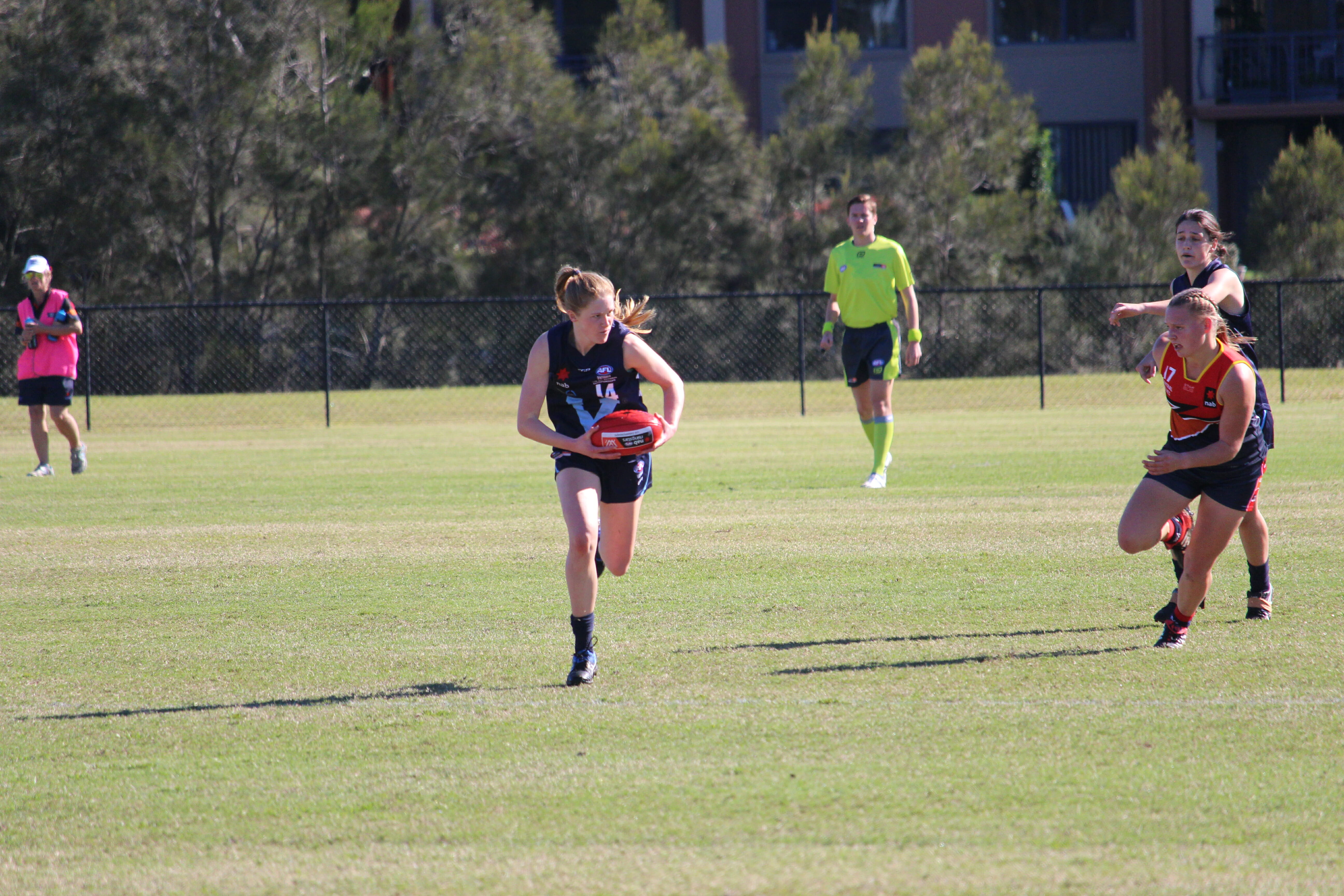 FOR 17-year-old Isabella Grant, the path to football has been a little bit different with a big interest in basketball shaping a lot of her junior sporting journey, while her father Chris Grant played 341 games for Western Bulldogs over a 17-year period.

“I initially played basketball for the majority of my primary school and into secondary school years, and then AFL Women’s came about and I was like ‘oh my god this is awesome, I’ve got to jump on this’ so I went down to Spotswood,” Grant said. “I went down to about two trainings and as soon as I started the culture just completely drew me towards it. I quit all my basketball commitments and went straight into footy I loved it that much.”

While having a football legend for a father could have seen Grant begin her footy journey a lot earlier, she was never pushed into the sport and was able to make her own decision about pursuing any sport she wanted.

“His passion has definitely driven me, absolutely,” Grant said. “But he’s just very supportive of whatever I want to do whether it was footy, basketball, whether I didn’t want to play a sport or not, he’s just really, really great so either way I definitely love footy.”

While she has now played football for a number of years, Grant said her development at the Western Jets has proved the importance and professionalism of the pathway even though it’s still in the early stages. Grant has also been given the opportunity to progress through the AFL Women’s Under 18 ranks, playing for Vic Metro in both 2018 and 2019.

“Everything about it, the professionalism, the development programs, just all the support they provide whether that be on or off the field, I’ve definitely developed as a person,” Grant said. “That (Metro in 2018) was really scary. “But I think coming together with other girls who are really skillful, it helped me learn off them it was so amazing, but definitely another development opportunity, they were all inclusive and great. “It’s a bit intimidating, it’s a bit scary but I think the support that Jets provide and family and friends, it makes it all a lot less scary.”

With a good kick and eye for the big sticks, Grant’s skill in front of goal makes her a massive threat able to adapt to anywhere on the field and have an impact. Grant said she prefers playing the midfield and wing, credit to her run and carry, but will play wherever she is needed showcasing her team-first attitude.