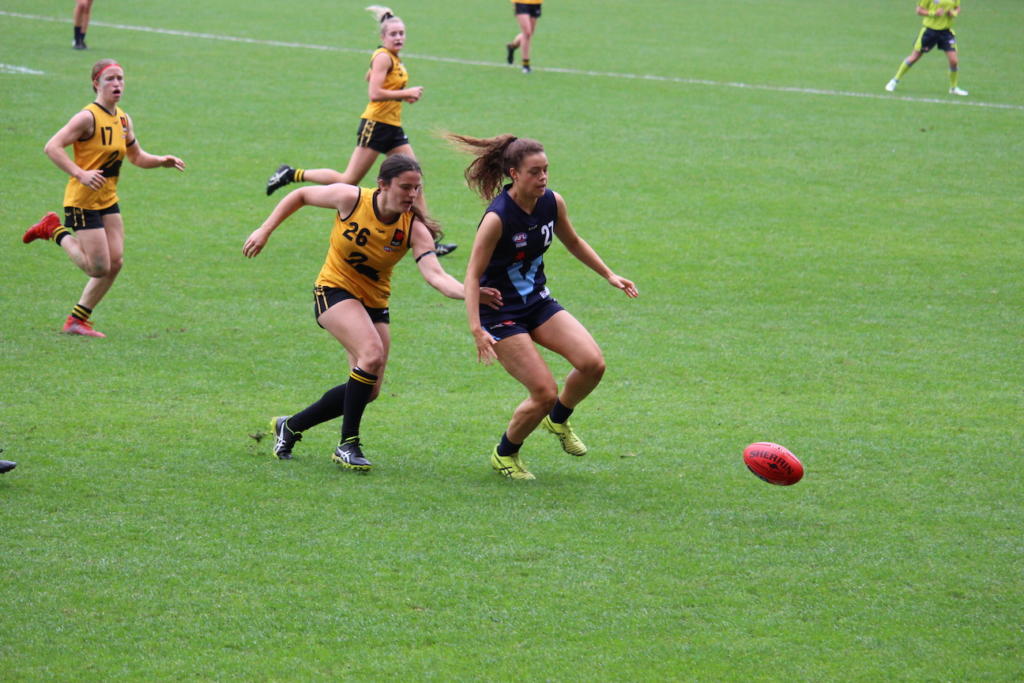 MOLLY Denahy Maloney is one of a number of dual sport athletes who found love for Australian rules football and has run with it ever since. The 180cm Sandringham Dragons draft prospect started the year determined to improve her kicking skills and play as well as she possibly could. By year’s end, Denahy Maloney made the Vic Metro squad as the number one ruck, and earned her place in the NAB League Girls Team of the Year. But the former basketballer was not always a footballer.

“I started off in a round robin game at my school and I was previously a basketballer but I fell in love with footy and the teamwork, and everything about it,” Denahy Maloney said.

She believed the transfer from the round ball to the oblong one did not hamper her development, in fact there were a number of traits that fitted in seamlessly.

“I think that footy and basketball cross over with the feet skill and also reading the plays and being able to use your teammates properly,” Denahy Maloney said. “I think I went from basketball into footy pretty well.”

Speaking at the NAB League Fitness Testing Day hosted by Rookie Me in March, the Dragons captain set big goals for her side.

“Hopefully the Sandy Dragons get into the preliminary finals and grab the granny but hopefully we just smash a lot of games and get a few draftees out of the season,” Denahy Maloney said.

While the Dragons missed out on the finals, Denahy Maloney tasted victory in every one of her Metro games, working well with her midfielders to not only average 7.2 hitouts per game in shortened matches, but also lay 3.4 tackles per game. Her tackling proved a strength of her match, racking up similar numbers in the NAB League Girls competition for Sandringham.

While her tackling and work at ground level is a strength, Denahy Maloney is a natural athlete, using the experience from her basketball days to full effect in the pre-season testing. She recorded a 67cm running vertical jump (second overall), 3.27-second 20m sprint (second) and 8.39-second agility test (first), showing off her top-level athleticism even during the pre-season.

Now the talented ruck will hope to repeat the efforts at the AFL Women’s National Draft Combine after receiving an invitation to test in the October event, and put her best foot forward to stake her case for a spot on an AFL Women’s list in 2020.