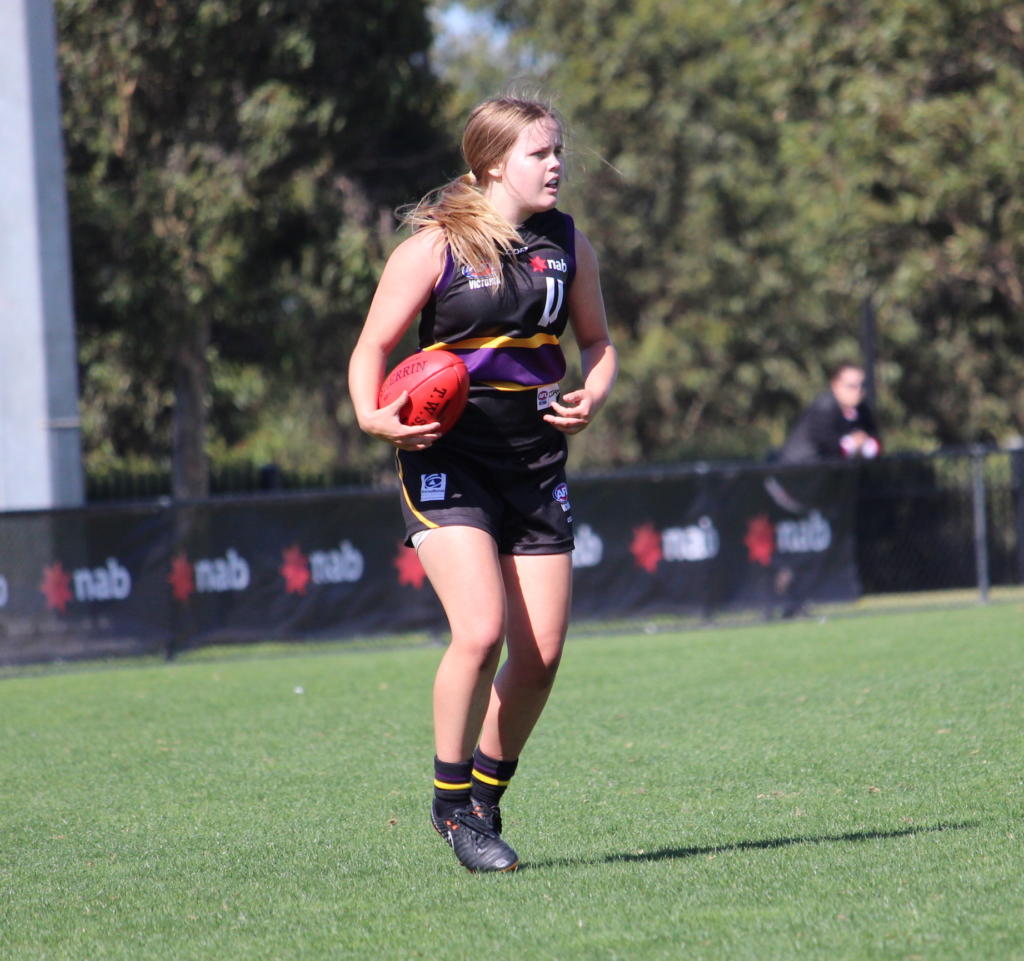 AFTER having time off from the game due to a limited female football pathway, it would have been hard for Murray Bushrangers star Teagan Brett to picture herself booting three goals on debut for Richmond’s Victorian Football League (VFL) Women’s side in the Tigers’ massive win over Carlton a few weeks ago. The tough midfielder started her football journey like many – in Auskick – but also found it tough to continue once she reached her teens until a chance break gave her an opportunity to take up the sport again.

“I started with Auskick when I was like three or four. Then had a couple of years off, then started back up last year,” Brett said. “I was playing with the boys and then I got to the age where I couldn’t play with them (any) longer, so I had a few years off, played some netball and then there was a youth girls team so I was like ‘I’m just going to join that again’ and I did and I’ve enjoyed it.”

What the modest Brett failed to mention is that she is not only a talented footballer earning a National Draft Combine invitation to go with her Vic Country representation, but has remarkably represented Australia in cricket at Under-18 level. Despite standing at just 157cm, Brett has had a huge impact each time she has stepped up to the next level, first with her state and then with the Tigers.

With plenty of her teammates also crossing over from other sports, Brett said other team sports helped adapt players to football and she loved that aspect of the game.

“Yeah, I think it’s just ball skills and co-ordination,” she said. “Any sport is good for other sports. “I enjoy playing in the team. I’ve always played team sports and I just love getting around all the girls and having fun.”

Brett’s goal this season was to build on her fitness which she has done to the point she has been able to spend more minutes in the midfield or in other positions across the ground.

In her nine games with the Bushrangers she averaged 11.7 disposals, 1.2 marks, 2.7 tackles and an inside 50 per game. With just the one game under her belt at Richmond, Brett was a revelation with three goals from 11 disposals and two marks playing inside the forward 50. Now the talented multi-sportsperson looks ahead to the combine where she will aim to put her best foot forward and impress recruiters from a testing perspective.