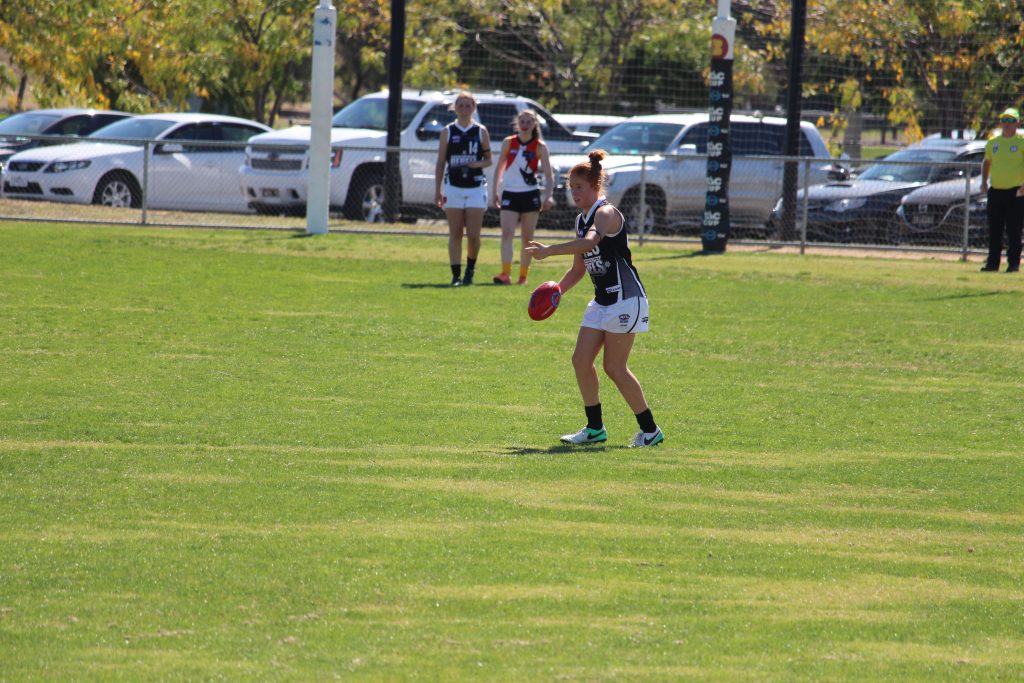 FOR Greater Western Victoria (GWV) Rebels captain Sophie Molan, this year has held a lot more promise and excitement than any 18-year-old Ballarat native would expect. With expectations only of playing for Vic Country in the AFL Women’s Under 18 Championships and “having a go at the draft”, Molan has exceeded her own expectations with another successful year of football under her belt.

Named in both the NAB League Girls Team of the Year and AFL Women’s Under-18 All Australian team in 2019, Molan has proved that anyone can play if they have the love of the game and drive to succeed.

“I started playing footy when I was seven because all my cousins and brothers are boys,” she said. “So I started playing at the local competition within the boys league. “It was a bit nerve-wracking but I loved it so much and I wanted to play with the boys.”

With many players suffering long drives and trips back and forth to make games, Molan found this season not too taxing with the Rebels based in her hometown of Ballarat. While the matches are fun and worth the extra travel time to play Melbourne-based metro sides, Molan said she loves the social aspect of football.

“For me I live in Ballarat and we’re based there so it’s not too far, but a couple of our games are in Melbourne so for a couple of the girls further out, it does take a lot on them but they get through it because it’s what they want to do,” Molan said. “It’s the people you meet along the way. “I’ve met so many friends from all over the region, like they’re not from Ballarat, they’re from all over Greater Western Victoria so it’s really good to meet lots of new friends later on wherever it takes you.”

With improving her aerobic ability on her mind this year as well hopes to spend more time in the midfield, Molan has averaged 17.6 disposals and 5.0 tackles in 2019. She has also collected 32 inside 50s and kicked seven goals across 14 matches, putting herself through her paces playing with GWV Rebels, Vic Country and most recently with Western Bulldogs VFL Women’s towards the end of the season.