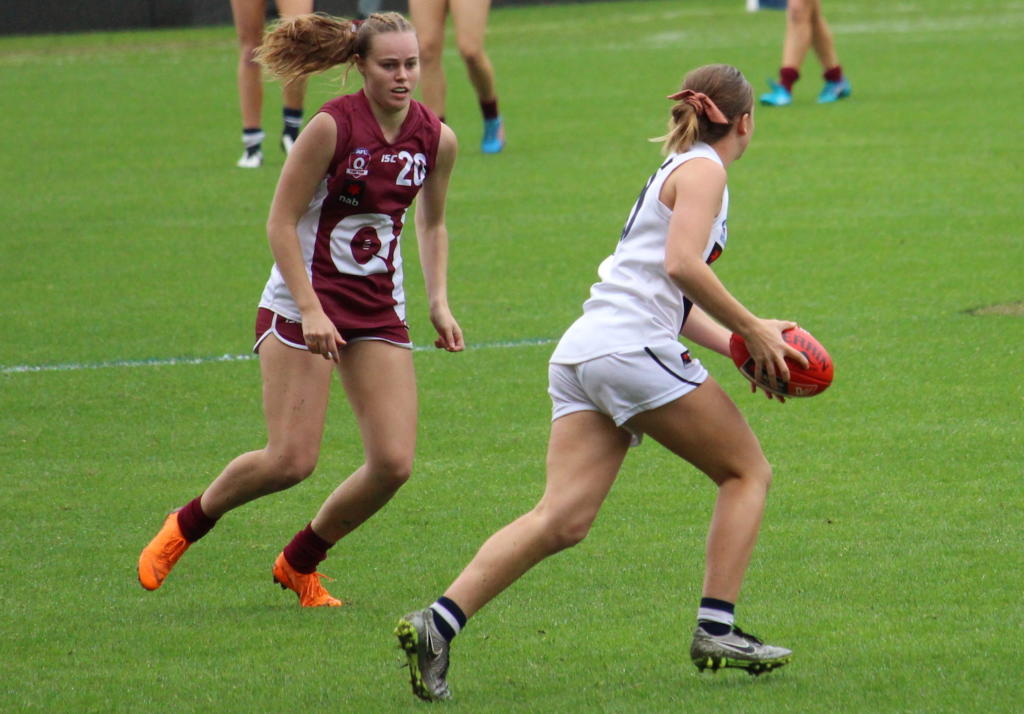 FOLLOWING a more traditional pathway to many of her contemporaries, Queensland’s Charlotte Hammans is one of the few Under-18 young guns who does not need to wait until the October AFL Women’s Draft to discover her future. The talented defender and outside midfielder, who is capable of playing other roles, was prelisted by the Gold Coast SUNS who enter the league in 2020. Alongside Queensland teammates, Ellie Hampson and Kitara Whap-Farrar, Hammans will pull on the SUNS jumper next year in their inaugural season. She said that unlike many other players, she has enjoyed a relatively straightforward pathway to the top.

“My journey in football is probably pretty different to most girls because it follows more along the boys pathway,” Hammans said. “I started playing when I was five through Auskick and then played club with boys at junior level for eight years. “(I) played juniors for 10 years, so I’ve been playing for 12 years now and I guess made South Coast rep teams and made my way up to Queensland level.”

Hammans said she was working on her cleanliness at ground level to become that one-touch player, while building on her strengths of disposal efficiency and athleticism. She is known to take the game on at times and provide effective ball use on the outside or coming out of defensive 50. She said her pathway playing against both boys and girls helped her experience different ways of playing.

“It’s been really good through the years,” Hammans said. “I think early on it was very different to playing boys club level football to playing girls football at a higher rep level.”

Hammans said it was exciting to see the growth in female football and experience the pathway leading to the AFL Women’s to show that young girls, like young boys in the past and present, have the potential to reach the highest level. The support from her family has also helped her follow her passion in the sport, as well as following a number of her idols.

“I always wanted to be like Tayla Harris but that’s probably what most girls want,” Hammans said. “Just the way she conducts herself, she’s such a strong player and she’s a role model in the sport but also outside of the sport.”

Hammans averaged 8.7 disposals at the AFL Women’s Championship in shortened 15-minute quarters, complementing a strong inside brigade with her outside abilities, also recording identical numbers for inside 50s and rebounds showing her work rate across the ground. With the AFL Women’s pre-season just around the corner, Hammans is a player who is ready to compete on the big stage and has that opportunity with the league’s newest Queensland club.