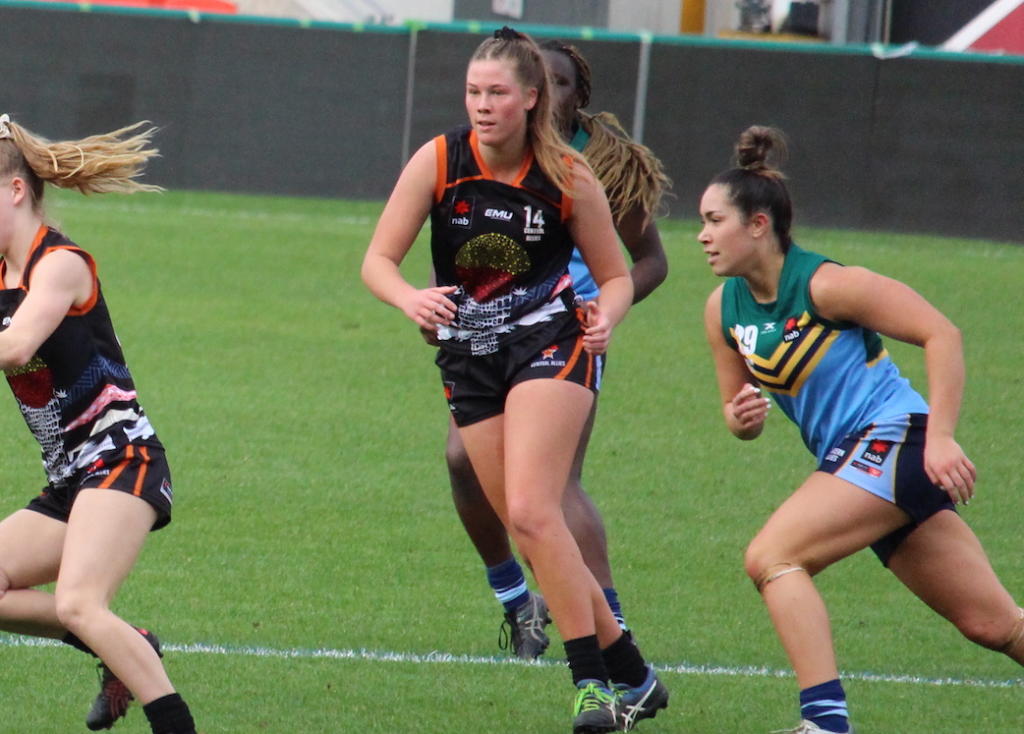 TWELVE hours in the car to get to and from training and games is not the first choice for any budding footballer, but for Bella Smith, it was an easy choice when the Eyre Peninsula local opted to play women’s football in Adelaide. Whilst she did end up moving to Adelaide in the recent years, Smith still remembers the long car journeys to begin her career in the sport she loved.

“I’m originally from Eyre Peninsula so I started playing with the boys up until I was 14 until I was told I wasn’t able to play anymore with the boys,” Smith said. “So I gave it up for a bit because I wasn’t allowed in. “I ended up moving to Adelaide when I was 16 and brought it back up. Had my first season with the girls last year and went from there. “(I) went from under 17s with Norwood, and got into the Under 18s team last year and the Allies last year. (I) came back again this year with the Norwood SANFL team.”

The success of Norwood in the South Australian National Football League (SANFL) Women’s has helped Smith develop and learn from some of the most talented footballers in the country. It was such a successful program that Head Coach Steve Symonds earned the chance at coaching the elite competition at Collingwood in the AFL Women’s for the 2020 season. Smith said the group was close and wanted to achieve success together, and while they missed out on the elusive premiership this year, they still loved the season.

“It was awesome to be in such a successful team,” she said. “We had such a great minor rounds series and we were just a really tight knit group. “We all wanted to get better, we were all training as a squad and it was really good to be in that sort of environment just learning off other players such as Sally Riley when she’d come back from the Crows. “It was just so good to learn from people who had been so successful.”

Over the years, Smith has noticed a marked improvement in the talent across the board in women’s football, with both the competition and training standards held in much higher regards.

“The talent is just growing more and more,” Smith said. “It’s just getting more competitive and the elite standards. “The standards have just grown so much – just over the past year and it’s just going to continue to grow so much.”

For all the travel as she paved the way to her eventual state representation at the 2019 AFL Women’s Under-18 Championships, Smith said there was always the passion burning inside her. Smith thanked her parents for their support and credited them for inspiring her to believe in herself and her career.

“I have my parents have to thank for that, they had to give up so much for me to keep travelling and ended up moving me over,” she said. “Just having that support behind me has been awesome.”

As for on-field, an AFL Women’s premiership captain has been one who Smith has looked up to and tried to model her game on and off the field.

While her top-age year has crept up, The 182cm Smith has been working hard to continually improve her game and hope to take it to another level going forward.

“I think working on would be probably my athleticism, just getting more endurance into me,” Smith said. “As well as using my body a bit more, probably my strengths are my hands and my kicking. I’m able to take a few good marks here and there and can kick a fair distance which is good and efficient.”