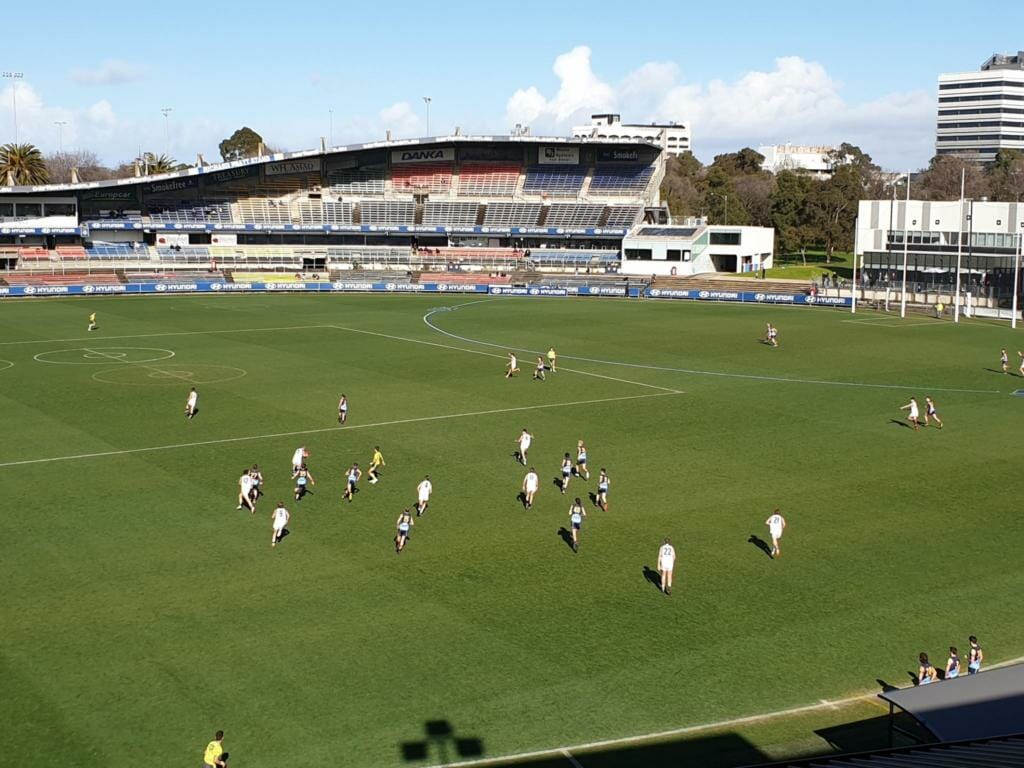 Despite the frosty conditions, both sides warmed to the contest well early on in an opening term which ebbed and flowed. The Rams made the better start as Kale Gabila booted the first two goals of the game in style to see his side break to an early lead. The momentum took a 180-degree turn though as goals to Dominic Bedendo and Sam Berry saw Country level proceedings, before Josh Green replied in good time to give NSW/ACT a slim lead at the first break. A repeat of the first term looked on the cards as Swans Academy gun Pierce Roseby put the Rams back in front to start the second stanza, but Country began to get on top on the back of some unrelenting attack to snatch a three-point half time buffer with goals to Will Bravo and Deakyn Smith.

Gabila’s third major was the only glimmer of resistance in a rampant five goals to one third term for the Victorians, who began to get on top in the midfield battle and put the clamps on to lock the ball in their attacking half. It was then a case of the damage already being done as Country hardly looked phased in a more anticlimactic final term which featured two classy Braeden Campbell goals, Max Annandale‘s second, and one to Ryan Angwin. Country also seemed to get the better of a few magnet shuffles, with Oliver Henry faring better up forward and Josh Treacy getting more involved at the centre bounces. The level-pegged term saw the hosts run away with 25-point final margin of victory, with the Rams just unable to take a couple of gilt edge chances to truly get back into the contest.