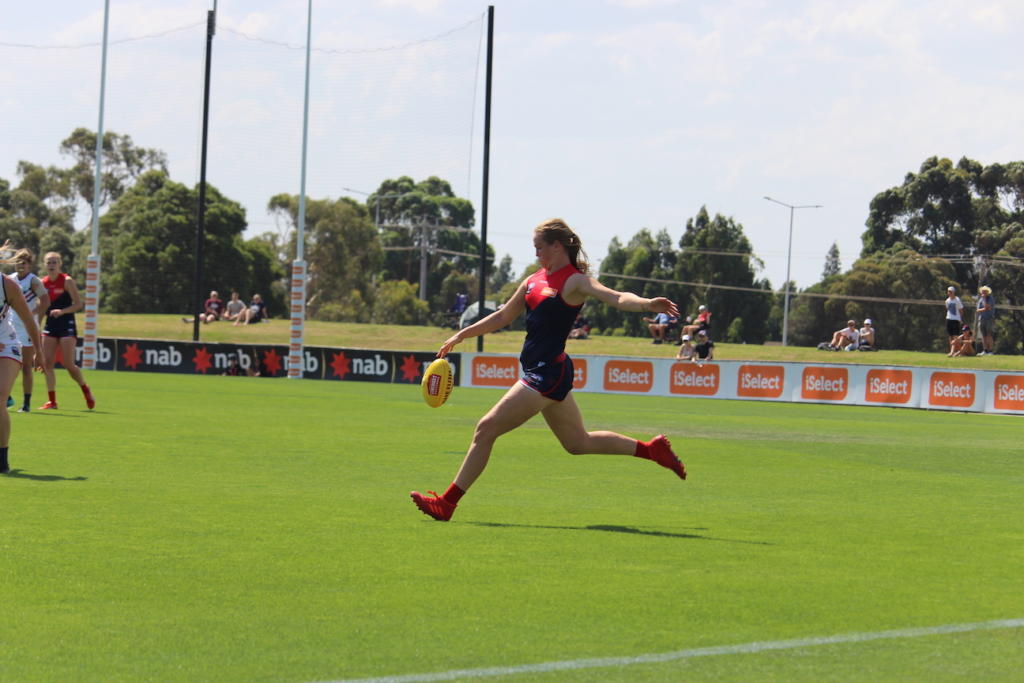 ROUND 13 of VFL Women’s will pit a number of close ladder positions against each other, with half the sides taking on close opposition while the other half are more likely to be big blowouts. The final match of the round will ultimately be the biggest in terms of ladder positions with Melbourne Uni hosting Hawthorn in a match that could shake up the ladder big time.

An impressive season for the Saints has seen the side almost fly under the radar across the past 12 rounds, only dropping two matches and putting up impressive scores every week on their way to finals contention. The side has had the least points scored against them, only conceding a combined 195 points all season, showing their ability to control their opposition defensively and apply enough scoreboard pressure to win consistently meaning Essendon will have to pull out all the stops to get over the line. Simone Nalder has been in fine form for the Bombers this season in the ruck while young gun Georgia Patrikios had an instant impact on debut last round. For the Saints, Caitlin Greiser will be hard to stop given her ability to find plenty of ball inside 50 and apply pressure on the ground ball, while the side’s ability to play a team game has proven to be a real match-winner this season.

This match is likely to be an easy win for the Tigers, who despite dropping four games in a row still have a massively talented and experienced side ready to catapult back into the top four. The Seagulls have had a mostly unsuccessful season, only managing one win from 10 matches so are in dire need of some good news to finish the season. Williamstown have struggled getting points on the board this season, averaging only 19 points per game so will be in for a big test this week against the Tigers who have players like Tayla Stahl and Katie Brennan who can rack up similar tallies alone. While Mo Hope and Sharnie Whiting have been shining lights for the Seagulls this season, the side will need to put up a full field and four quarter performance to have any chance of matching the Tigers.

This will be a real test for a feisty Carlton side, who have really taken it to some teams this season but not really to the calibre of the highly talented Magpies. While the Pies were tested last week by Richmond, the Blues will need to up their game to get a third win on the board this week with Collingwood proving again and again that they are the best team in the competition this season. Jaimee Lambert has proven to be a massive threat time and time again for the Magpies so if in the side again this week will be sure to wreak havoc on the side’s traditional rivals, while Gemma Lagioia was impressive in her second match last week to finish with 20 touches only behind the ever dominant Bri Davey. Maddy Prespakis was Carlton’s best last round to put herself in good stead to finish the season well, while Jess and Sarah Hosking have been among the most consistent for the Blues all season.

This is a must-win match for the Demons, who despite having a solid start to the season have fallen into the bottom half of the ladder with Darebin only one win behind after a late resurgence in recent weeks. For Darebin, a win this week will mean an almost certain chance at redeeming their average form to finish off the season strong. Both sides have struggled with inconsistency during the season, so will want to come in strong to assert their dominance and get another win on the board. Darebin’s aim will be to apply pressure on every ball, with the likes of Reni Hicks averaging 10 tackles per game and able to put immense pressure on both the player and ground ball, while Lauren Pearce sits second in hitouts, averaging 30.8 for the season so will look for another big match against her AFL Women’s side in the Demons. For Casey, Libby Birch has made a big impact in the side while the ever reliable Bianca Jakobsson and Eden Zanker continue to perform having both played 10 of a possible 11 games.

This will be an interesting matchup, with both sides coming into Round 13 off the back of highly disappointing losses last week. While Geelong had an average day out, losing by 16 points to now eleventh-ranked Darebin, Thunder suffered a complete blowout against the Bulldogs, going down by 78 points. Sitting at seventh and eighth on the ladder, the sides are sitting equal for wins with five apiece while Thunder only sit lower based on percentage and having played one more game. While both sides are unlikely to make finals based on percentage, they have multiple sides hot on their tail that have the potential to make their way up the ladder so are sure to fight tooth and nail for another win on the board. With only two players who have played every match this season, Geelong’s consistency has suffered. However, players like Richelle Cranston have provided valuable bolstering this season and could prove necessary against the likes of Thunder’s experience in Lateesha Jeffrey and Lisa Roberts.

Coming into this round off the back of a bye last round could prove crucial for the Hawks this week as they take on a Uni side that slaughtered Carlton last week – the side that Hawthorn drew with back in Round 10. The Mugars are averaging almost 50 points per game this season despite losing five of their 11 matches, meaning that the side has plenty of firepower forward to win games with ease as long as their defensive setup holds up. The Hawks have a number of players who have dominated in turn, with the likes of Bec Beeson, Rosie Dillon and Lou Wotton putting on solid performances throughout the season. For Uni, Kate Gillespie-Jones has been a star playing 10 of 11 games and one of the most consistent players for the side, while the impact of Jasmine Garner and Katie Angelis has been felt in front of goal all season, combining for 23 goals.