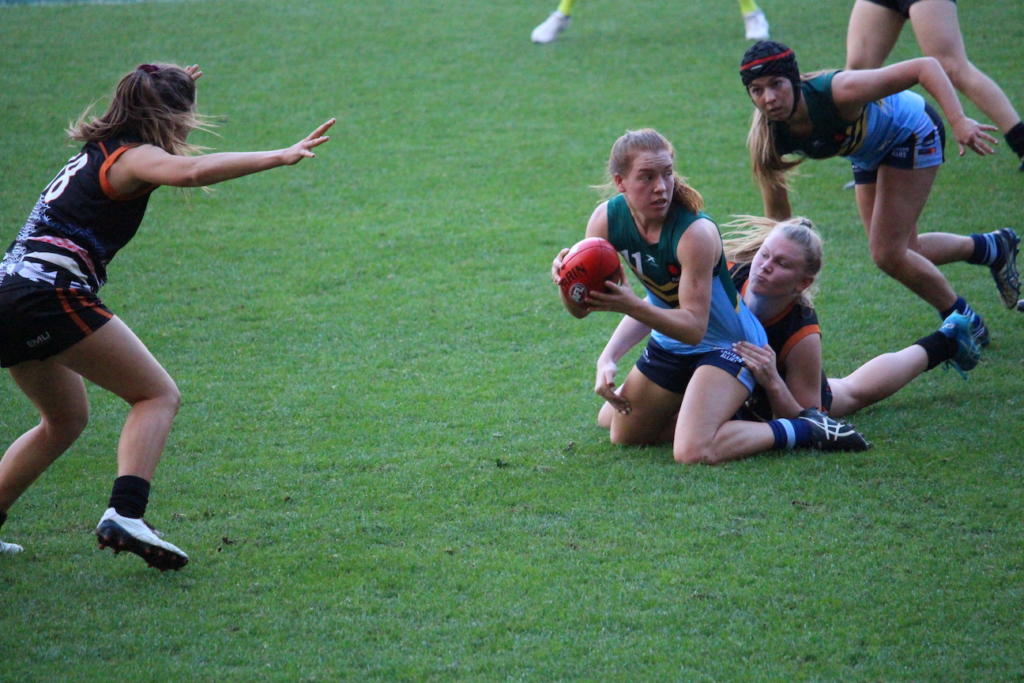 FORTY-five players have been invited to the 2019 AFL Women’s NAB Draft Combine, with 25 from Victoria – where eight of the 10 AFL Women’s clubs are based, with Queensland (eight) the next highest. Four players from both South Australia and Western Australia have been invited, as have three from NSW/ACT and one from Tasmania. Among the invitees are five overagers (eligible last year), as well as two father-daughter potential selections in Isabella Grant (Western Bulldogs) and Millie Brown (Geelong). Players who are already pre-listed to clubs such as Gold Coast’s Ellie Hampson, West Coast’s Mikayla Bowen and St Kilda’s Molly McDonald and Isabella Shannon were not included in the invitations.

The combine will be held from October 1-3 to align with the AFL Under-18 National Combine. Western Bulldogs hold the first pick in this year’s AFL Women’s Draft.

Extended content on the invitees will come later in the week.