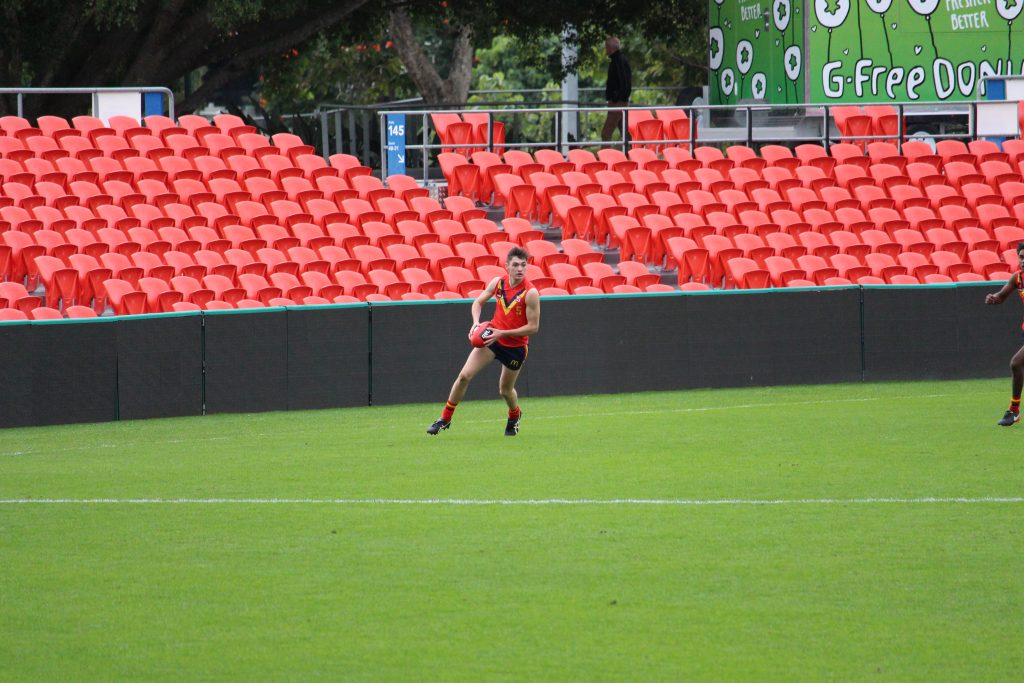 WESTERN Australia host their Southern counterparts in Round 2 of the Under 18 National Championships, looking to continue the ominous form they showed in a big win over Vic Metro last time out. For South Australia, the game will act as the opener to their title defence as a stack of top-end talent leads their lines. We preview the game, with the selected teams listed below.

The chance to join Vic Country with a 2-0 record looms for Western Australia, and their form suggests they absolutely have the capacity to do so. The South Australians will provide some pretty stiff opposition though, coming in for their first championship game with top-end talent in some serious form.

The likes of Dylan Stephens and Jackson Mead look primed to prove their inside capabilities through the SA midfield as two leading prospects, but may well add to the outside damage that Will Day is set to provide off half-back. The engine room strength of WA will undoubtedly test the Croweaters, with the 98kg frame of Will Gould making him a possibility to compete through the middle to balance out that area of the game. Look for the bottom-age duo of Corey Durdin and Luke Edwards to also make an impact early having earned selection in the starting 23. Centrals’ Durdin was the Under 16 Division 1 MVP, while Edwards looks a prime candidate to be snapped up the Crows in 2020 as a father-son selection, and both move forward well from midfield. The X-factor comes in spades for both sides, but the rest of the country should get their first good look at the likes of Kysiah Pickett and Cameron Taheny this year, with the exciting forward duo capable of creating both eye-catching and game-winning moments. Josh Morris is another who will roam the forward 50, with his Under 18 SANFL form (27 goals in five matches) too good to refuse for selectors.

For WA, who picked up a fantastic win over the highly-fancied Vic Metro to kick off their carnival, the engine room holds the key to success. Skipper Deven Robertson starred last time out with a game-high 30 disposals and eight clearances, with Riley Garcia (21 disposals, five clearances) his partner in crime. They were given silver service from leading ruck prospect Luke Jackson (13 disposals, 35 hit-outs), and his battle against SA over-ager Lachlan Burrows will be an important one. Trent Rivers and Jeremy Sharp should again provide some damaging drive forward, which is an area that SA could well match them in – so the battle will be intriguing. Fremantle NGA prospect Liam Henry will hope to back up his three-goal effort with another exciting display, while Elijah Taylor is another who looks to be stamping his mark up forward. Strong defences on both sides are sure to be tested, and the inclusion of bottom-age gun Logan McDonald straight into the starting line-up should put even more pressure on the SA back six.

This should prove a key fixture in the race to crown this year’s best side, and SA will hope to start their title defence off on the right foot. For the Black Swans, an Under 16 championship win for this year’s top-agers and their win last week puts them in good stead, with a home ground advantage to boot. That aside, this should be a cracking contest between two talent-rich sides with plenty on the line.