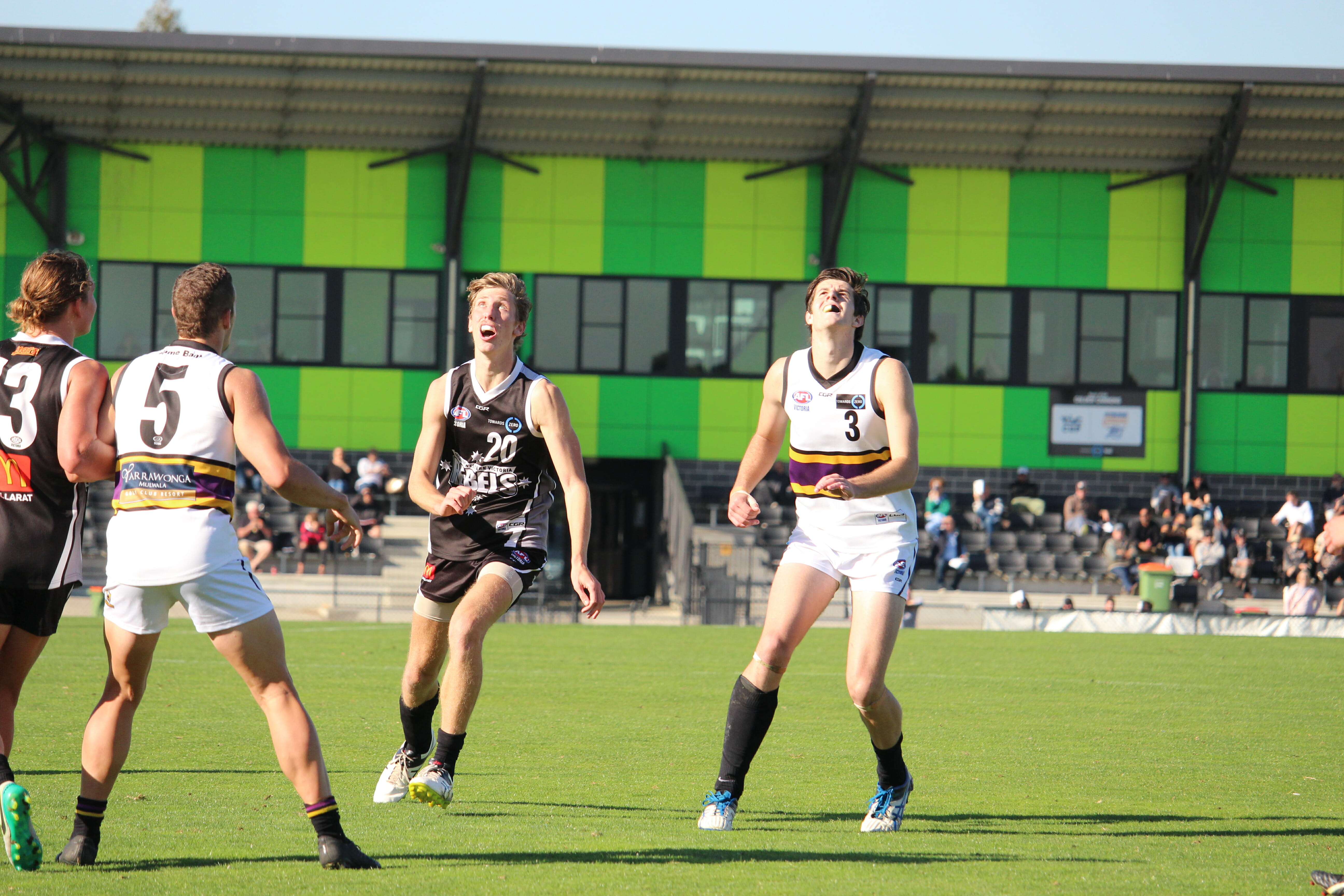 THE changes continue to roll on among NAB League sides in Round 10, with a week off from school football and national championship rotations allowing teams to replenish. While a few sides remain particularly weakened, others are more balanced and could shake up the ladder with big wins over more fancied rivals.

Dandenong Stingrays will look to continue its unbeaten premiership defence when it opens Round 10 against the Northern Knights on home turf. Coming off a bye last week, this game will be one of the few occasions throughout the year where Dandenong will be at less than full strength – with Lachlan Williams‘ inclusion in the Vic Country squad making it five Dandenong representatives set to suit up against the Allies on Sunday. Mid-season draftee Mitch Riordan is another who comes out of the side, but the home side will be boosted by the inclusion of Bigoa Nyuon – set to line-up in the ruck. Their weekend opponents, the Knights, will also be boosted by the return of a couple of Victorian representatives in the form of Ryan Sturgess and Adam Carafa, while Nikolas Cox is another to slot straight back in due to a halt in the school football season. The inclusions are especially timely given the opposition, as well as an unfortunate injury to Ryan Gardner in last week’s loss. With Dandenong somewhat weakened, it will be interesting to see how some of their players adjust in different roles and with added responsibility, and Northern will be keen to pounce on an unlikely bounce-back victory.

The Sandringham Dragons and Geelong Falcons open a MARS Stadium double-header on Saturday, with the Falcons looking to correct a three-game slide. They face stiff opposition in the form of Sandringham though, with the Dragons adjusting well without over half of their best 23 last week. On top of giving Andrew Courtney a rest after missing Metro selection this week, the Dragons are set to lose a further three guns in the form of Oscar Lewis, Jack Bell, and Corey Watts. With the Falcons regaining the likes of over-age pair Charlie Sprague and Sam Christensen, along with bottom-agers Charlie Lazzaro and Noah Gadsby amongst other school football inclusions, Geelong can have a real crack at picking up a second win for the year. The Falcons are not heavily impacted by Vic Country selection either with only two representatives, so have an obvious advantage in that department. As mentioned though, the Dragons are used to fielding depleted squads and have shown they are more than well enough equiped to deal with the outs. Only time will tell whether it will prove too much this week, but the second place side is always hard to tip against.

A spot back on the winners list is up for grabs for the Gippsland Power as they host a Western Jets outfit looking to make it three-consecutive wins. The Power went down to fellow top four fancies Sandringham last time out, largely on the back of having nine players suit up for Vic Country instead, as well as losing mid-season draftee Kyle Dunkley. A week to adjust to the wealth of changes may prove handy for the Power, who still managed to push Sandringham to within four goals. Western had no such troubles last week in a big win over Bendigo, and will in fact be strengthened by the return of Metro representative Josh Honey, as well as Emerson Jeka from injury and Will Kennedy from the Young Guns game. In a rare instance at this time of year, they are essentially a couple of players off being at full strength, which will more than bode well for them in this clash. The Power will have some shuffling to do with an extended bench named, but have the remaining talent to get up and consolidate their spot in the top four. It will be a tough ask against the flying Jets, and should be one of the closer contests of the round.

Contrasting form lines tell the story in the lead up to the clash between Greater Western Victoria and the Eastern Ranges, with the 6-2 visitors looking for a third-straight win, while the 2-6 Rebels look to snap a four-game losing run. The Ranges have been a surprise packet thus far in claiming a top four spot, and bounced back well from a loss to Gippsland two rounds ago. Despite a bright start they only had one Metro representative last week in Connor Downie, who comes back in for this game. The form of Mitch Mellis was too good to refuse though, so he and skipper James Ross will both suit up for Metro this week, but will be covered by the likes of Chayce Black, Riley Smith, and Jamieson Rossiter as key ins. Given the remaining strength of the Eastern side and its consistency, the Rebels face a mountain to climb in overcoming the Ranges. That will be somewhat compounded as Country selection calls for Toby Mahony, but Nick Stevens and Isaac Wareham are solid ins across half-back. The home ground advantage should suit GWV, so expect some fight from them in what will be a tough game.

The Calder Cannons will be looking to rectify a 23-point Round 2 loss to Oakleigh when they face the Chargers for a second time this year to close out Saturday’s proceedings. Calder once again plays host at RAMS Arena with Warrawee Park unavailable, and will be in with a good chance of turning the previous result around. The Cannons come in on the back of two-straight wins, albeit over bottom ten sides, and have looked solid for their 5-4 record and seventh place. Meanwhile, sixth-place Oakleigh seems to be hitting its straps despite missing a host of stars, and will be buoyed by some great inclusions from school football and the Young Guns game. The likes of Joe Ayton-Delaney, Jamarra Ugle-Hagan, and Will Phillips are all classy inclusions, and will provide some spark to the line-up. Calder has also benefitted with its ins, as over-agers Josh Kemp and Mason Fletcher return alongside bottom-ager Campbell Edwardes as the Cannons look to replace the spine usually filled by their Metro representatives. Form would suggest this may be one of the closer games of the round, and if their first meeting is anything to go by, game-winners will need to stand up in order to get the job done.

The Tasmania Devils and Murray Bushrangers are set to face off in their curtain raiser match for the Allies and Vic Country clash at UTAS Stadium in Sunday’s only game. The Devils have been competitive over their eight matches so far, going at an even 4-4 having beaten GWV last week. While they face an underperforming Murray side, and move to a positive record will be tough with the likes of leading prospect Mitch O’Neill and bottom-agers Oliver Davis and Sam Collins selected in the Allies team. With Murray already without the likes of Lachie Ash and Elijah Hollands, Cam Wild becomes another called up for Country duties, while Will Chandler is set to suit up for the Allies. One who missed out on Allies selection is over-ager Ben Kelly, who comes back into the Murray side alongside fellow Young Guns player, Zane Barzen. While the Bushrangers are still finding their feet on the back of their key outs, this will be one of the few times where Tasmania will be forced to cover losses on a bigger scale, so it will be a test of who can adjust better. Expect a good contest in the lead up to a showcase of elite Under 18 football.