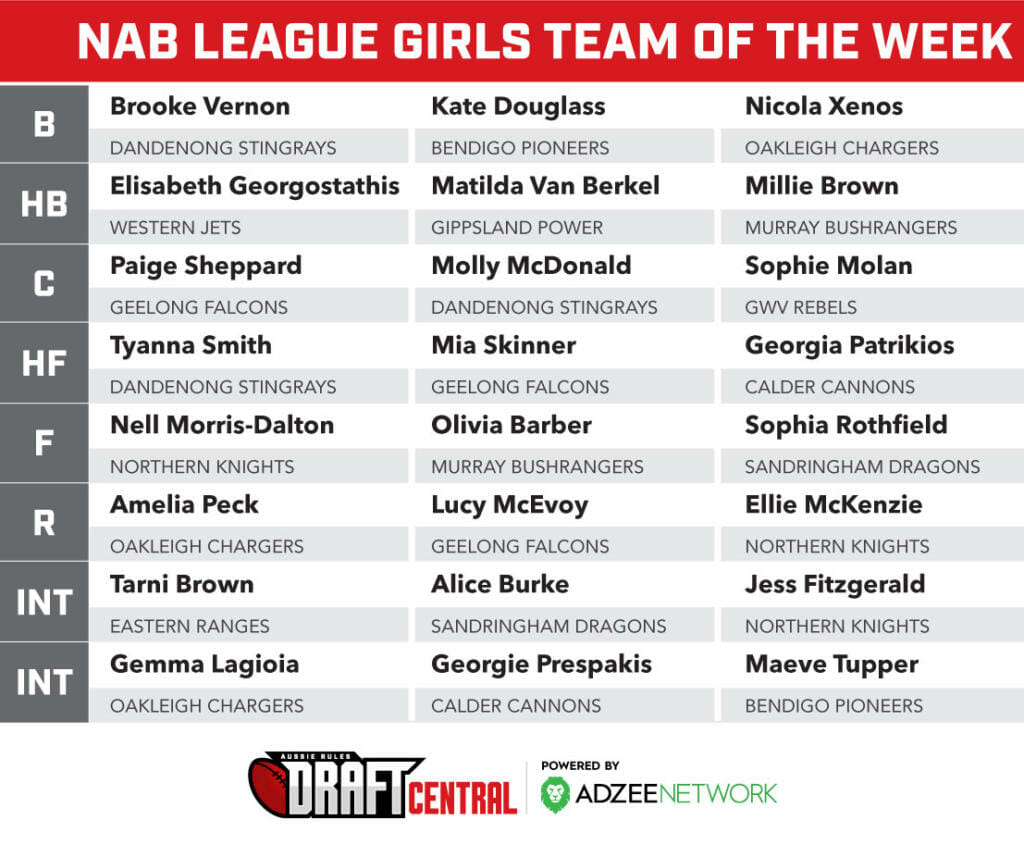 IN the final round of the NAB League Girls competition, there were a number of terrific performances across the board with eight teams bidding farewell to their premiership hopes for season 2019. Four teams remain in the hunt, with Calder Cannons, Eastern Ranges, Geelong Falcons and Northern Knights all preparing for at least another round of action with two teams to advance through to the decider. In this week’s Draft Central NAB League Girls’ Team of the Week, the Falcons and Knights have three players each once again, while other winners, Dandenong Stingrays and Oakleigh Chargers also have a trio of players in our 24-player squad. Calder Cannons and Sandringham Dragons tasted victory in the final round and have two players in the team. Round 9 losers, Bendigo Pioneers and Murray Bushrangers also have two players, while the remaining four losing sides have the one player in the team.

The backline features Team of the Week regulars, Western Jets’ Elisabeth Georgostathis and Murray Bushrangers’ Millie Brown, as Olivia Barber joins Brown in the team lining up at full-forward. Also in defence is Bendigo Pioneers’ Kate Douglass, who is in the side with teammate Maeve Tupper. Sandringham Dragons have Sophia Rothfield and Alice Burke in the side, while Calder Cannons duo, Georgie Prespakis and Georgia Patrikios make the team once again. Of the players remaining, they are the sole representative for their team, with Matilda Van Berkel (Gippsland Power), Tarni Brown (Eastern Ranges) and Sophie Molan (GWV Rebels).