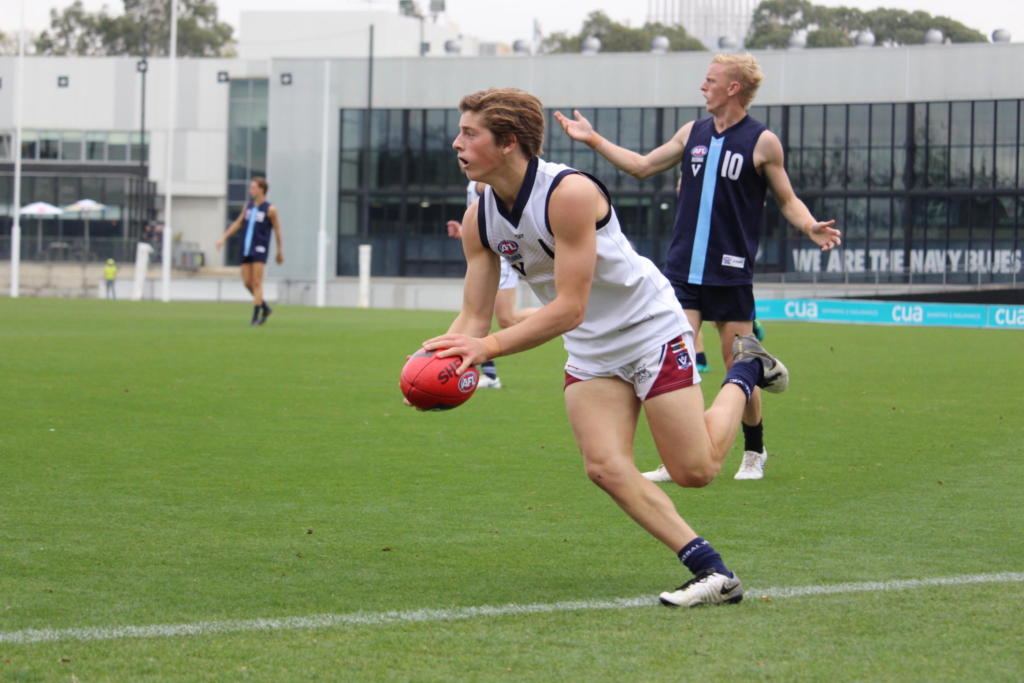 BENDIGO Pioneers’ bottom-ager Sam Conforti has become the first Country player to win the nomination for Draft Central Player of the Week for the NAB League Boys in Round 7. Conforti won the Facebook poll against Greater Western Victoria (GWV) Rebels’ Jay Rantall to also become the first bottom-age player to be nominated this season. It broke the dominance of Oakleigh Chargers and Eastern Ranges who held five of the first six nominations.

Despite the Pioneers losing via a kick after the siren, Conforti continued his great form with 30 disposals, kicking a 66.7 efficiency and with a 34.5 per cent contested rate, while taking eight marks, two clearances, four inside 50s, six rebounds and helping himself to two goals in a low-scoring contest. Conforti led Vic Country in the National Under 16 Championships and was named Country’s Most Valuable Player (MVP), a great indicator of high potential. With no school football commitments, Conforti will lead the Pioneers midfield this season, and is a crucial player in the line-up.