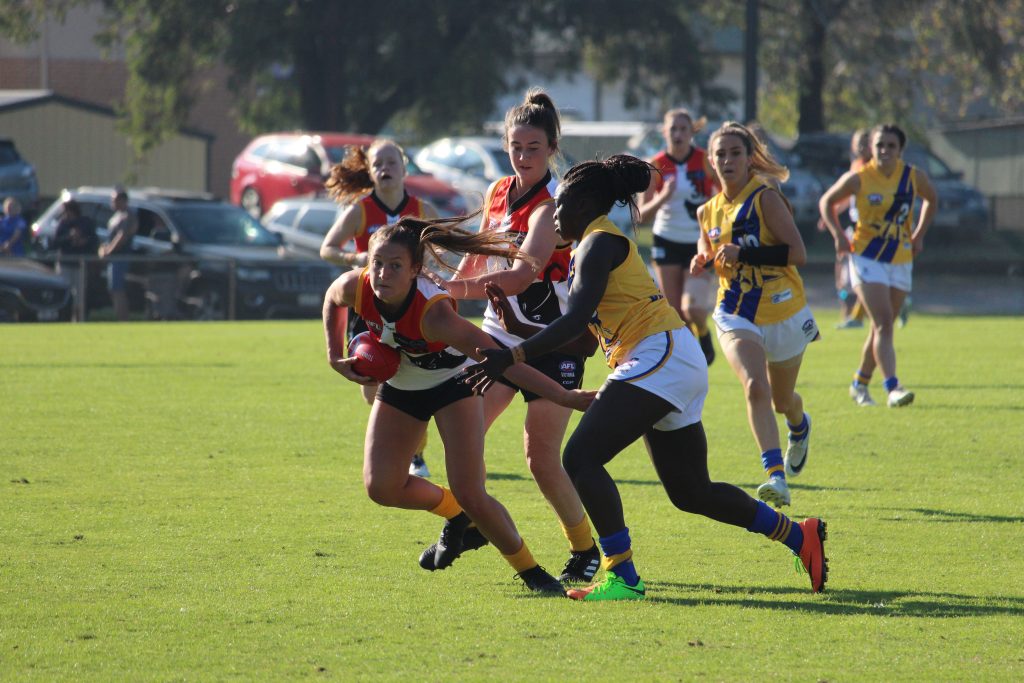 DANDENONG Stingrays midfielder, Tyanna Smith was absolutely everywhere in Round 9, with the tenacious middle-ager adding searing pace to a midfield which includes two pre-listed AFLW players, as well as clinical finishing inside 50 to make it a day out.

Scouting notes for Round 9 vs. Western Jets:

Added raw pace and excitement to the midfield, making Molly McDonald and Isabella Shannon‘s dynamic duo and terrific trio for the day. The thing that made Smith stand out was her ability to push forward and become a dangerous figure inside 50, where she was seemingly everywhere at times as she slotted multiple goals. Her best came from a forward 50 stoppage, where she broke away and kicked truly, with her streaming runs from slick roves a nice feature throughout. Had another eye-catching passage of play where she paddled the ball along the boundary on defensive wing, showing great strength to keep her feet and composure to come away with the ball. Arguably the most damaging Stingray on the day, a top game from the middle-ager.