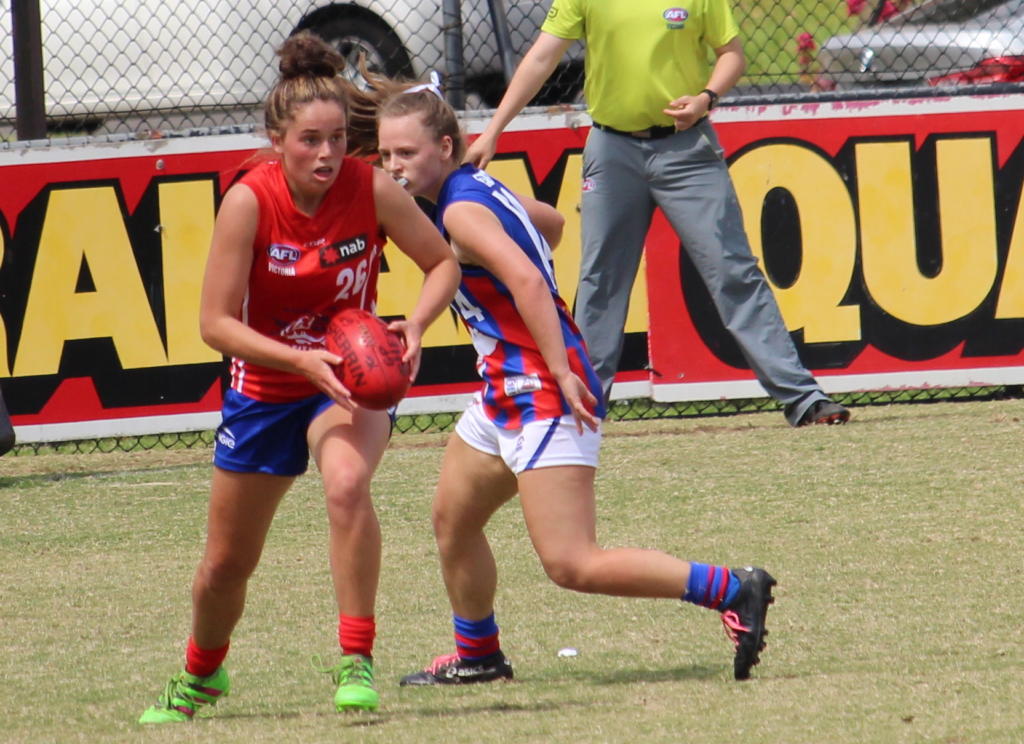 IT was a memorable weekend for Gippsland Power, recording their first victory of the year in a tight six-point win over Greater Western Victoria (GWV) Rebels at Shepley Oval. The best player on the field was middle-ager Grace McRae who has been in terrific form over the past two rounds, earning the nod for our Rising Star for NAB League Girls in Round 7.

McRae amassed 24 disposals, three marks, four inside 50s, five rebounds and laid an impressive seven tackles in the Power’s win, while also scoring two behinds. The inside midfielder has booted three goals this season, averaging 14.0 disposals, 1.7 marks, 1.3 inside 50s, 1.8 rebounds and 4.2 tackles. Her 24-disposal game was her fourth match with 19 or more disposals thus far this season in her first year with the Power. McRae joins Elizabeth Snell as the second bottom-ager to earn our Rising Star for the week, with two bottom-agers and three top-agers making up the seven rounds thus far this season.