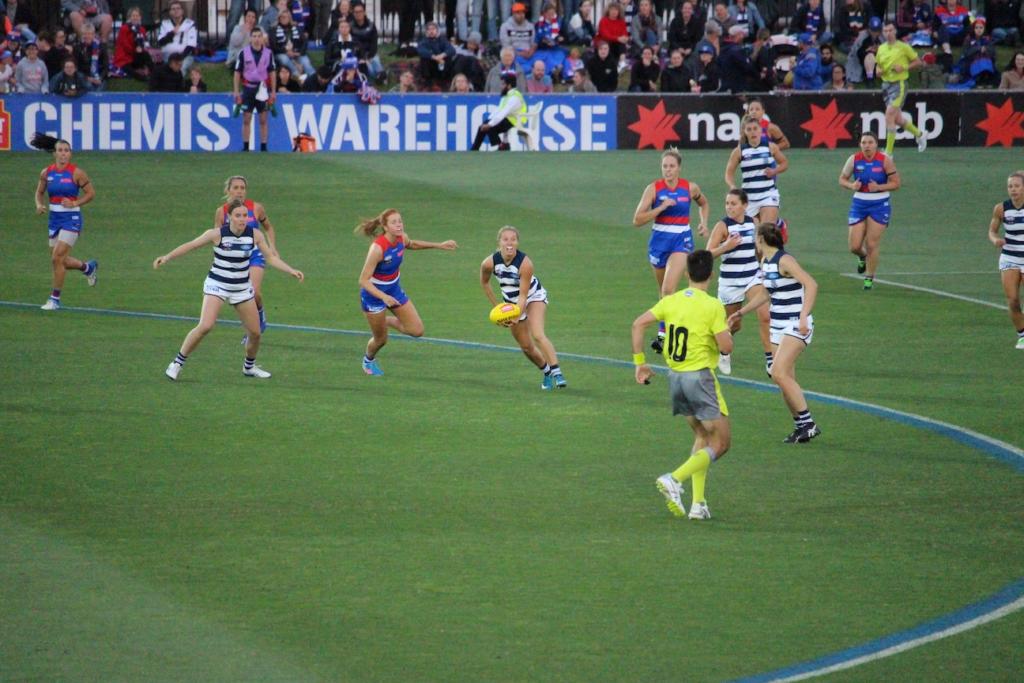 IN Round 3, forward Courteney Munn booted four goals on debut and highlighted a number of impressive draftee performances across the round.

Adelaide: Chloe Scheer
The South Australian champion exceeded her Round 1 performance in a big win over Geelong. She kicked two goals, with her last comfortably shutting the Cats out of the race in the final quarter. Her work overhead remains consistent as she leads well into space. She also displays an uncanny goal sense that makes her dangerous around the sticks. For the day, she tallied up 13 disposals, four marks and three inside 50s, as well as finishing as Adelaide’s second leading goal kicker behind Erin Phillips (three goals).

Brisbane: Jesse Tawhiao-Wardlaw
After missing her first shot on goal against Fremantle, Tawhiao-Wardlaw found her first in her side’s loss to Melbourne, coming at the end of a first quarter which seemed to be keeping Brisbane in contention. Unfortunately, those hopes were quickly quashed as Melbourne returned five consecutive goals in the second. For the day, Tawhiao-Wardlaw had eight disposals, three marks and two tackles.

Carlton: Madison Prespakis
A contender for the MVP, Prespakis has somehow smashed expectations with possibly a league-best performance against GWS GIANTS. After earning a Rising Star nomination in Round 2, the Carlton recruit took things up a notch with a game-high 21 disposals and three goals. She boasted an excellent goal sense and found her forwards well, combining well with Tayla Harris (three goals) on several occasions to hit the board. Her individual performance saw Carlton to their first win and possibly a revitalised season with a new brand of attacking football.

Collingwood: Jordyn Allen
Allen continues to improve despite Collingwood’s struggles. The former Dandenong Stingrays captain received her first shot on goal and a career-high 10 disposals alongside one mark and two tackles on her way to 33 AFL Fantasy Points.

Fremantle: Parris Laurie
After a shaky second round performance, Laurie doubled her efforts with a 17 disposal game, smashing her previous highest. The 24 year-old made waves throughout Fremantle’s midfield, assisting attacking chains and dishing the ball off effectively. She finished as the second highest accumulator behind teammate, Kara Donnellan, and currently sits at a 77 per cent disposal efficiency, looking set to take the game on more in the coming rounds.

Geelong: Olivia Purcell
Despite some issues with her disposal efficiency (37 per cent), Purcell currently sits as Geelong’s best young asset after Nina Morrison suffered her anterior cruciate ligament (ACL) injury. In her junior career she was selected for both TAC Cup Team of the Year and the All-Australian team and received the Geelong Falcons best and fairest during her under 18’s year. She brings Geelong a new level of intensity on the inside, dishing the ball out from congestion and bringing players to the ground. Against Adelaide she had nine disposals, one goal, one mark and two tackles. This was Purcell’s first score for the season and hopefully leads in many more.

GWS Giants: Yvonne Bonner
In only her fourth game of AFL, Bonner is playing like a veteran. In their loss against Carlton she remained a pillar in the forward line, marking everything that came her way and setting up multiple goals for her teammates. She also earned herself an early nod at the goal of the year with a gather and round the body snap from the boundary line. She assisted Christina Bernardi twice in front of goal and kept up the intensity despite Carlton’s dominance. For the day she tallied up 13 disposals and eight marks.

Melbourne: Tyla Hanks
The Gippsland Power and Carlton VFL gun was pivotal in Melbourne’s interstate win over Brisbane, with a career-high 12 disposals, four marks and three tackles. She dropped the ball in well to her forwards (three inside 50s), helping to assist Melbourne’s relentless goal pressure. She currently averages 10 disposals and 57 per cent disposal efficiency, but those numbers have only climbed since her debut.

North Melbourne: Courteney Munn
The debutant just showed another string to North Melbourne’s impressive forward bow, booting four goals in North Melbourne’s big win over the reigning premiers. Munn had 11 touches, four marks and two tackles in the victory, but it was her four goals, some of which were very impressive and showed maturity beyond her years. Her elite 91 per cent disposal efficiency was also a highlight and Munn certainly cemented her spot for Round 4.

Western Bulldogs: Celine Moody
Moody continues to prove herself a dominant ruckman as she beat out her Roos opponent, Emma King, in the weekend’s loss. With 15 hit-outs to 11, Moody has shown she knows how to scrap with the best, notching her average up to 11 after a weaker performance in Round 1. In the loss, she picked up four disposals, one inside 50 and two clearances. Moody is well on her way to a big career if she keeps improving like this.